6 people are having a discussion on the topic (Gaurav, Amrusha, Juhi, Sarvesh, Bhavin, Khushbhu). The GD topic is Are driverless cars safe?

Bhavin: Hi all. The topic for todays group discussion is "Are driverless cars safe"? There a lot of companies which are investing heavily and it seems that they will take all precautions to make the cars safe.

Sarvesh: I agree. Companies like Tesl, Toyota, Honda are investing billions of dollars as they see a massive opportunity in this field. With good roads, GPS navigation, high speed internet, self driving driverless cars seems to be a good business idea.

Juhi: I beg to differ. While the concept is good, there are certain elements which a machine or software can never predict. What is there is a malfunction in the program or loss of internet or a sudden failure of car parts? All these cannot be predicted and can be catastrophic. 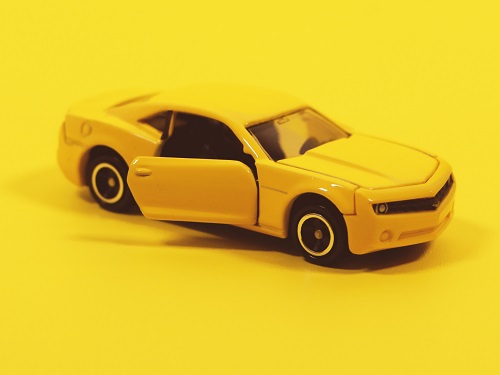 Amrusha: I totally agree with Juhi. While it is a business proposition, it not be considered safe. Even a plane which works on auto-pilot must have a human in the cockpit to ensure a sensible, rational decision. There is a huge difference between being automated & being autonomous.

Khushboo: Thats true. An automatic car is where functions like navigation, gear changing, speed control, viper, headlights, airconditioning etc are automated but still requires a human intervention. On the other hand, an autonomous car is where car will travel without any human in it. While an automatic car can be improved, the idea of autonomous vehicles is certainly not safe.

Gaurav: All those concerns are fine but then that is why companies are investing & testing. As per a report, more than 94% car accidents happen because of human error. A fully automated driverless car can also help reduce crashes by human error.

Sarvesh: Financial experts say that by reduction of car accidents more than $200Bn can be saved in USA alone.

Bhavin: More than money, globally 10million lives can be saved by preventing human errors while driving.

Amrusha: These might be statistically true, but then if there is an accident or death in the case of a driverless car, who will be responsible & accountable? The car owner or the car company? And how will justice be served to the victim?

Juhi: Also, if it is a software or program, it will always be vulnerable to hacks or security breaches or software malfunctions.

Khushboo: In the concept of driverless cars, there will always be an ambiguity in terms of human life.

Leading auto companies as well as tech giants like Uber, Nvidia, Microsoft have been investing billions of dollars in having self driving cars. There are several benefits, including elimination of human errors while driving a car. However, since these cars would be prone to hacks or malfunction, that is a valid concern. Also, in case of an accident by a self driving car, who will be held responsible?

Facts related to the group discussion

3. Tesla, Toyota, Honda automobile companies have all been linked to self driving car projects.

4. Tech giants like Nvidia, Uber have also started exploring this area of business.

5. As per a US traffic report, 94% car accidents happen because of human error.

6. Autonomous cars can save 10 million lives worldwide & $200Bn in US from car crashes.

« Will the movie business shift from Theatres to OTT Platforms? Is virtual office & online education a new world order? »
Important Group Discussions
Share this Page on: