What is Bargaining Coverage?

The formula is given by: 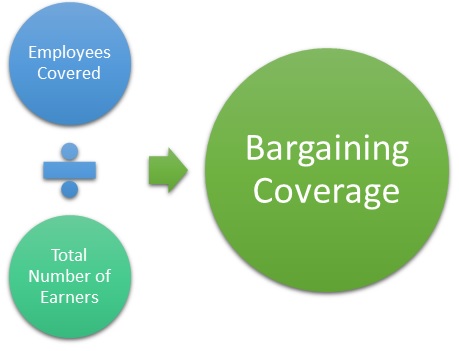 Some advantages of are:

1. It helps to measure the effectiveness of a Trade Union and its bargaining abilities

2. Employees can make informed decisions as to which trade union to support, which would be able to influence the terms of employment and give better compensation and benefits.

Hence, this concludes the definition of Bargaining Coverage along with its overview.