The threat of new entrants in the John Lewis Porter Five Forces Analysis can be explained as follows:

John Lewis Plc is a UK based company focusing on the sales of general merchandise. This includes convenience stores, departmental stores, super centers, hypermarkets, warehouse clubs etc. The products sold by the companies like John Lewis are such that they are brought by most of the customers only from established firms. Thus, there is a difficulty for the new entrants to change the mindset of people. Besides, the is a lumpsum amount of capital investment required for a new firm to establish its operation. Big players can always come up with economies of scale operations like combo offers, discounts etc., which new entrants might not be able to replicate—the products which these brands are known for their quality and have also reached the peak of it. Thus, the new entrants will have to invest a lot into the research and development efforts that drive the cost requirement higher. The marketing campaigns undertaken by old firms will also be not replicated by the new firms, thus driving the threat of new entrants further down. Thus, the threat of new entrants is a weak force when it comes to the operations of John Lewis. 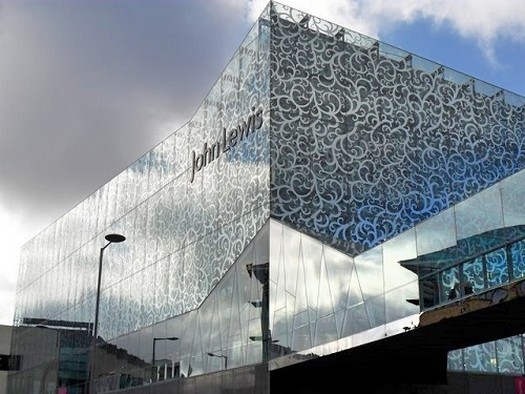 Below are the threats of substitute products of Porter’s Five Forces analysis of John Lewis:

The product portfolio of John Lewis is such that most of them cater to the general merchandise requirement of the customers.

These are products that generally do not have a product substitute. These cater to the day-to-day use of the customers, and hence the customers normally look for the most economical product they can get their hands on. The quality of the products is the make and break of the deal, and hence the existing brands cannot compromise on that. There are generally products available in all price ranges, and quality will also change from range to range. Thus, there are chances of customers settling down for low priced products offering decent quality. The brand has to bring them to their products through their marketing and advertising campaigns. The company should also try to bring differentiation to its products, thus making people stick to its products. Overall, the threat of substitutes is a moderate force.

In the John Lewis Porter Five Forces Analysis the bargaining power of the customers can be explained as:

The customers generally price sensitive in nature. They are always allured by the most economical deal unless they are so keen on loyalty. Thus, the bargaining power of customers is high in the case of the sales of general merchandise. The products are used to meet the common requirements of the customers. Thus, there is little product differentiation between John Lewis & those offered by various brands. The quality of products does not differ that much between different sellers driving down the bargaining power further down. But there is a name and fame associated with established brands that customers would like to associate with. This makes customers willing to pay for the product irrespective of the price. There is no threat of backward integration by the customers. This brings down the bargaining power of customers further down.

Thus, the bargaining power of customers is a moderate force affecting the operations of John Lewis.

Following is the bargaining power of suppliers in the Porter’s Five Forces analysis of John Lewis:

The impact of key competitors in the John Lewis Porter Five Forces Analysis is as follows:

It has an annual revenue of $12 billion USD, and they sell products in Lewis and Partners department stores, Waitrose and Partners supermarkets etc. The major competitors of John Lewis are Mark and Spencer, Debenhams, Asda, House of Fraser etc. These are equally strong firms that offer almost the same product portfolio at comparable prices. All these companies serve the same market, which is already saturated in terms of growth. The products served by these companies are those which cater to the day-to-day use of the customers, and hence there have already acquired enough market Reach. The companies can now break the deadlock only through their intense marketing and advertising campaigns. But this can be risky because fashion trends of the people may change anytime. The quality of the products is almost top-notch, and hence the companies have to invest more in the research to make a breakthrough. Any innovative changes in the industry will be easily replicated, increasing the intensity of competition.

Thus, competitive rivalry is a strong force affecting the business of John Lewis.

To conclude, the above John Lewis Porter Five Forces Analysis highlights the various elements which impact its competitive environment. This understanding helps to evaluate the various external business factors for any company.