GD Topic - Tesla Electric Cars- Will they Change the Way We Travel?

6 people are having a discussion on the topic (Vinith, Vasudevan, Vivekananda, Varun, Subramanya, Ravindra)

Vinith: Good evening friends. Today we are here to discuss how the concept of electric cars has evolved in the past two decades and how Tesla, an electric car company, can change the way we travel. In my opinion, if an electric car gives the same performance as a car running on hydrocarbon fuels, and looks equally good, it is bound to attract a lot of customers.

Vasudevan: I agree with Vinith. Tesla cars are known as ‘disruptors’ in the market. The strategy of the company to promote powerful, feature-loaded electric cars has paid off.  As a ‘disruptor’, Tesla is way ahead of traditional car companies in embracing new technology.

Vivekananda: I believe that electric cars are still in the early stage of their life cycle. It will be time before we really know whether they will actually change the way we travel.

Ravindra: Vivekananda, I agree with the ‘early stage of their life cycle part’. However, Tesla cars have been called a ‘boon to the automobile industry’. Tesla motors have designed a standout piece of machinery which will make driving elegant and will also make you feel proud regarding the fact that you are contributing to protection of the environment.

Vivekananda: But Ravindra, it is not technology but the commitment to accept technology that matters. In our sustainability class, we studied how difficult it is for people to embrace new environmental friendly technology because it is considered to be inferior to the existing one.

Subramanya: Vivekananda, this is exactly where Tesla is winning. One look at the sales graphs of Tesla and you realize that this company has been increasing its revenues at a phenomenal rate. This is a testimony to the fact that people are embracing to this new technology.

Vinith: One of the key reasons for incremental sales is the ‘Direct Sales Model’ being followed by Tesla. With no dealers in between them and the customers, Tesla can control how sales are made. Giving honest advice to customers and driving home the point of eco-friendly transport is how Tesla is winning its customers. 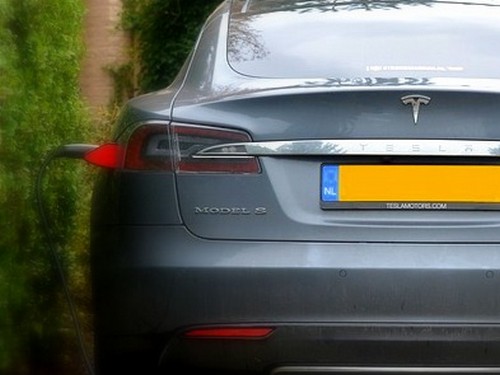 Vivekananda: And this is the reason why it is very difficult to say that Tesla cars will change the way we travel. The most important consideration would be whether developing countries embrace this technology. Look at Reva, the electric car manufactured by Mahindra, or Mahindra’s newest electric car e2o. They were both big failures in the Indian market.

Vasudevan: Vivekananda, aren’t we forgetting that fact that Tesla cars are more modern and have more features than any other electric car and many hydrocarbon cars. A lot of us know about the advances it has made in the autopilot technology. Tesla Motors has won the award for designing the ‘most secure cars’ in the United States.

Varun: Vasudevan, here is when I raise a lot of doubts. This technology has a lot of negatives – millions of drivers will be rendered jobless if this technology is used in other transport vehicles, more impact on electricity production companies, complete overhaul of traditional hydrocarbon engine manufacturing processes, and ‘computer taking over the lives of men’ problem.

Subramanya: I agree that negatives are involved. But every system has its negatives and positives. In the case of Tesla, positives outweigh the negatives by tonnes!What about the decrease in the use of hydrocarbon based pollutants? What about the prevention of millions of deaths due to rash and negligent driving? People will not have to memorize directions.

Ravindra: And add to that the benefits which will be earned by battery companies. Steve Levine, the author of Powerhouse, has predicted that the battery market would be worth 100bn dollars if Tesla succeeds.

Vinith: Look at the benefits the consumers will receive. Any new technology will find competition from others. This will lead to new and improved electric car technologies being offered by different companies. Consumers will win because of this.

Vivekananda: I agree with the fact that Tesla cars have enormous potential. But I would still say that it is too early to call them the cars of the future. The cars are too costly for mainstream customers. Also, drivers will still be resilient to adapt to the 'auto-pilot' technology. Finally, setting up required infrastructure will be a huge challenge.

Tesla's new technology has surely created ripples in the industry. This technology, if embraced by users, will lead to massive gains in terms of pollution prevention. However, there are still some apprehensions regarding the price, the infrastructure, and the viability of the auto-pilot technology.

• Tesla’s market cap now exceeds that of Ford, Fiat, and Suzuki – most of this rise is because of the advances in recent years

• To lower costs, Tesla is planning to spend 5bn dollars to build its own battery manufacturing factory

• With only 52 Tesla showrooms across the US, the ability of the company to deliver on sales is nothing less than phenomenal

« Is Internet a luxury or a right? Are E-Commerce Companies Right in Choosing the App-only Option? »
Important Group Discussions
Share this Page on: