GD Topic - Is Internet a luxury or a right?

6 people are having a discussion on the topic (Mallika, Keerthi, Kruthi, Abhipsa, Kunal & Arshdeep)

Mallika: Good morning friends. Today we are here to discuss if access to ‘the 20th century invention, the 25 year old Internet’ is a luxury or a right?

In my opinion, Internet which has become integral part of our life in obtaining tickets, messaging, recharge mobiles, etc. Now that even govt. schemes like Digital locker are dependent on internet access, it should be treated as a right.

Keerthi: I agree with you, Mallika. As Barack Obama put it, Internet is a right. Lack of access to it can cause divide in culture and deprive those sections of modern developments which can affect their standard of living.

Kruthi: Yes Keerthi, Adding to it he introduced connectHome to connect every 1 out of 4 homes in US that do not have access. So internet today is essential component.

Kunal: I agree with what you said but for country like India where sizeable portion of population still lives below poverty, Internet is not a concern. Electricity is a new technology for many villages in our villages and internet is not what they are looking for now.

Arshdeep: Yes I agree with you, Kunal. Internet helps us daily in many ways but I don’t think it so essential to be treated as right. We still pay for our internet and those who cannot pay cannot access it. Hence it is luxury and not a right.

Abhipsa: It’s true, Arshdeep that Internet in India may be seen as a luxury but across globe it is being seen as a right. According to UN Special Rapporteur report, 2011, Internet is fundamental right as it allows for free expression and free access to information. It also called for states to ensure Internet access for all its citizens. May be its time for India to treat it as right and not luxury. As per BBC survey, 4 out of 5 people treated access to internet as fundamental right.

Arshdeep: At this point, May be internet can be a right in developed countries where 90% of population has access to internet in some form and states can afford to provide internet through budget allocation. Where as in developing countries, the internet is yet to penetrate at the gross root level and our government cannot afford working on internet at this point. 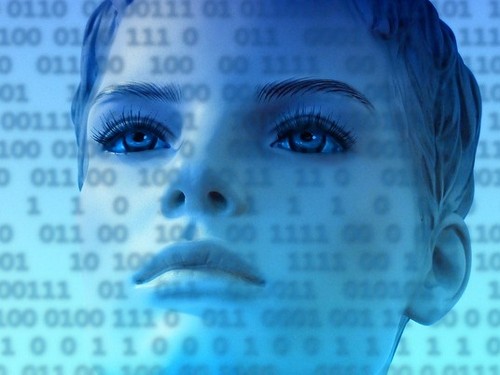 Keerthi: I do not understand why government is only responsible to this. For connectHome in US, Google is providing the internet access with zero price for those needed. In India, Facebook launched internet.org to provide free access to internet. In Sri Lanka, where internet connectivity was limited, Google launched innovative balloon based net access so that everyone has access to internet.

Abhipsa: Yes and ironically, Internet is key for people like us to know of such things and to understand what can be done to improve our lives. Internet is very powerful enabler in this regard.

Kruthi: Also one must not forget, the role internet can play in development of Indian economy and life style. Farmers can access latest prices and weather trends and students can compete and improve themselves irrespective of the school they are in.

Mallika: Internet can be that equaliser India wanted to provide equal opportunity to all irrespective of caste, creed and religion. It can enable poor students to learn from internet with having to pay huge fees for tuitions. They also get access to vast resources on internet enabling them to understand recent developments in the field as well.

Arshdeep: Yes, but should we focus on feeding everybody or providing internet to people who are yet to be fully educated to utilise these resources. I think it will make sense to focus our limited resources to feeding millions who are hungry and are looking for immediate help.

Keerthi: Yes, I agree with you. But don’t you think Internet can help us achieve the same in shorter time. Updating government details on internet and easy access to such information reduced information asymmetry which is cornerstone of corruption in this country. With internet, we are able to keep all stakeholders updated and engaged in process of development.

Kruthi: Also Internet is now voice of nation with many people finding platform to speak against powerful decisions. Recently when Supreme Court passed a decree against same gender legislation, the whole protests were mainly voiced and planned with the help of internet. Where would these people go if you take away their medium of expression i.e. Internet. For me, Internet is as important as right to expression guaranteed in constitution.

Arshdeep: Also Indian constitution clearly elucidated rights and duties and access to internet is not indicated in that. For example, Freedom of speech is a right but Internet is just a medium to express. So it can be a necessity but to be called a right is a stretch at this point. Our country should progress further so that our state can provide and safeguard internet as a right.

Internet is essential in this millennium and there is no argument that future lies on internet. Hence access to internet should not be limited and should be treated as a necessity. But for developing countries, to treat it as a right may be challenging. The country needs further education in terms of usage of internet and its applications. Also states should be potent enough to support Internet as a right which can challenging given other priorities.

• Barack Obama called Internet a necessity rather than a luxury.

• He launched connectHome with the support of Google to provide equal access to school kids across nation.

• According to UN Special Rapporteur report, 2011, Internet is fundamental right as it allows for free expression and free access to information. It also called for states to ensure Internet access for all its citizens.

• As per BBC survey, 4 out of 5 people treated access to internet as fundamental right.

« How safe are app-based cab services for customers? Tesla Electric Cars- Will they Change the Way We Travel? »
Important Group Discussions
Share this Page on: