GD Topic - How safe are app-based cab services for customers?

6 people are having a discussion on the topic (Abhay, Srishti, Ratna, Anand, Rupesh, Maulik)

Abhay: Friends when app based cab services arrived in India young Indians assumed that finally they got a chance to use safe and secure cab services but recent incidents of harassment of a young executive proved the very assumption wrong. It’s not about comparing them with traditional taxi’s but to acknowledge the fact that trust has been broken and it would be very difficult to give these cab services a clean chit

Maulik: I agree to my friend Abhay here that trust has been broken but its matter of introspection to find out reasons for the incidents that recently happened. Is it fair to blame these apps based services that are merely connecting drivers with customers or such drivers are main culprit?

Srishti: Maulik no doubt these drivers are primarily responsible for such barbarous acts but when at the midnight, I call cab through my app for going to airport rather than troubling my friends and families, I assume that I would get safe and secure travel as some of these app services announce themselves as ‘Everyone’s private driver’ . Abhay is quite right to say that these services have lost trust and I don’t think it’s safe anymore to be trusted

Anand: At this point of time I would like to point out that very fact that these app based services are merely connecting drivers with customers is primary reason to get worried. Uber and Ola don’t have any authority over the cabs and cabs are being owned by drivers only. It’s the main reason still these caps don’t have any GPS tracking system. How can they ensure safety if they don’t have any authority about their cabs or drivers?

Ratna: Friends we are leaving a key point here, these app based services started their operations in India a considerable time back still our government failed to see their entrance and to formulate any sort of policies regarding their operations. Some of business men owning fleet of cabs merely sign contract with these cab services and then randomly hire drivers to drive these cabs and people got betrayed by these cab services who think they are being driven by professional and trusted drivers 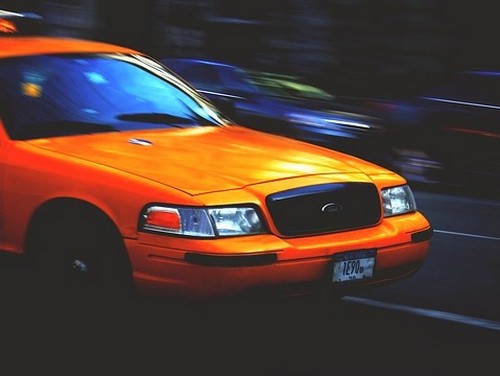 Maulik: Friends we are forgetting basic business tenet you can’t be held responsible for things that are not under your control. Uber and Ola work on simple principle to ease the transaction. They are not claiming to do anything above that and how can they be blamed for actions of drivers who are not even their employee. Is it not right to inspect failure of our society and state rather than just blaming a multinational company for that matter? After all, it’s not that these incidents started only post arrival of these apps based services. Delhi witnessed incidents of crimes against women in the recent years for which only and only our society and state were responsible

Abhay: This is the very reason Maulik why they should be more responsible. It’s rightly said that power commands responsibility. These companies with huge technological backbone could make a difference to Indian citizens and could make the travel safer.

Rupesh: Abhay here I want to bring another view point and I know that we started with saying that we will not be comparing these app based services but why not? If we are saying that these app based services are not safer then what is our frame of reference. Currently they are spread to all the major cities of India and with fresh investments of $ 1 bn by Uber and $ 40 million by Ola they are expected to spread across all over the India. Is it right to curb their growth at this point? Prior to arrival of these app based services we were at the mercy of traditional drivers about whom we were completely unaware of. In numerous of instances they were found drunk; misbehaving with customers and charging exorbitantly for the trip. With these professional companies you are at least aware of name of your driver and his mobile number. Uber and Ola also don’t allow anyone to drive without a valid taxi permit. I admit still several steps could be initiated regarding safety but at least we are in better position than we were

Ratna: Rupesh, you are probably not aware of some facts, you are right that these app based services give chance to be featured in their app to only those who have a valid taxi permit but how often they inspect if cab is being driven by same person. It’s quite common that same cab is being driven by two or three drivers. You also mentioned that they are spreading across India and this again is a cause of worry. Please understand that without any protocols these expansions will cause influx of several socially undesirable elements in cab business as Uber and Ola compensate drivers handsomely.

Srishti: To conclude I would like to say that app based cab services no doubt has made life quite easier but future is stark and recent incidents have made them untrustworthy. There is no way backward so it would be impractical to ban these technologies and companies but the necessity is to make them perfect. These services should ensure that cabs were being driven by assigned drivers and strict protocols are to be followed for recruiting these drivers even including psychological and behavioural tests.

App based services are need of an hour and they made the life quite easier. Some apps even bring drivers within five minutes of ordering cab. Passengers pay for these cabs assuming safe and comfortable journey and these app based services should respect customers for that. Proper investment should be made to make the journey safer as fulfilling the social responsibility by these apps will pay back in future.

• By March 2016 Uber is targeting 1 million rides in India

« Is Over Dependence on Technology Deteriorating the Human Brain? Is Internet a luxury or a right? »
Important Group Discussions
Share this Page on: