GD Topic - Is Over Dependence on Technology Deteriorating the Human Brain?

6 people are having a discussion on the topic (Mallika, Keerthi, Kruthi, Abhipsa, Kunal, Arshdeep)

Mallika: Friends over the years we have increasingly became dependent on technology and becoming addicted to the digital screen. Young boys are girls are no longer required to go outside to play with their friends because thanks to play station and Xbox you could even compete in virtual Olympics with lots of online friends. No longer anyone, remembers his local streets and locality thanks to GPS embedded cell phones. No longer, we know our next door neighbourhood grocery shop owner or book store owner as everything could be purchased online now. Friends aren’t we imprisoning ourselves in virtual prison

Kunal: My friend Arshdeep just said that every technology has both ups and downs. It’s the primary issue we are not debasing importance of technology in everyone’s life but its overdependence. The term that should be used here is judicious use of technology. Use of mobile phones to be in touch with your friends and families is no problem at all but we often should get out and explore remote areas without network connection and wi-fi 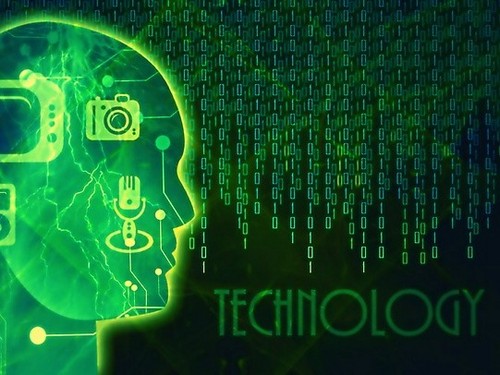 Abhipsa: Friends at this point I would like to state few points that could be useful in bringing fruitful conclusion to the discussion. 67% of people feel themselves checking their cell phones frequently for messages or missed calls. 44% people can’t sleep without their cell phones by their side and finally 29% of all people can’t imagine a single day without cell phone. Friends at this point one need to think if technology is mere necessity or obsession

Keerthi: Abhipsa the facts you stated could seem driving to conclusion but I would like to question the veracity of these facts. Students of a prestigious MBA institution, XLRI were taken to outbound training for three days. Before the training many complained about the compulsory trip and were unable to survive even for a day without cell phone but during the trip nearly everyone was whole heartedly enjoying the trip. Technology appeals to curious human mind so we remain attached to it but I don’t call it overdependence

Kunal: Keerthi, I would like to point out another side of coin. May be in the instance you discussed people were merely dependent on technology and not over dependent but what you would call of a case of a Korean couple who let their child starve to raise virtual baby in an online game. Can you call this merely dependence? I will not and it’s not singular cases.

Mallika: I agree to Kunal’s point here if there was any think line between dependence and overdependence we have crossed it long ago. In academic spheres also the impact of technology could be seen clearly. Learning is a long process which passes through stages of experience, observation, analysis and action but thanks to Google we are now just going for action leaving our learning incomplete. Can you imagine 40000 required online demonstration of how to boil water? I wonder where are moving when we can’t ask our friends, family and neighbours about basic things

Technology is no matter need of today and in now manner its importance could be neglected in this century but we are becoming overwhelmingly dependent on technological solution and feel helpless in absence of that. There is need for self-control and efforts need to be taken by family and society to make kids of this generation aware of the surroundings. Blending technological solutions with traditional learning technique could solve the issue

« Will the Chinese Market Crash affect Global Business? How safe are app-based cab services for customers? »
Important Group Discussions
Share this Page on: