6 people are having a discussion on the topic (Sahil, Vasu, Muthukumar, Sonika, Shivika, Archit)

Vasu: Good evening friends. We have gathered here to discuss the affect that the Chinese stock market crash will have on the global businesses. China is the second largest economy in the world and the most populated country in the world. Any drastic scenario is bound to affect the world adversely.

Muthukumar: Recently, Chinese market plunged and because of that 40% of its market wealth was wiped out. However, just this is not the pain point; it is actually the repercussions that it will have on the global economies. It is already sending panic attacks to the world.

Archit: The major reason for this was because the Chinese government tried to move from manufacturing base to consumer-driven base. They tried to inflate the real estate market. However, that did not work.

Sonika: The Shanghai Composite is heavily dominated by local investors with stakes north of 90%. Because of this insulation, the affect will be minimal.

Sahil: $3 trillion has been wiped off the stock market. That’s the equivalent of $500 for every human being in the world. That is the measure of the impact of this meltdown. This will definitely send some ripples through the world market.

Shivika: China as a major consumer will see a major drop in its imports. Export profits of countries trading with China will drop exponentially 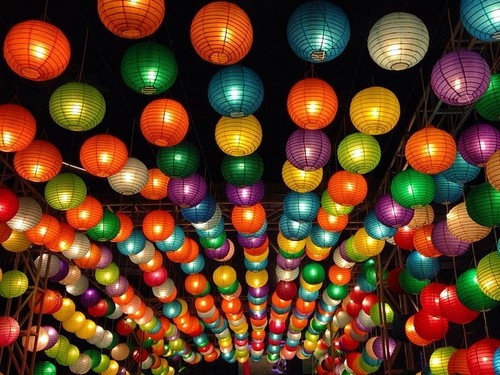 Sonika: With the potential that China has, investors will still invest, not in stocks may be but in other commodities like Gold, etc.

Vasu: I disagree. I believe that with the volatility and the risk having increased manifold, investors, both Chinese locals as well as foreign investors will look to move to other countries. Such as US treasury bonds which will lead to a major scoot in the NYSE.

Archit: Currencies of other countries will also increase against the yuan and his will lead to major changes in foreign trade policies and monetary policies of many a country

Muthukumar: Many industries have their manufacturing facilities in China. The huge crash is bound to effect the organizations as a result of reshuffling in the local laws, regulations and the labour market which is a function of the supply-demand function in the local economy

Sonika: The fallout has led to a major reorganization and reorientation of the market without a doubt. But, the market is returning to normalcy fairly quickly with little spill-over

Archit: Chinese consumption will reduce and it will severely affect the world. Australia, whose biggest trading partner is China, is already started feeling the jitters

Sahil: There are major concerns of resource issues as China heavily depends on imports for resources. The foreign exchange spending will increase as a result of fall in currency value. Countries who export to China will benefit.

Sonika: Fallout of such great magnitude, yet the US market saw a drop of only 1% further proving that the effect was an isolated case.

Shivika: China has largest base of goods and commodities - stock fall can affect US markets too in long term or if fall accelerates.

Archit: Another factor which is of great concern is the amount of speculation that the stock market has resulted in. Investors are very sceptical of the efficacy and the credibility of the stock market and the recent cases of scams and frauds will further fuel the case and may escalate into major recessions.

Shivika: Investors are questioning the bureaucracy and the government for the lack of regulations. Investors believe that the region as a whole is going through a phase of pseudo growth and the foundation is based on faulty premises of socialism.

Archit: Asia is the centre of attraction for investors and such market crashed will lead to drop in the level of association of investors in this developing region of the world.

Sonika: If we want to discuss the happenings in India, we would realize that the meltdown had minimal effect and the Indian stock market fell by only 1.72% and FDI is going stronger than ever.

Sahil: Yes, there have been no negative effects but it has created a stir in several Indian industries. As a consumer, for India, it is good news. The prices of copper are at 6-year low. Infrastructure development in India will go up as a result.

Shivika: Also, electronic devices and mobile equipment will become cheaper and this will lead to a drop in the prices.

Vasu: Chinese slowdown has mixed impact on Indian market, it is very bad for the automobile market, whose largest growing market was China, will feel the pinch.

The Chinese Stock market crash has had a major impact on the Chinese economy and the way in which investors look to the Chinese market. Although, the Chinese market mostly comprises local investors, yet the consumer base and the consumption, by virtue of it being the most populated country in the world, has led many an industry across countries to relook at their strategy. Moreover, the speculation that the fallout has stirred has led to a major impact across the world.

• China contributes to more than 30% to global economic growth. It, until very recently was of of the fastest growing economies, growing at 7% and is expected to grow at 4% after 2020

• China has a population of 1.4bn people and hence is the largest consumer base in the world. The focus of the economy is on the domestic consumption more than industry or exports

« Venture Capitalist Funding for Startups - A Bubble about to Burst? Is Over Dependence on Technology Deteriorating the Human Brain? »
Important Group Discussions
Share this Page on: