GD Topic - Venture Capitalist Funding for Startups - A Bubble about to Burst?

6 people are having a discussion on the topic (Durga, Anirudh, Ajit, Bhanu, Anurag, Gyanesh)

Durga: Let me start with a fact – more than $48.3bn were invested in US start-ups last year, the highest since 2001. The topic might say that the venture capitalist bubble is about to burst. Venture capitalists do not seem to believe so.

Ajit: More than this, we must also know that most of the investment was in ‘expansion stage’ – a stage when start-ups have already been established and are looking for greater achievements. This is very different from the dot com bubble when investments were majorly in the ‘seed’ i.e. origination stage.

Anirudh: I would like to take the point of ‘dot com’ bubble burst a little further. Before the burst, the unicorn stock i.e. private stock in layman’s terms, was made public. The public poured in their money in these companies. After a while, the public realized the actual value of the stock and started selling in a frenzy. On the other hand, the current start-ups stock is present more as a unicorn stock than as a public stock.

Bhanu: A bubble is a cycle – every company faces a situation when it suffers huge losses after experiencing huge gains. Their graph looks similar to a sinusoidal curve. However, the lop-sidedness of this curve can be seen if venture capitalists invest in established start-ups rather than investing in ‘seed’ companies.

Gyanesh: I think we are all missing a point here. The so-called ‘established’ start-ups are nothing but companies that have mushroomed in the past 5 years and are not even making profits. In fact, their higher valuation has given rise to a utopian situation which has led to greater uncertainty. 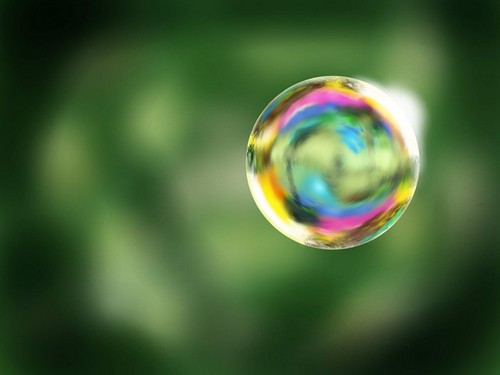 Ajit: But Gyanesh, we must understand that start-ups depend on venture capitalists. The people in such companies have ideas and a zeal to succeed. All they lack is the required capital to turn their ideas into reality. Look at what flipkart has achieved so early in its career.

Anurag: Also, Venture Capitalist funding has made the Silicon Valley what it is today. Look at the competition it has created among these start-ups thereby bringing out the best from them.

Gyanesh: Let me talk about Venture Capitalist funding. Where do these VCs get their funds from? Many of these VCs spend public money on investing in these start-ups. These VCs are investing in low credit firms based on a bullish market. These are essentially bad investments.

Durga: I disagree on that point Gyanesh. As far as I know, VCs consist of entrepreneurs who raise money. Also, about the low credit rating, these start-ups have to build their reputation in the market and garner public support. Their high P/E ratios might be misleading, but the reality is that these high P/E start-ups know that they will suffer public wrath if they take any decision that lacks sense and goes against the public mandate.

Gyanesh: Dear friends, statistics and the odds are stacked against the start-ups and sooner or later the ascent will reach a breaking point. The public will realize the numbers are just an illusion.

Bhanu: Many economists have predicted that the bubble will burst within a decade as the ROI is not feasible. Venture Capitalists will invariably pull-out. I hope we all agree on this – uncertainty still persists.

• The total number of funding rose 12 percent from the first quarter of 2015, while the amount of invested capital jumped 15 percent.

• Start-ups have inexplicably high P/E ratios and extremely low ROIs – a state of concern for investors.