6 people are having a discussion on the topic (Abhay, Srishti, Ratna, Anand, Rupesh, Maulik)

Srishti: Well, I believe, Social media is actually connecting people, it has given an opportunity for people to come over a common platform and share their thoughts.

Anand: True that. If we consider Facebook, it has really connected people over internet and chat or share information, which earlier was not so easily possible. It defies the physical proximity. More so, with the introduction of video chats and video channels, it feels like the person is present right in front of you

Srishthi: Exactly, there have been a few cases in which social media has allowed or helped old friends who were not in contact since a long time.

Rupesh: I agree with what you are saying, however, meeting people over Facebook or twitter or some other platform has actually made people less sensitive about the actual physical meeting. Everyone is going towards the virtual world, which is not exactly have been the way of living for humans

Ratna: Very well said Rupesh, I think the world is becoming smaller every day, we are getting closer digitally but our hearts have never been far out 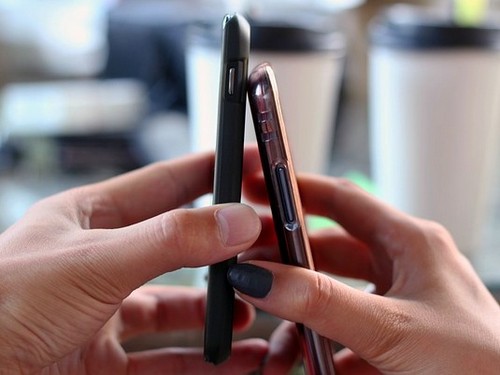 Maulik: The generation Y is addicted to the social media. We spend close to half our lives on social networking sites and this is increasing alarmingly. I understand that people have connected through however, it only enables connections, doesn't do it for you

Anand: Still there are positives as well. The hash-tag culture, which was started by Twitter has swirled worldwide. A spark can turn into a huge fire in minutes with the power of social media. People can now express their beliefs freely over these websites.

Abhay: Exactly, social media has instilled hope and courage. It has helped in building strength among public be it coping with cancer, be it anything else, it has generated an immense positivity, a lot of people have found a role as online motivators

Srishti: Personally, I have connected with dozens of old friends that I thought I would never talk to again. You just have to take the step and connect with them in real life for proper connections. Without that connections are only superficial

Anand: Yeah, it does help in building relationships; many people have found their soulmates over the internet. Do it the right way rather than point out the outliers

Maulik: The present generation would rather chat hour after hour rather than spend a quite evening with a special few and actually connecting

Ratna: The situation has come to this that two friends sit in the same room and yet chat with each other. Our private lives is no longer private. We no longer click pictures for memories, but to garner a certain number of likes

Maulik: Also, people tend to misuse the freedom of sharing on any topic. They hurt the sentiments of a community or society, which have led to bigger issues as well

Rupesh: One of us talked about people meeting online, sometimes those who connect only on Social Media may be complete sut-ins without it.

Ratna: Absolutely, adding to that, Cyber-bullying reduces connectivity in social media due to fear

Abhay: Yeah that is really true, however social media has immense power in itself, just for an example: during Nepal earthquake tragedy, people tweeted for the occasion, it built awareness, and people shared contact details etc., many people found help because of social media

Srishti: Another one is of charity. A child needs blood urgently, just a tweet mentioning location and there, you get more than a hundred donors in line. Lives are interconnected because of social media

Anand: Most importantly it has given public a platform to vote for issues that grapple today's world - similar thinkers debate with another set of thinkers

Maulik: Whilst all of us are correct in a way or other, I and I guess we all, believe that social media is powerful, has helped many in people in many ways, however, to conclude, controlled behaviour on social media is apt. Going out of line, in a wrong way, or mis using the platform is wrong. Also, being addicted to such tools is not good for humankind.

Social media is a tool of many uses. It has facilitated our lives in different ways, it has connected people with their friends whom they thought were gone forever and they would never meet again, talk again. It has given certain set of people a chance to find their love interests as well. It has empowered common man, it is a vital tool for mass communication. Just a 140 character tweet can create such huge impact. However, with all the benefits shines the other side of the coin. There have been cases of misuses. People tend to write their views without knowing that they are hurting sentiments of others. It has also clogged people from becoming outgoing. They stick to their smart phones and other gadgets.

• Social media is the newest medium of networking, connecting and mass media

• 3.65 billion mobile users have access to the internet via smartphones and tablets

• The fastest growing group of new users on Twitter are aged between 55 and 64 years old.

« Should We Continue Increasing the Number of IITs and IIMs? Venture Capitalist Funding for Startups - A Bubble about to Burst? »
Important Group Discussions
Share this Page on: