GD Topic - Should We Continue Increasing the Number of IITs and IIMs?

6 people are having a discussion on the topic (Maulik, Keerthi, Sahil, Abhipsa, Kunal, Arshdeep)

Maulik: I would like to start with a Sanskrit quote, “ati sarvatra varjayet”- meaning excess of anything is bad. I feel increasing the number of IITs and IIMs is inversely proportional to the quality of these institutes

Keerthi: With 16 IITs and 13 IIMs – I think we have to weigh in quantity vs. quality. We need t ask ourselves, do we have the required number of teachers? The answer is an emphatic no!

Sahil: Yes, and as a direct consequence of degraded quality, I believe it dilutes their brand image. If an incompetent student from an IIT lands into MIT just leveraging on the brand name, he will make it difficult for all other students to get in later.

Abhipsa: I believe that the education system still follows the 150 year old British formula of producing clerks and the entire bureaucracy is trying to game the framework

Kunal: Interesting point, but I would like to point out that bureaucrats are very much against increasing the numbers of such institutions, it is the politician who are forcing such ill-thought out issues across.

Arshdeep: Good point, but apart from just brand image, I think that due to so many such institutes, the funding for research allotted to them has also dropped, and consequently their standards are falling further. 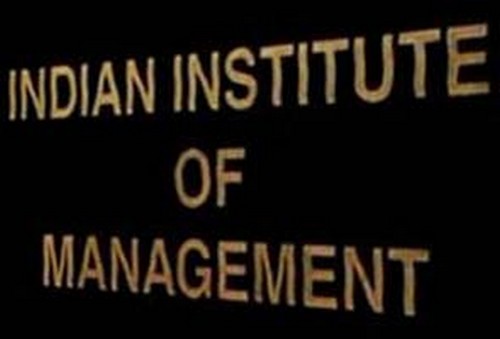 Maulik: Apart from that, I think there is also the factor of exclusivity. Best becomes best because others are not at that level, so I feel inclusion of more and more colleges would not help India in any way

Keerthi: Talking about exclusivity, I think focus should be on improving current NITs to IIT level. Once they are good enough, they may qualify to become an IIT. This way, numbers increase while brand image is not diluted. Maybe NIT Trichy/Suratkal, which rank up there with the top 7 IITs should get a chance that way.

Kunal: But don’t you think that more proliferation leads to enhanced opportunities for the underprivileged and rural people who have been underrepresented so far in such top institutions.

Sahil: The latest ‘achhe din’ budget saw a 2% cut in the education. Along with a falling budget, there has been an expansion drive of the IITs: From seven IITs in 1994, the plan is to have 23 this year and eventually 29 — one in each state. The number of IIMs has also been increased from 7 to 13.

Abhipsa: I believe that the fall in brand value is already palpable. In 2015, close to 600 seats went vacant after the first round of counselling at IITs revealing a serious drop in the brand value.

Arshdeep: Even if you believe so, I think that such decisions should be based on market requirements rather than a vote bank driven decision. Fee is high for IIMs but job market is not so encouraging. So even though these decisions please the voters, such institutes leave the candidates high and dry.

Sahil: Also, looking from an academic perspective, the academia is questioning the pedagogy being followed and are of the opinion that these are merely institutionalizing printing X number of degrees,

Keerthi: I think in conclusion we can safely say that as not a single IIT or IIM has a standing amongst the top universities of world in their respective domains, it is time for introspection and not for mindless replication.

IITs and IIMs in India have set the bench mark for higher education in India. The quality of these institutes are comparable to the best in the world and most importantly it is possible with the faculty, services and infrastructure provided. Increasing the number of institutes can be beneficial as large number of students can be exposed to quality education. But it should be made sure that there is no compromise on the quality provided across the new institutes, as it deteriorate the brand value as well as the overall quality. In simpler terms, the quantity should not decline the quality.

• Smriti Irani, HRD Minister 2015, has expressed her intentions to have 29 IITs- one in each state- very soon

« Should Commercialization of Space Travel be Allowed? Is Social Media Actually Connecting People? »
Important Group Discussions
Share this Page on: