GD Topic - Should Commercialization of Space Travel be Allowed?

6 people are having a discussion on the topic (Mallika, Keerthi, Kruthi, Abhipsa, Kunal & Arshdeep)

Keerthi: I agree with you, Mallika. Billionaire investors like Richard Branson and Elon Musk are trying to make space ventures affordable with cheaper solutions. Survey suggests that 70% people want a less than 2 weeks space travel and 88% have shown interest in space walking.

Kruthi: Yes Keerthi, Adding to it their organisations Virgin Galatic and Space Exploration technologies Corp. (SpaceX) transport ventures have come up with innovation to bring cost down and increase affordability.

Keerthi: Yes, privatisation helped inoculate new industry i.e. space tourism. When virgin galactica was launched 200 tickets whose cost was $200000 each were sold in days. This shows the kind of market that is waiting for enthusiasts to travel to space. 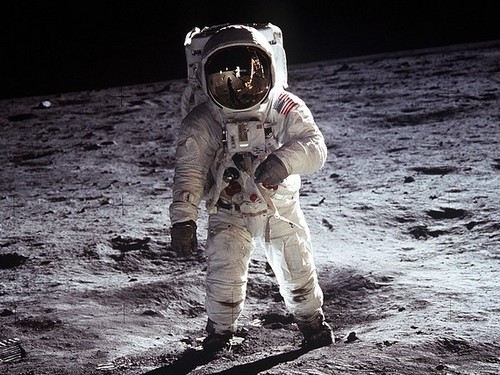 Abhipsa: Yes, but some people call it a richman’s hobby. Can the world afford it? We have millions hungry who can be helped.

Mallika: Ya, this solves that issue. Government need not spend money on space innovation. Private companies are willing to spend on it and are create millions of jobs and help economy indirectly.

Keerthi: Space agencies like NASA had severe budget cuts after the cold war. Currently funding in to the research programs is very limited. So commercialisation can help in this regard.

Kruthi: Adding to it, our current space travel technology has been largely based on developments in 60s. This field needs lot of funding and research for further development.

Abhipsa: Obama increased NASAs funding by $6 billion dollars over five years. All this is public money which can feed many and can be used for other programs

Keerthi: Yes, he did give $6 billion but it was mostly directed towards mars mission, asteroid missions which are most useful to country and not to fancy people. So it makes more sense to let space travel to private players. There are interested parties willing to spend on innovation and bring space travel in ambit of common people.

Kunal: I agree with your point of more innovation but these are profit driven organisations and they will not share their innovation to common people without profits.

Arshdeep: Essentially limiting the progress in technology to their firm. Space is a common resource of all and hence access to it should not be left to commercial firms.

Abhipsa: But one must not undermine the innovation and speed with which private firms can contribute to this field. For example reusable shuttles and vehicles have been developed by them in a year with much faster progress than government research agencies did.

Mallika: Exactly and all these with their own money and government did not have to shell out billions of dollars which can be spent on essential welfare programs

Kunal: Yes, but when government spends on research their goal is science and not profits. Privatisation can lead to differed goals as profits drive their research which can be harmful to countries as such.

Commercialisation of space travel can help in better innovation and increase affordability. But private players might be profit oriented which might affect their motivation for such research and activities. Regulation from government might help in this regard.

• Space economy reached $289.77bn in 2011 with major contribution from coming from commercial activities rather than from government spending

« Smart Phones- Painkiller or a Pain Should We Continue Increasing the Number of IITs and IIMs? »
Important Group Discussions
Share this Page on: