GD Topic - Is Hockey the national sport of India?

6 people are having a discussion on the topic (Sam, Danielle, John, Benjamin, Rimson, Aseem)

Danielle: Good evening friends. Today, we have gathered here to discuss the topic, “Is hockey the national sport of India”? India was once the shining beacon of glory in the game of hockey. It was to hockey what West-Indies was to cricket, Muhammad Ali was to boxing and Roger Federer to tennis. India has the won the Olympic Gold Medal 8 times, 1 silver and 2 bronze in 18 appearances since 1928.

John: History cannot be a justification about the sorry state of affairs in India. Numbers look very nice but one must not fail to acknowledge the fact that India also very recently even failed to grab an Olympic spot. This indeed paints a sorry picture of Indian Hockey.

Benjamin: Semantics apart, we cannot deny the fact that the youth even today looks up to greats such as the Dhyan Chands and the Pillais, who have forever been worshipped to have graced the beautiful game and created magic.

John: All said and done, we cannot deny the recognition that hockey players are given in India. After the men’s team won the Asian Champion’s Trophy, the players were facilitated with a meagre sum of only Rs. 25000 each whereas cricketers and other sportsmen are bestowed with crores and crores of money.

Sam: We cannot be in more in agreement that Indian hockey had seen a major slump in the last couple of decades, but one thing we have to remember is that Indian hockey has been resurgent having won the inaugural Asian Champion’s Trophy and the huge fan following of the Leagues created.

Benjamin: I couldn’t agree more. Leagues such as the Hockey India League and the Premiere Hockey League have been a shot in the arm for the upliftment of hockey in India. As a matter of fact, it is a distinction for hockey that the privatization of sports in India started first with hockey with the PHL which started in 2005. 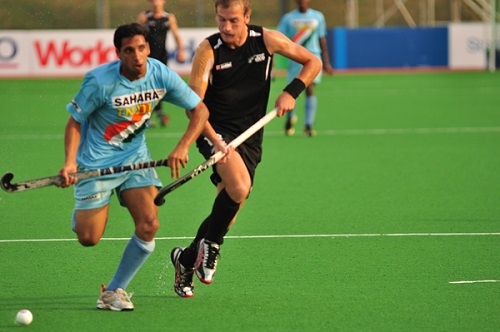 Rimson: Yes leagues have been created but there is very less following, Look at the following that IPL commands, jam-packed stadia, paparazzi, endorsements, television rights and no one can forget the money involved. But, look at the hockey matches, empty seats, peanuts in the name of money and non-prime time slots. Ask a youth the names of the Indian hockey team as well as the names of the Indian cricket team players and see the response.

Rimson: India has winning games at the Olympics, but only in individual events. There is nothing to show in team events. The lack of facilities in India is a major reason for this fact. Only about 0.1% of the population has access to facilities, nutrition or the platform to perform. Talking of leagues, the PHL went defunct in 2008. The youth are not coming forward to choose hockey as a career or their profession.

Assem: The government prides itself of having contributed tremendously to the development of the sport but we have to take note of the fact that a country such as the Netherlands have around 200 astro-turf grounds which is the size of Kerala, whereas India on the other hand has only about 1/10th that number.

Benjamin: Recently, Indian hockey has seen a revival though with India winning over major teams and also created a fresh inflow of youth and agility in its ranks. Also, the fan following has increased. Television ads have started being aired and sports channels and major sports brands signing up players as their brand ambassadors.

Aseem: What about the politics that plagues the hockey scenario in India, with the organizations, Hockey India and Indian Hockey Federation, jostling to gain control over the sports rights. This is indeed a barrier to the development of Indian hockey. As a result of this, the team had to withdraw from the Champion’s trophy and jeopardized the chances to qualify for the 2012 London Olympics.

Officially, India does not recognize Hockey as its national sport. However, given the rich history and the glorious achievements, it would not be wrong to say that Indians take a take pride in this glorious sport. The last few decades have not been very good though, for the sport as the sport fell down from its past heights. However, with the advent of the hockey leagues and the commercialization of hockey, money flow has increased and fan-following has improved a lot. Lot of people are also coming forward to revive the sport and the talent that is coming out of these initiatives has created a young and passionate bunch of players who are helping India claim its lost glory.

• Only 0.1% of the population is given adequate sports facilities, nutrition and even fewer are even interested of taking up sports as a profession let alone hockey

• Indian players were only awarded Rs. 25,000 for winning the inaugural Asian Champion’s Trophy

« I will do Whatever it Takes. In the End, it's Business Feminism vs. Women Rights »
Important Group Discussions
Share this Page on: