GD Topic - I will do Whatever it Takes. In the End, it's Business

6 people are having a discussion on the topic (Matthew, Jimmy, Jeremy, James, Richard, Stig)

Matthew: Good evening ladies and gentlemen, let me start with the topic. I will do whatever it takes, in the end, its business is so very apt in today's world. People now-a-days tend to look only for their own individualistic profits while ignoring the bigger picture.

Jimmy: I agree to your point. I think that due to lack of sensitivity and empathy for others, people have become selfish. They just see an end point, and do whatever it takes to reach there. It is a classic case of ends justify the means. 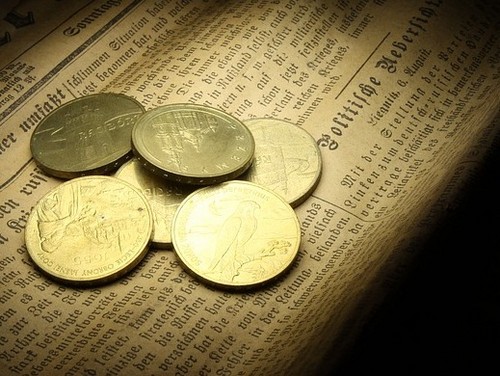 Matthew: Exactly! Consider a factory, in the name of business, if the owner believes that he will do whatever it takes, what about the safety of his workers? What about the product that he produces? Think of when children's role models make such statements. Imagine the impact on children when it is proposed that they must do whatever it takes to succeed. In their minds, it creates an 'illusion' of an 'easy way' to success.

James: While I agree to all the above points, we must also keep in mind that this is how business has always been because the core objective of a business is to make money. All other liabilities are secondary in nature when it comes to businesses.

Richard: Probably this is because of the lack of proper moral education in their childhoods. More so, nowadays there are many such cases and people observe the world around them and learn. It actually starts very early in our lives. Simplest example would cheating in the examinations. People do that and get away, this sets a precedence and people do not hesitate to commit crimes at later stage.

Stig: I believe that the only way to turn businessmen off this track is by powerful regulation. Laws have to be actually implemented, because otherwise, there is chance of these activities going below ground due to strict but poorly enforced legislation.

Jeremy: I’d like to disagree here. Ethics are beyond law and cannot be mandated by law. Cut throat competition is to be blamed as it basically comes down to survival. Think of survival of fittest as described aptly by Darwin in his book 'Origin of Species'. Businesses are as ruthless as nature when it comes to survival. As an example, fruit vendors adding chemicals and preservatives without regard for people’s health.

Jimmy: Agreeing with you, even society sometimes appreciates end results without regards for the means achieved. As an example, MLAs spending money and doing crimes to attain positions of power. As long as we accept it as a normal thing, we may not be able to stop it.

Stig: Business leaders must be taught on ethics and Corporate Social Responsibility. This might work better than laws as prevention is better than cure.

James: Yes, even I believe that proactive law and code of conduct may help the scenario rather than reactive laws at present.

Richard: Apart from that, enforcing the presence of independent directors on the board also helps getting other perspectives in to eliminate such myopic selfish behaviour. It also deals with the problem of moral hazard to the extent that the directors are actually independent and not otherwise in conflict of interest.

Work ethics is the want of this hour. Doing well in a particular field is acceptable, however, doing that with proper ways is more important. This problem is getting bigger and bigger every day. Not that there aren’t any people who does not believe in such statements, the number is dismally low.

• Corporate frauds are increasing in scale and frequency

• Cases like Enron and Satyam are widely known, but little is done to prevent similar catastrophes in the future

• Due to lack of ethics and excessive greed, the world suffered an economic recession in 2008 and Europe in particular is still struggling to recover from it

« Is it Alright to Genetically Modify Crops? Is Hockey the national sport of India? »
Important Group Discussions
Share this Page on: