GD Topic - Is it Alright to Genetically Modify Crops?

6 people are having a discussion on the topic (Logan; Neo; Bruce; Peter; Kent; Tony)

Tony: Friends since the time human kind recognized the significance of selective breeding and genetically altering different edible plants through the selective breeding methodology. Radish, Carrot, Potato everything we see around us had been modified in the past so it’s only process that has become fast otherwise genetically modified crops are nothing new to talk about or to be worried about

Neo: Tony you quite simplified the issue saying that it’s nothing new around here but to make things clear it’s not that simple process. Selective breeding is still a natural process where in case of genetic modification you are selecting a desired gene and inserting it through artificial mediums. Natural selection takes care of mild aberration but when you make such huge change in genetic module of an organism you can’t guarantee what would be the future impact. In the plain manner there is no chance we could say what we are creating and could promise that it would be safe for current or future generations 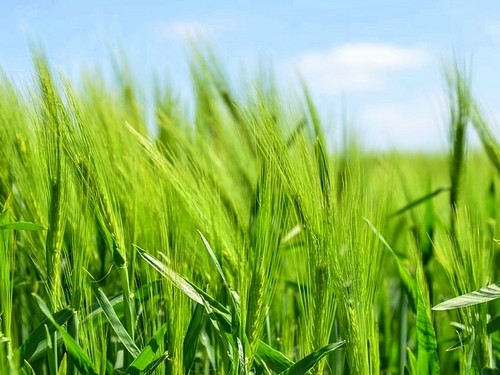 Logan: Friends just imagine a scenario where a poor child in a developing nation is unable to get the benefits of vaccination due to lack of clinics but as soon as he eat his daily vegetables he get his vaccine or imagine about a corn farmer who in spite of spending a huge proportion of his savings on pesticide is unable to contain the damages due to the pests but post coming of genetically modified corn all his trouble regarding pests is sorted and not only he was able to save significant amount on the pesticides front but also was able to see increased productivity. Friends these are merely some of the benefits that could be bestowed upon by genetic engineering. Is it alright to close our doors to such significant innovations just because we are being sceptical?

Kent: I agree with my friend Logan here that the genetically modified crops could provide us with a wide range of benefits but there is certain thing we should not forget. When we start using genetically modified crops we stop growing the indigenous plants which lead to loss of certain genes in these indigenous plants that could have been beneficial to us in the long run. Through genetically modifying crops we are filtering the gene pool but the important question here is we fit to do it? In this world where we still are novice in the field of molecular biology where we call a major portion of DNA as junk DNA it would be not be right step to discard any particular gene from the gene pool

Bruce: Friends we often argue that we are no doing anything fancy and nature has been doing it for ages but thing here to remember is. Nature has certain checks and balances to counter dominance of any particular gene or prevalence of any killer gene but when we are taking genetic manipulation in our own hand then we often fail to ensure such checks and balances and do whatever we see is beneficial to the human kind but one thing to remember here is human is still not capable to foresee the expression of the genes. Gene don’t express itself freely but through coordination with other genes in the DNA when we transfer a singular gene in particular DNA its expression couldn’t be what we expect

Peter: Friends one more thing that needs mention here is absence of any sort of label on these genetically modified crops. People treat it as if it’s nothing to tinker with my daily food and inform with nothing. I got every right to know if my food is genetically modified and possible source for those particular genes

• As of 2004, no genetically modified animals were used in commercial agriculture anywhere in the world

• A WTO agreement adopted in 1994 establishes that countries retain their right to ensure that the food, animal, and plant products they import are safe.

« Is it Right to Say “History is Written by the Victors”? I will do Whatever it Takes. In the End, it's Business »
Important Group Discussions
Share this Page on: