GD Topic - Is it Right to Say “History is Written by the Victors”?

6 people are having a discussion on the topic (Tyrion; Cersi; Jamie; John; Eddard; Robert)

Tyrion: Good afternoon everyone. Today’s topic is based on Walter Benjamin’s quote citing victor’s influence on historical events. How true is it, is what we need to discuss today.

To talk about the origin of this quote, we need to go back to hundreds of years ago when Kings used to pay poets and literary agents for creation of stories depicting their valiant abilities in war often in disproportional amounts.

Cersi: To take Tyrion’s point forward, one of the biggest examples of such stories is the ‘The Vilification of Ottoman Brutality, 70 AD. These events took place in Jerusalem and are known to be more fictitious than true.

Jamie: Talking about some contemporary events, Hilter was demonized after World War II while USSR, under Stalin, who killed way more people, was seen as an angel because of it being an allied power. However, today, most of it is known to be false. 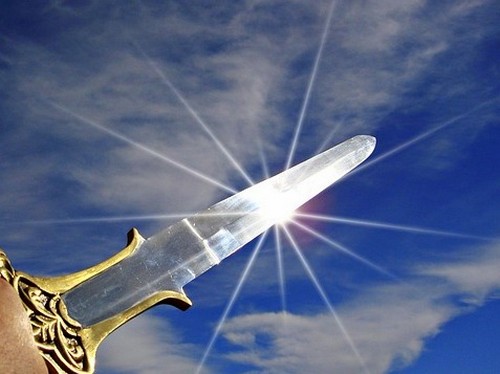 John: As Jamie said, today, the world has realized that not everything written in history books is true. The question of ‘who wrote it?’ will always be asked whenever some praise is found in such books. Dating artefacts and other mechanisms are increasingly being deployed to verify facts and find truth in these writings.

Eddard: I would like to disagree on this. I believe that history is meant to give you the thrill. To make you believe that a certain person was the reason behind a certain event that changed the course of history. It is a natural tendency of humans to always search for heroes and ignore the losers.

Robert: Eddard, what about losers like Che Guevara? They are still considered heroes even though they died fighting their cause. Would you call Mahatma Gandhi a loser and not a hero?

Anyone has the ability to write the history. It is just that victors have chance to be loudest and sometimes this loud voice supresses the losers. But, if the losers are successful in winning over the people, then losers are known as people’s heroes and their lives are celebrated throughout the world.

Jamie: Also, it is not always that winners or victors are considered heroes. Take the example of World War I. When Germany arose as a superpower after the war, people across the world held it guilty of war crimes and promised that it would never trust it again.

Tyrion: On a different note, let us talk about the negatives associated with relating history with victors. Consider racism. Though many of the countries are now republics, it still persists.

Cersi: The quote is essentially irrelevant in the modern day because of recent events – the World Wars, Civil Wars in Spain and Latin America, and Ethnic Cleansing in the Middle-East.

Robert: All this while Israel is the only Arab country where people have basic freedoms. Israel is also the home to all the Jews who were affected by wars since 1922.

John: I think we all must agree on the fact that history is not sympathetic towards the losers and they need to get a fair share of our history books. With current digitisation and access to the World Wide Web it may be difficult to create false accounts of history as they can easily be verified.

Walter Benjamin’s quote is essentially irrelevant today because of questions being asked on the World Wide Web. Even though history is not sympathetic towards the losers, people have begun accepting their losses as heroic deeds and as pushing for an overhaul of history books.

• One of the biggest examples of such stories is the ‘The Vilification of Ottoman Brutality, 70 AD

• Hilter was demonized after World War II while USSR, under Stalin, who killed way more people, was seen as an angel because of it being an allied power

« Usefulness of Social Networking Website or just waste of time? Is it Alright to Genetically Modify Crops? »
Important Group Discussions
Share this Page on: