6 people are having a discussion on the topic (Radha, Sarthak, Kaushik, Enna, Mohit and Charan)

Radha: Hi all. Our topic for discussion today is Usefulness of Social Media or a Waste of Time. As we have seen from the survey that 36% of employees use their time in social media networking sites, and even instead of doing their work they are spending their quality time in chatting, or posting updates and pictures/selfies on social media websites.

Enna: I know that somewhere you may be right but the new generation which is more focussed on social networking sites is far more advanced and is efficient in multitasking. So I don’t think social media sites are fully a waste of time but there are so many things which we can learn from this.

Kaushik: I agree with you but if we can see from a different perspective then there are many things which we know have a very harmful effect on the minds of children who are the users of social media at a young age. Facts show that students using social media get 20% lower scores than their ones who don’t use. 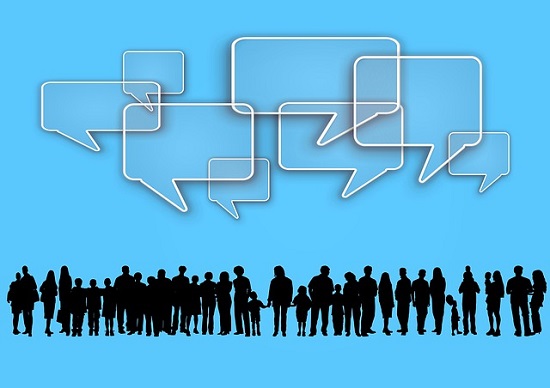 Charan: But there can be other positive sides also. It is an efficient medium for conveying the information to the near and dear ones in the time of need. Say for example, if any person whom we know on social networking site  needs  blood for rare group then that message can immediately conveyed and spread among masses to get instant hep.

Mohit: I completely agree with you. As along with the conveying of information, we can even get connected to our friends and relatives and along with that we can get to know unknown person from different regions, culture and background. According to stats, 70% people use these sites for connecting with their relatives in other states.

Sarthak: We can say that we can meet numerous people, but at the same time they are the ones whom we don’t know, nor we have any information or idea about them. How can we get to know their personality or character from distance.

Radha: Moreover, from this type of connections, there can even be losses as we trust the other person and reveal all our information to them which is important and sometimes confidential.

Charan: Yes even that is true but it’s the fault of some rare users who don’t know the way to use media for his/her advantage. Monitoring the social media working style, we get to know that these sites are responsible for letting us meet the people of our interest which we can’t even imagine in real life for there is no social media initiative to do so.

Sarthak: Although it’s one of the good things about it but still due to this we have seen many problems coming up as people are not able to spend time with their family either. In 2012 study of families, the results showed that spending less time with family arises from 8% in 2000 to 32% in 2011 due to social sites.

Radha: With more number of people randomly connected around us, we are always prone to get hacked and this can affect the person very deeply. Recently we can see there are cases of posting of some personal pictures of girls on the adult sites with some editing software. It has even led to persons committing suicide as we are so confined by these social sites that we reputation gets on stake in moments.

Sarthak: Definitely. Most of the cases against women, there is some history related to these sites only. Either some measures are needed to be taken or these sites will continue to affect the people like this.

Mohit: But why to discuss only the negative sides of the social sites. As every coin have two sides. These sites have also provided great opportunities to the one who can use it to their advantage. Many upcoming companies have exploited these sites for marketing them and proved that if used properly then these sites can act as very powerful weapon in the modern world.

Enna: I agree with my friend on this. Adding further we have seen how these sites acted as learning opportunities for the one who really want to do something and have the potential to convert everything into an opportunity which for others is unseen.

Sarthak: Getting fame on the social sites have boons but we should not forget the banes it has like many controversies in the world get air on these sites and even the small things are exaggerated into big ones as in case of Bollywood, politics etc.

Mohit: But most of the time, people try to suppress the truth and some true events happening in the world does not get on the front and truth remain buried under the piles of green papers.

Enna: Absolutely. Even cases of Hit and run are not covered seriously by government officials when it comes to some famous public figures.

Charan: Even on LinkedIn, 89% of job recruiters get their potential employees by their connections on the site. So in a way even job opportunities are also mostly available on these sites along with the other interesting things.

Kaushik: Coming to numbers, even 27.8% information about news comes from social sites which may also mean that most of the information is altered. Few times back we have seen case of Rohtak sisters who beat up a boy in the bus as he was teasing them. The real face got revealed later by actual interrogation and involvement of police that the main culprits were girls.

Mohit: Countering your argument, We have seen the wave of writing open letters to the major personalities by common people executing their right to speech primarily on social sites who otherwise would not have got chance to do so.

Social Networking Websites have many uses which makes it a potential platform for future generation to showcase their talent and skills without any external help. It creates a space on the web where person can learn new skills and can gain knowledge about anything which is trending. Other benefits include awareness among individuals by symmetric flow of information, marketing opportunities and socializing platform. But technology comes with some drawbacks which can be due to inappropriate use of social sites by users. It can expose the individual to various threats of hacking, controversies and most importantly time consumption if not used wisely.

1 Survey shows that 36% of employees waste their time in social media networking sites.
2 It’s a fact that students using social media get 20% lower scores than their ones who don’t use.
3 70% people use these sites for connecting with their relatives in other states.
4 In 2012 study of families, the results showed that spending less time with family arises from 8% in 2000 to 32% in 2011 due to social sites.
5 On LinkedIn, 89% of job recruiters get their potential employees by their connections on the site.
6 27.8% information about news comes from social sites.

« Decreasing Defence Expenditure and increasing Social Expenditure is the need of the hour? Is it Right to Say “History is Written by the Victors”? »
Important Group Discussions
Share this Page on: