GD Topic - Decreasing Defence Expenditure and increasing Social Expenditure is the need of the hour?

6 people are having a discussion on the topic (Tamana, Krishna, Sakshi, Deepti, Faizal and John)

Tamana: Hi Friends, the topic for our discussion for today is “Decreasing defence expenditure and increasing social expenditure is the need of the hour”. India spends about 2.4% of its GDP on defence, which is 7th highest expenditure on defence in the world. On the other hand India has all the social issues a country can have. We have 960 million Indians live on less than $2 a day. What should be our priority? Should we prefer Bomb over Rice?

Krishna: As you rightly pointed out we spend around $45bn per year on defence. And that expenditure is on 3rd largest military to protect largest democracy of the world. It is responsible for 1.2bn people if we see from this point of view it is very less as compared to similar countries. So decrease in defence expenditure is not good for future.

Sakshi: I agree India needs a very strong military. However, India will soon surpass China to become the world’s most populous nation, reaching 1.6 billion by the middle of the century. So the problem is more in Social sector. We need healthier, and educated future. If we enter to other half of century with malnutrition affected child and uneducated people, can we meet our increased demand of job. 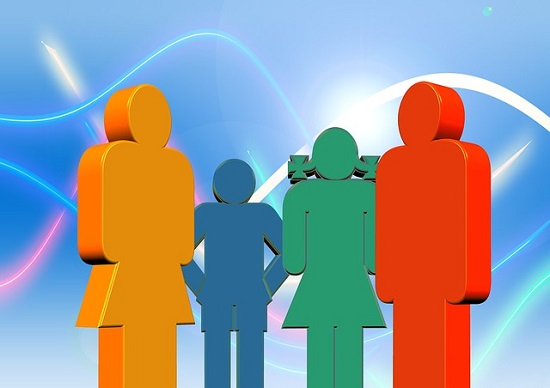 Deepti: On the same lines, India’s huge demographic dividend, i.e.  50% of the population is less than 25, 65% less than 35, India needs to create millions and millions of jobs. Given the nature of Job that are getting created, we need more skilled and technological workers. For that we need huge investment in education of today.

Faizal: We all agree India has social problems and these needs to be addressed, which requires a lot of investment. On the same time we have to see our geographical position. We have Coastline of around 7500 kms and land frontier of 15000 kms. We share land border of around 3000 kms with Pakistan and China. In last 60 years India has fought 5 wars, other than regular skirmishes and violation of cease fire. So it is strategically important for India to maintain a strong army.

John: Hundreds of large and small internal and external insurgencies, Naxalism and other internal threat experience has taught India the need of strong security. Many of the insurgencies and terrorism activities are supported directly and indirectly by some of its neighbours. Khalisthan demand, ULFA issue, and Kashmir issue are evident how internal security is of paramount need.

Krishna: And at the same time, the Army not only fight for the Nation when there is a war, but their expertise and skills are very useful at the times of natural calamity or at times of crisis. The commendable job of Army during Uttarakhand flood, Gujrat earthquake, Kashmir flood or Yemen crisis says that investment on defence is as social expenditure as spending the same amount in establishing a new organisation for specializing in handling similar situations.

Sakshi: Yes, their job is commendable. However, if hundreds of millions of Indians remain in poverty and the young fail to be educated, employed and motivated, the consequences could be truly dramatic for Indians, but also for the world in the 21st century. Not only will India have failed; humanity will have failed.

Tamana: India’s high defence expenditure may be a means to achieve greater hard power, but in the process, as domestic social conditions of misery and injustice continue to fester, it is losing soft power.

Faizal: Though it seems like India is sacrificing bread to make bombs but is it true? Let’s see this through the lens of Macroeconomics. We can divert funds from defence to social sector, but if India‘s defence sector investment is also an investment of tomorrows prosperous economy. Defence sector now depends on technology and increased investment in technology is linked to innovation and more jobs. Growth theory says the innovation and technological advancement is only sustainable way of development. The recent investment on Rafale fighter jets and its technology transfer system is an example. Technology transfer will create new jobs in India and will contribute in fostering defence sector in India.

Tamana: Let’s evaluate social problems. Life expectancy in India is ranked lower than many countries like China, Sri Lanka etc. Water distribution and access to sanitation in villages are terrible; girls need to walk huge distances to fetch water from wells, thereby missing out on school. Over a-third of females in India are illiterate; there are more illiterate females in India than in the rest of the world combined. We should give priority to these problems than buying fighter jets.

Deepti: Yes. Apart from these issues if we assess the future it is very bright with favourable demographic condition and we need to invest more for equality and Justice system. No country has ever succeeded in reducing poverty without having government actively engaged in creating the proper conditions and opportunities for individuals to rise from poverty. This is one of the big differences between China and India: though China also has spent unseemly amounts on weaponry, it did at least get its social priorities right by virtually eradicating illiteracy, investing massively in primary education, including for girls, and thereby greatly reducing poverty.

John: We cannot let our defense expenditure go down as history tells us. Dynasties such as Mauryas, Cholas, Guptas and Mughals all kept stellar armies under which Indian economy prospered, while the economy floundered under empires with weak armies. Even the world powers are clear examples of the same. UK, and France and other world leaders have invested heavily in Armies, where as they don’t have any major threat.

Krishna: Over the past 5 decades, India has drastically increased its defence technology and acquired new weapons , including n-bombs that has both eliminated wars as well as given investors insurance that they can invest in India for the long term. That assurance is helping the flow of investments, creating new jobs and solving poverty. We are bringing out millions of Indians out of poverty each year, in the peace provided by our defence forces. In parliament then prime minister AB Vajpayee said “We don’t need nuclear bombs to destroy any nation but when our neighbours are powerful and enemies we can’t be powerless. We need N-Bomb to avoid war.”

Tamana: Surely we cannot ignore the role of strong army in creating a sense of security to everyone. However our children sleeping hungry is certainly sad and shameful. Our infant mortality rate needs to be reduced, primary education enrolment need to go 100%. We need to work on Human development index. There are plethora pf problems we need to fight for. Though routing funds meant for army to social sector may not be apt but we need investment for the same. Financial inclusion and choking fund leakages in system will help us.

John: India spends $35 per capita on defence which is 1/50 of USA, and less than ½ of china. So given the Indian position as we have discussed it will be in very problematic situation to reduce defence expenditure.

To sum up the discussion, we understand India needs funds for its development. But cutting defence expenditure for the same is not an option. The way to improve social sector is by ensuring overall sustainable economic growth. This cannot be achieved merely by compromising on the country's defence preparedness. Even India’s army needs more funds to strengthen itself. This will ensure losses due to internal issues such as Naxalism, and riots can be better handled which will lead to betterment of society. We need guns and bombs to ensure that no one steals our bread.

1. India’s defence expenditure is $45.2bn, it is 7th highest in the world.
2. Life expectancy in India ranks 167th (out of 228) in the world
3. Human development index 130th in the world
4. India is imports Weapons mostly from Israel, Russia, US, and France.

« Should the Public Sector be privatized? Usefulness of Social Networking Website or just waste of time? »
Important Group Discussions
Share this Page on: