6 people are having a discussion on the topic (Alex, Brian, Catalina, Dikki, Ema and Fini)

Alex: Hi Guys, the topic of discussion for today is “is the permanent seat of UN security Council necessary?” India has been actively trying for permanent membership of UN Security Council. A permanent seat on the Security Council could raise India to the state of US, UK, France, China and Russia in the diplomatic sphere and India can raise the critical voice in all global issues that matter worldwide. From long, India is looking for this esteemed position, which comes with “veto power”, in world politics.

Brian: UN Security Council reflects the power structure existed during World War II. In 70 years, the power structure of the world has changed but UNSC permanent members have not. The permanent member countries represent only less than 40% of world population. It has kept out the emerging powers and the powers who lost in World War II. The eligibility criteria of the permanent member, i.e. Nuclear Power, and major economic power equation has changed overtime, so reform of UNSC is strongly suggested by many countries.

Catalina: But the real question is, does permanent membership brings the return on investment of the effort it takes to get? India has the opposite experience. The UN proved to be detrimental to India’s national interest always. May it be Annexation of Goa or later experiences with Pakistan and China, India’s national interests have always suffered whenever India has looked for support from UN.

Dikki: Yes, one the same lines, being a part of the UN is not good for the health of any country, specially for emerging power like India, unless you have guts to “not to follow them for self-interest”. Currently India’s interests are global and ever expanding. And the Indian government must have the confidence to declare that these interests will be protected and enhanced, regardless of the priorities of other external agents. 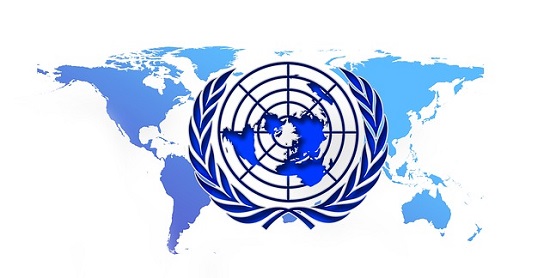 Ema: Yes, power and responsibility come hand in hand. As in case of WTO issue on subsidy on Agriculture. But the veto power did negate the effect at WTO. A permanent seat will give India a say in world politics. The bullying of powerful countries in matters of diplomatic issues will come down. The sanction that was imposed with “project Smiling Buddha”, could have avoided by being a world power.

Fini: But friends which power is the need of India? Strong Army power with 5 trillion economy or a permanent seat at UN with veto power? Very few bodies have any real power in UN. The UN Human Rights Council has members like Sudan, Zimbabwe, China and lead by Saudi Arabia: all with stellar human rights credentials! No wonder that Mr. Vaclav Havel calls it 'A table for tyrants'. India needs to pursue economic power now rather than running for diplomatic power.

Ema: To be a big player in world politics we have to form ally with other big daddies of the world. After founding “Non-Alignment Movement”, India has been equidistant from the pole position holders of two world powers, i.e. Russia and US. With power structure changing and China and US being in pole position, and with China-India power friction, acquiring power in world politics through world recognition is very crucial.

Alex:  Apart from all these technicalities, India deserves a seat in UNSC because of its share in World in at least three aspects. India’s current population is 1.2 billion and is expected to become the most populous country by 2022. It is counter to spirit of United Nations to side-line the most populous country of world and take decision which will affect them. Secondly, India happens to be the fastest growing economy in the world making it an ideal destination for foreign investment and future growth. With sudden problem of china, Indian economy is most promising in the world now. Thirdly, Indian democracy has been an example of largest people powered institution of the world. Isn’t the Spirit of UN is to represent the world, how is it possible by excluding largest democracy.

Brian: I think that is why we have seen many supporters for India’s permanent membership recently. The world powers, US and UK has supported in India’s pursue at UN. The non-permanent members such as Germany, Japan, and Brazil are competing for the permanent seat at UN. Though the permanent members are supporting India on paper, they are reluctant to give India “veto power”. The rising popularity and charisma of Prime Minister Modi has reignited the feeling that being a permanent member is “right” of India.

Dikki: Though India is able to impress some countries about its right on permanent seat of the UNSC, some issues are really a problem for India to claim the position. Pakistan and China, the neighbours are also playing devil’s advocate with India, in UN. India has not taken any strong stand in any recent world problems. May it be Israel-Palestine conflict, Syria problem, or very current ISIS issue? India has always taken the umbrella of UN Peacekeeping to send army for any conflict; there by saying it itself has no particular say. So, India has two choice now, either keep continue with this diplomatic policy, with be synchronous with UN or take active part and voice its concern and take independent position in world politics.

Brian: Yes, power plays are vital and by being silent, India is losing its opportunity. India should leave the illusion of power through seat at UNSC and focus on economic development. If India’s growth rate stays in 7-8%, we will be around $4 trillion GDP by 2022. And by being the economic power and demographic advantage, India will be seen as moral leader for other developing nations. This gives you power and the power is real. India should leave lobbying for UNSC seat to developed countries and focus on building internal strength.

Alex: It seems India continues to pursue this interest not because it will be beneficial for national interests but because how other nations have given importance to UN. Indian leadership needs to re-evaluate. No major power takes UN peacekeeping operations seriously. However, India continues to be largest contributor of UN peacekeeping mission. Why should Indian tax payers would pay for world peace when they are unable to do justice for their peer Indians? Domestic security and Naxalism should be of more importance than peace at Sudan, that too working as a force of UN not by India.

Catalina: Going by history, we have to consider why Nehru allegedly refused for permanent seat in 1950. During the Cold War, Asian and African countries did look to India as a leader. But Nehru felt India didn’t have the power to join there. Retrospectively it turns out to be right decision. If India accepted the position then Goa Annexation would have resulted in the same position as Russia’s Crimea annexation. Which is definitely worse than what happened?

Fini: India should strengthen its Army. Keep stellar Army and invest heavily on social issues. By 2022, when India would be world’s most populous country and largest pool of employable workforce of the world. India should be free from poverty, corruption and and other preventable diseases. Our Human development index should be “High”. It gives India the power it aspire to. By sending militaries to help nations as Indian peacekeepers India can gain the status of moral leaders.

Ema: Yes. As all of us agree, India should invest on pursue of becoming an economic and military power. However, the effort for permanent membership can’t be neglected. Though it is very unlikely the P-5 nations will agree for reform of UNSC soon, but we should not lose interest. With permanent membership India will be recognised as global leader.

India should pursue for Economic Supremacy and Military power. At the same time it should voice its concern or opinion on world issues. That is when India will be considered as a leader and with acceptance from other countries as a moral leader, it is worthless to pursue for UNSC seat, though it certainly becomes easier to achieve. India has to restore India’s old moral stand of Nehru and present itself as a leader to make headway in the new world order.

Facts from the topic

3 India is expected to be most populous country by 2022

4 India is 3rd largest economy by PPP, 9th largest by GDP, and GDP stands at $1.8 trillion

« Industrial growth and Environmental care do not go hand in hand Formulation of new States leads to Development »
Important Group Discussions
Share this Page on: