6 people are having a discussion on the topic (Aravind, Naresh, Sathish, Jaya, Prathap, and Govind)

Jaya: Hello Friends! It’s nice to meet you all once again. Today we have gathered here to discuss on the new states formulation in India. The discussion should be on whether such a formulation really leads to the development or not. Let’s share our views on this topic for today.

Sathish: Yes Jaya, to start with the fact that from the year 2000, there were 4 new states that are created. Chhattisgarh, Uttarakhand, Jharkhand, Telengana are respectively formed from MP, UP, Bihar and AP. There are several changes we could observe that had happened in these 8 states altogether. They have their own good and bad effects.

Prathap: You are right Sathish. But I personally feel that there are more positive effects because of new states formation. Because considering Governance perspective, it would be far better to govern individual and relatively small state when compared to that of a large state.

Naresh: Absolutely. Because, starting from Haryana-Punjab till Bihar-Jharkhand, the improvements are found to be quite massive and substantial. Even in case of the recently formed Telengana, it has started to deal with its own issues as primary education, Industrial infrastructure development and etc. And since AP has already many developed cities, it could move towards a rapid development in this phase. 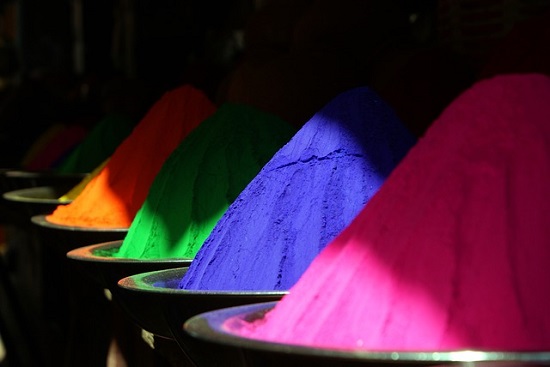 Aravind: But we need to consider the emotional attachment of the Andhra people with Hyderabad. It’s like being treated as strangers in their actual capital. It lies in the hands of Telengana government to treat other Andhra people with equal importance.

Govind: It’s not just about the emotional part. Almost half of the important educational institutes of Andhra were in Hyderabad. An IIT and an NIT (Warangal) were common for both the state’s students previously. The students are almost in verge of losing their domicile status now. This is really pathetic when considering in student’s perspective. So, I don’t think that this really leads to development rather than disaster.

Jaya: But Govind, in this scenario the states from which new statesare formed are really developed and they have the capability to develop their own renowned educational institutes. They don’t need to depend on the already existing ones. We can even think about other divided states.

Naresh: Yes Jaya, I have a point on Jharkhand and Bihar. Its growth is far ahead of Bihar in agriculture. It clocks a yearly growth of 10% while Bihar’s growth was as low as 2% between 2001 and 2011.

Prathap: Adding to it, Jharkhand had not faced any challenges as Bihar faced during droughts and floods. It’s because of good infrastructure implementation in Jharkhand when compared to that of Bihar.

Naresh: Yes, I had read in an article that in these ten years Infant Mortality Rate in both the states Madhya Pradesh and Chhattisgarh had reduced to a considerable amount by 29 and 31 points respectively which is a big deal.

Jaya: I agree with you Naresh. Even considering the school infrastructure, Jharkhand and Uttarakhand have more schools per 1000 children when compared to that of Bihar and Uttar Pradesh. It was 13 and 17 against 6 and 7.

Sathish: This is ironical. We know that these states are very small when compared to that of their parent state. The count of schools will be obviously more if you consider a smaller region. I would better agree to a point as both the states together have got low number of schools.

Aravind: Yes Sathish you are right. Meanwhile, various institutions are required in the setting up of new states. Everything that includes Government residences, Educational and research institutes, Health centers etc. This requires a huge amount of money. It needs to depend on central government for all its development which is a very slow process.

Prathap: I agree with you both. Taking this to another extreme, we need to think about the minority representation even. For example, many tribal people may not have been sufficient in counts to cater reservation or the opportunities of being a large vote bank in remaining Bihar, but with the new state, such issues may get resolved.

Naresh: Rightly pointed Prathap. Yes, this is not even in case of only Bihar and Jharkhand as even Madhya Pradesh and Chhattisgarh had the same issue when they were together.

Aravind: The real hazard is because it does not happen mainly because of the people. It is because of the foul politics coming into picture. Political people agitate people for such a cause and once they get it, they gain the political power all over the newly formed state. I would say that the entire process takes us back to British era.

Jaya: But Aravind, it leads to states that have more administration as compared to that of large states like Rajasthan, Tamilnadu etc. And the actual lesson for our nation is not to really concentrate on only revenue and power generation on a few numbers of cities alone.

Ideally, our nation needs a commission to make decision on the reorganisation of states. Politicians have short term political gains and narrow minded reasons. They should not be the reason for the formation of new states. For example, Krishna committee was formed on understanding the people’s concern in the division of Andhra and Telengana. Even with the formation of 4 new states, India has just crossed over half as many states in USA. Significantly, the formation of sub-national units provides solution that could help in checking the Economic divergence among different states, by maintaining the economic efficiency. Indian Government must ensure that all the states formed are provided with equal opportunity to develop.

Facts from the topic:

2 Jharkhand and Uttarakhand have more schools per 1000 children when compared to that of Bihar and Uttar Pradesh. It was 13 and 17 against 6 and 7.

« Is the permanent seat of UN Security Council necessary? Should the Public Sector be privatized? »
Important Group Discussions
Share this Page on: