6 people are having a discussion on the topic (Anna, Mariah, Rhea, Sam, John & Franklin)

Mariah: Of course, it is the best way to learn but the present education system in our country is still the conventional approach which mainly concentrates on mugging up the concepts and scoring marks where academic performance is given high importance

Rhea: Yes Mariah, Adding to this I would like to say that We used to have Gurukul Education system in our country before British rule. In that system generally students used to have interaction with the guru (Teacher) and the learning is almost practical which imparts the creativity and imagination in the students but Later on during British rule they introduced the ‘British Education System’ where reading and writing were given prior importance. 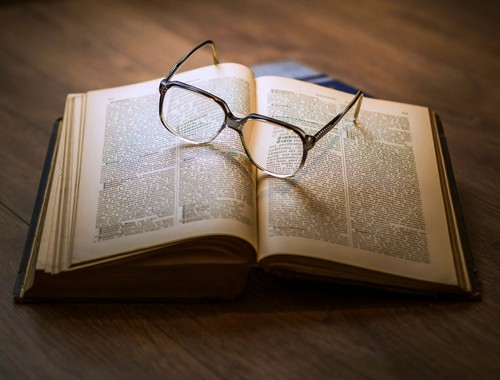 Sam: I agree with what you said but the education system is changed in U.K (Britain).But we are still following the same education system. Learning by doing is highly effective, for example if we consider History and social subjects, to read and remember is very difficult. Alternatively if we show the same history concept in the form of movie it is easy to understand and remember as well. Visual learning will have highly impact than normal reading. In the same way the science experiments can be very well analysed and remembered through experimenting them.

John: It is true, but then it has its own limitations. If we consider the literature and languages we have to learn them through reading and writing and then practicing only.

Franklin: It’s true, Even the financial position of our country also has to be considered. It is highly expensive to implement such a system where in learning the things by practising and doing. To build the laboratories and learning through videos is quite not affordable

Anna: At this point, I would to say that students generally need the change but the change has to start from the roots. From the parents and Private Education systems whose focus is mainly on scoring high marks and grades

Mariah: Our education system mainly focuses on mugging up concepts and scoring high marks, students are forgetting the essence of education which is mainly to enhance the imagination and creative skills in them. With the Traditional system students are not knowing what is outside the textbook and materials. They cannot find the solution to a problem on their own. They are lacking in these essential features.

Rhea: Yes indeed, this is the reason for the unemployment in our country due to lack of skills required. The students are not exposed to the Industry and Markets but they have to work in those unfamiliar environments. In the graduation itself the students should have hands on practice through internships etc..,

Sam: It’s true to the fact that Education system in foreign countries is quite in contrast with our education system. Their focus is learning the concepts by doing and experimenting and there is Student teacher interaction and less stress on examination and marks. It doesn’t merely concentrates on academic competitiveness, Rather it focuses on learning simple to complex in small number. Even Sports and extra curricula’s are also given equal importance

Franklin: I would like agree to this point. Indeed many foreign countries follow the same education system which Sam mentioned. Whereas our education system focuses mainly on Academic excellence and low priority is given to sports and extracurricular activities. Memorizing the concepts is the main role in learning.

Mariah: Yes, I agree with you. But don’t you think all these changes can be done only with the interference of the government changing the norms and rules of the institutions. Student to Teacher ratio has to be decreased in order to successfully implement Learning by doing. So that the students will have high probability of clearing each and every doubt they come across while they are learning.

Rhea: Yes. The change has to be compulsory and it has to be done only through government. The government should bring changes in the system and it should make learning by doing a compulsion and It also has to provide necessities that were required to implement this system.

Sam: Agreed. The Institutions and parents should also understand the necessity and recognize the importance of Learning by doing. Only then positive results can be achieved.

Learning by doing is the effective way to be practiced in education system. It is almost fully or partially practiced in many foreign countries and achieving good results. Our country also need to adopt this system to see the remarkable changes in the growth of the economy. Learning by doing increases the students imagination and creativeness which in turn helps to develop an individual on their own. Development of an individual can result in the growth of the economy of a country.

• Each and every class in USA Schools has a 20 – 30 children per teacher ratio. But the regular schools in India, unlike US Schools, have around 50 or more than 50 students in class per teacher.

• The number of students taking PhDs and entering research posts is very low: 4,500 PhDs are awarded per year in science and engineering, compared to 30,000 in China and 25,000 in the US.

• In India, only 12% of the Indians go for higher education with 37% of them taking arts as their major options. Equal importance has to be given to all subjects

• Lack of financial resources and unhealthy completion are the drawbacks that is standing as hurdle to Indian education system in competing with foreign nation’s educational system.

« Odd Even Rule in Delhi and Its Impact Whether Digital Education has taken over Traditional Education? »
Important Group Discussions
Share this Page on: