GD Topic - Odd Even Rule in Delhi and Its Impact

6 People having discussion on the topic: Ameya, Rohit, Chandu, Priyanka, Esha and Sonal.

Ameya: Hello everyone. Today’s topic of discussion, the controversial and much-talked about, “odd-even rule” was imposed by the Delhi government to reduce the Capital’s mounting toxic air levels for a trial phase of 15 days, came into force from 1st to 15th of this month. As per the rule, cars with even-numbered registration plates are allowed on even dates while those with odd ones are allowed on odd dates.

Rohit: Adding to your point, the rule will not apply to two-wheelers, cars driven by women, emergency vehicles, autos, taxis, cars with differently-abled persons and those of VIP and is applied to the vehicles entering the city from other state and also a penalty of Rs.2000/- was charged for those who violated the rule.

Chandu: This rule faced with extreme opinions and impulsive reactions. So, the challenge here is to decide whether this scheme really had any effect? If so, to what extent? Should it be implemented for a longer period? To answer it, we must analyse the effectiveness and capacity of this scheme. 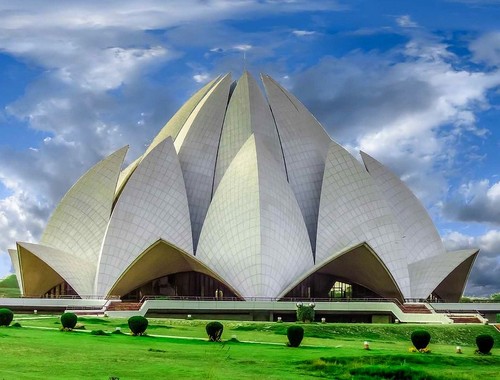 Priyanka: Yes, I agree with you. Capacity, here, is related to the ability in dealing with the traffic. As only one set of vehicles are allowed on a particular day, there will be overcrowding in public transports and in Delhi’s Metro rails. Despite the introduction of 1200 extra buses, it may not be suffice.

Rohit: There were also incidents of auto drivers making misuse of this policy by charging surging prices to the passengers in a few parts of the city.

Esha: But there is another way of looking at it. People can opt for car sharing and car-pooling. This will conserve resources, be affordable and also prevent toxic air levels from its deadly grasp over city’s atmosphere.

Chandu:  Also, there will be an increase in revenue through Metro/BRT. Due to exclusion of around 50% private vehicle, public transport will get a boost; increasing revenue.

Sonal: My opinion is, with introduction of new metro projects and inclusion of more buses, one can expect capacity augmentation in near future. So capacity problem can be overcome.

Ameya: The air quality in Delhi has worsened after the end of this scheme. The PM (Particulate Matter) levels rose to 2.5 which is a 57% jump. The lowest PM levels were recorded during that 15 day period. So I would recommend to roll out the scheme for a long term basis.

Sonal: However, on several days, pollution boards which are installed at several places in the city showed no significant decrease in PM levels. Though ambiguity remains on whether PM levels have reduced or not, there is absolute unanimity that the Capital’s roads were free of traffic and congestion during the trial period.

Rohit: The concept also called as “Road Space Rationing”, which had already been implemented across various parts of world, is posed with some major challenges like, in this case, about 2million vehicles were kept off the road every day during the scheme period in Delhi.

Priyanka: Considering the effectiveness of such policy, the past experiences of other countries who implemented similar scheme didn't gave a very encouraging result. In Mexico imposing this policy lead to an increase in vehicular pollution as purchase of two cars of odd and even number each, had increased. The same may happen here.

Chandu: True. So I think Delhi government must come up with strategies that impose additional registration taxes on purchase of every extra vehicle in a same family to avoid such incidents from happening.

Esha: In my opinion, there is some kind of social injustice corresponding to car ownership. Also, as we know that pollution due to private vehicles constitute for about 9 percent, government must also introduce some other ways of reducing the pollution from its deadly grasp over Delhi’s atmosphere.

Numbers and end results are everything when it comes to considering the challenges this policy brings in. Things are nowhere close to being ideal, and this 15-day trial period might not change that fact, but one thing which cannot be denied is that things are comparatively better. On one side, there reasons why this shouldn’t be implemented and on the other side we have compelling reasons to stand in support of it. As no scheme is perfect, if this scheme implemented with proper infrastructure, along with some other initiative to cut down pollution, can be a success and can bring significant results.

• An increase of Particulate Matter to 2.5 levels is observed after the end of the scheme.

• The rule was applicable only for 8am to 8pm.

« Vegetarian vs Non Vegetarian Learning by Doing in Education »
Important Group Discussions
Share this Page on: