6 people are having a discussion on the topic (Andrew, Betty, Casey, David, Emily, Fabian)

Emily: Hello everyone, today we are going to discuss on the topic of going vegan which means a diet  that is 100% plant-based like lacto-vegetarian and avoiding animal flesh or fish and all other animal products, including dairy products, honey and eggs.

Betty: I believe that with growing population and raising environmental concerns I think the time has come for us to go vegan to maintain the ecological balance.  Large dependence of human on animals due to the change in food habits poses a severe threat to animal kind.

David: Yes, I agree with Betty, adding to his point the world population is estimated to grow to 11 billion by 2050, with which grows up the consumption level of meat, milk and other non vegan products,  and with a few species of animals already being extinct , we need to preserve the livestock and conserve the earth we live on. 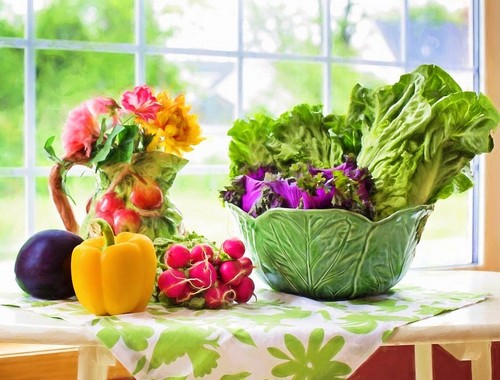 Andrew: But, who does take care of animals if they are no longer for use? For them to exist one has to take care of them in todays world. The world around is changing fast and no one today really cares for animals until or unless they derive some kind of benefit from them.  The growing urbanization and declining habitat for them to live makes it very difficult for the animals to survive.

Fabian: To add to his point, if every human starts going vegan the need for food production through crop cultivation has to be increased which leads to destruction of forests and again effecting the natural habitat for the animals to live in.

Betty: Yes, but rearing cattle for increased consumption would also lead to environmental pollution. The rumination process of animals feeding especially on grass release methane which pollutes the air we live in and contributes as one of the factors leading to global warming.

Fabian: I agree, however, there are a numerous types of microbes that feed on the methane released by these animals and supply nutrients that are required for the plants and hence thereby balancing the ecology by reducing the methane levels in the atmosphere.

Emily: I think we are missing an important point here which is ethics. Animal ethics is a point of concern here. An animal just like we do has every right to live on the earth, torturing and killing it for making our lives more comfortable is cruel and ruthless. It is against our ethics.

Casey: Taking forward your point, few studies revealed that the animals reared in the farms and poultry are treated cruelly, animals that are designated to breed are artificially inseminated regularly and have their young ones taken away prematurely before being impregnated again. Some of the animals are forcibly mutilated, that is, teeth of piglets and chicken are clipped off without anaesthesia. This is really a growing concern towards the animal ethics

Emily: Yes, exactly! People also practice to inject drugs into the animals’ bodies for them to grow rapidly. This in fact , might be a threat to the lives of the human who feed on the milk and meat of animals that are not naturally reared but chemically grown.

Andrew: Yes, I agree, plants also have life for that matter and we kill many pests that are living on the plants for our survival. So, though it might seem like against ethics we need the nutrients that are required for our growth. One of the studies also says that the child fed with vegan mothers’ milk has lower levels of brain fat than that of children fed with a non vegan mother’s milk.

Fabian: But, we humans are born omnivorous in nature and we evolved as meat eaters. Our body requires the supplements like nutrients and proteins that are derived from having milk and meat. There are in fact studies arguing the benefits of having diet consisting of only vegan food and food including animal products such as egg, milk and meat.

Casey: However, studies also have revealed that consumption of red meat causes heart problems and cancers. Animal products with high level of cholesterol lead to clogging of arteries and veins and cause damage to our health. Prevention is always better than cure, I think it is always better to avoid the food that causes harm keeping a few benefits it provides aside.

David:Yes, People can even survive with vegetarian food with proper diet like soya etc that are rich in nutrients that are required for human body. And we human with the ability to think should now consider and understand the growing concern and save the future generations dying from unhealthy eating habits.

Fabian: I feel one should have their right to have the choice of food they wish to have unless or until it is not destructing the nature. However it is not possible to impose a restriction on the food habits of entire population with different cultures and food habits.

It seems like going vegan is a better alternative when one speaks about the ethics, but since it is also a right to have food of our choice, it is not right to impose the restriction on ones habits. It can be promoted by encouraging people to go vegan instead of insisting upon someone to change their food habits against ones wishes. Hence the change has to be brought gradually rather than hastily forcing everyone to obey it. It is always better trying to live as far as it is possible without causing harm to other creatures.

• The word vegan was coined in 1944 by Donald Watson. The name was derived from the first three and the last two letters of the word ‘vegetarian’.

• The total slaughter of animals in U.S alone accounted for 3 billion during the year 2015 which included cattle, ducks, chicken, hogs, sheep and lambs according to a report by the humane society of the United States.

« Digital India - Whom Does it Benefit? Odd Even Rule in Delhi and Its Impact »
Important Group Discussions
Share this Page on: