GD Topic - Reservations in India- Caste Based Vs Income Based

5 people are having a discussion on the given topic (Santosh, Ashwin, Divya, Kartik and Deepthi)

Santosh: Hello all, the topic given to us is Reservations in India: Caste based Vs Income based. Reservations in India were brought primarily with the objective of providing opportunities and better living standards for weaker and under privileged sections of the society.  Dr. B R Ambedkar fought for bringing reservation system into Indian constitution to help economically various caste people who were unable to have sufficient opportunities to grow.

Ashwin: That is true. It was also fought to have a fair representation in all public institutions from all sections of the society which was not the case till then.  Lower castes were deprived of having a better chance in education, jobs and many other things which led to caste based reservation. They were primarily divided into Scheduled castes (SC), Scheduled tribes (ST) and other backward castes (OBC).

Divya: I agree that they were not having enough opportunities so there was need for reservation. However caste based reservation gradually led to huge exploitation of the system both politically and socially. Instead of bringing equality and growth in the economy this system has become inefficient and uneasy to get away with. 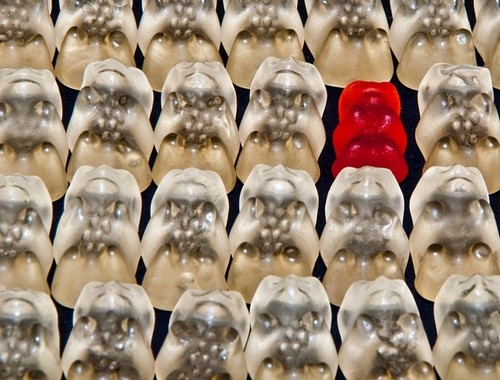 Santosh: That’s true. Currently, we can see a lot of disparity in the way the people have grown in these sections of the society. Irrespective of their individual economic standards, these people are getting benefits which is not a good sign when looked from the non-reservation people’s perspective.

Deepthi: Yes. I think there should have been constraints in the beginning itself on implementing caste based reservation for a certain period and on ensuring only the needed people get the benefits.

Ashwin: I think that is why we need to consider income based reservation system which brings balance by helping people who are economically weak.

Kartik: That’s right. This helps in making sure that high income people are not given excess benefits. However, Income is not the only criteria to look at who should be provided with reservation. There are many parameters like social environment, literacy rate, accessibility to quality education that defines who needs reservation.

Deepthi: Given high income, all those parameters can be achieved as they become affordable. We also see that people with higher income move to other places where they can afford better facilities and economic benefits. This should be a reason why low income people should be given reservation.

Kartik: There is also chance that though the income sources are high, the level of education one can get in the area is less qualitative, which impedes the growth scope for high income people as well. We can see significant differences in the growth rate between urban and rural areas in education and quality of living though the income levels are same.

Ashwin: Caste based reservation is being exploited politically as well. Political parties are creating agendas targeting their communities and creating a biased environment. This became an instrument to gain votes and create parities among people to form communities of their own and encouraging casteism.

Deepthi: That’s true. Recent Bihar elections are an example to see how caste based reservation became a tool in elections as well. This is also creating communal and regional divisions in many places which is detrimental to the progress of the economy.

Santosh: I think loss of the ruling position also became an issue as political parties and government are unwilling to change or scrap the reservation policies at a large extent, which is not efficient in the current economic scenario. Other countries provide opportunities to the people who deserve the chance unlike ours.

Kartik: I agree with your point. Political aspects make caste based reservation inefficient compared to income based reservation. Both the reservation systems have their advantages and disadvantages. For a country like India where scrapping reservation doesn’t seem like a viable option as long as politicians are afraid of losing their power.

Santosh: We also can see a lot of talented people who doesn’t fall under any reservation category leave to other countries because of loss of opportunities to them. We also are creating an environment where unequally skilled people are enjoying the same benefits.

Deepthi: I think that will happen as long as we want to provide employment to all sections of the country, which is needed to reduce the poverty and unemployment levels.

Santosh: Yes. But, if real growth in the economy with equality and quality life standards need to be achieved, Government should take the bold step of providing opportunities, financial aid based on the income levels and not just based on the caste which means creamy layers in the minority communities should not be given excess benefits.

The issue is a complex one. In a country like India, to reduce the poverty and employment level, weaker sections of the society needs to be provided with financial aid or reservation. But, reservation based on caste can create many conflicts like we face in the current scenario which is not beneficial to our progress. Income based reservation can ensure that only people with less income get the benefits they really need, though it also has the inclination towards bringing inequality of opportunities as we move ahead. Living dynamics in India are changing gradually and in order to ensure equality, government should take the bold step of providing only financial aid based on the income level to nurture the skills required to grab the opportunities available.

• Reservation system is being used in education system as well along with the public entities such as parliamentary elections etc...

• There is a sub-quota of 4.5% for minorities which includes Muslims within the existing 27% reservation for Other Backward Classes.

• There is 4% reservations for Muslims in Andhra Pradesh who were included in OBC category.

« Swachh Bharat Abhiyan & its Effectiveness Digital India - Whom Does it Benefit? »
Important Group Discussions
Share this Page on: