Yash: Good morning everyone. The topic given to us is Swachh Bharath mission and its effectiveness. As all of us are aware swachh Bharath mission which translates to clean India movement, is a flagship government program to make India cleaner. It was launched on October2, 2014 on the eve of Mahatma Gandhi’s birthday by Prime Minister Narendra Modi.

Manjula: I am not sure if the campaign has achieved its proposed purpose. Though I appreciate the move by the government to make India cleaner, the whole process of nominating people, celebrities coming on to roads doesn’t seem to have much impact and I feel some people are using it only as a publicity stunt and nothing more

Priyatham: I don’t agree with you. Nominating people and posting photos on social networking sites was to make people aware of the initiative. We have to understand that only with people’s involvement a real change can occur 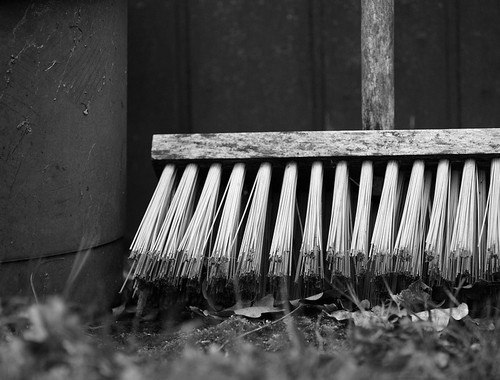 Bhavna: I don’t think that this mission will have much impact because the people of our country are inherently untidy and everyone feels that their house has to be clean but are not concerned about the surroundings. So until the mind set of people change, real change isn’t possible.

Anusha: I am also not sure about the effectiveness of the program. Several such programs have been implemented by previous governments like central rural sanitation program (CRSP) and Nirmal Bharath Abhiyan but the results were not so encouraging

Priyatham: Yes I agree with your point but I feel you are being too skeptical and you are seeing the issue from a narrow point of view. Swachh Bharath Abhiyan is not just about “not throwing litter on roads” there’s a lot more to it. The major aim of the program is to make India open defecation free by 2020 by constructing and propagating the use of toilets in all the households of the country. Another major aim is to develop proper drainage systems across the country

Yash: Exactly! Open defecation is a major problem in various parts of rural India due to which a lot of lives have been lost especially children due to contagious diseases. This program has already shown major progress in constructing toilets and motivating people to use them. A lot of districts in India have already been declared as Open defecation free and a lot more are in the process.

Salman: Yes and the other major advantage if the program is successful is that waste can be segregated and used to generate electricity which is being followed in many other countries. This can provide an answer to the growing energy poverty in the country

Manjula: I have recently read a news article saying that government is going to charge an extra tax of 0.5% named as swachh Bharath tax which is unacceptable. If the government is planning to do good to people, its ok but charging an additional tax for it is not justified

Priyatham: It again brings us to the question why is it that the government has to levy a special tax to clean our surroundings? If everyone is concerned about the cleanliness of their premises, swachh Bharath Abhiyan wouldn’t have been necessary at all!

Salman: And for any change to bear visible results, it takes time especially to bring a change in the attitude and mindset of people. Hence as citizens, it’s our responsibility to support the initiative instead of being cynical about it

Bhavna: all the time you are speaking only about changing mindsets but you are not concerned about the fact that our Infrastructure and beurocratic system are not flexible with the effective implementation of the mission. People are asked not to urinate outside but sufficient public toilets are not constructed. This forces the public to urinate in open .Here my point is that along with change in mindset, the external situations should also facilitate the change

Swachh Bharath Abhiyan is a very good initiative by the government of India which has the potential of transforming India into a better and cleaner country but for that the mindset has to change, also the administrative mechanism and the infrastructure have to suitable for the implementation

Swachh Bharat Abhiyan was launched by the Indian government and is aimed to achieve “Clean India” by 2nd of October 2019, the 150th birth anniversary of Mahatma Gandhi.

The total investment in the project is about 62000 crores of rupees.

The major objectives of the Swachh Bharat Abhiyan are as follows: to eradicate open defecation and manual scavenging which are still rampant in some parts of the country, to educate people about the importance of being clean, to generate power from waste etc

« Brain Drain in India Reservations in India- Caste Based Vs Income Based »
Important Group Discussions
Share this Page on: