Alka: Good morning friends. We are here to discuss about a very prominent issue Brain drain in India. People from all walks of life, like doctors, scientists, teachers, IT professionals, MBA’s etc are increasingly leaving the country in search of better opportunities abroad. It has become a major concern since India is losing a lot of skilled labor because of it.

Bhavin: I feel that these people who are going abroad for better pay and better facilities are very irresponsible and opportunistic in nature.

Chirag: I don’t agree with your comments at all. The question here is not about patriotism. The real issue is that the population is growing exponentially and the number of good educational institutions is very limited and the competition is very high. And the criteria of selection are perceived as highly unfair by lot of students due to reservations. Hence students are feeling that pursuing their education in abroad is better than the rat race in India for seat in a good institution. 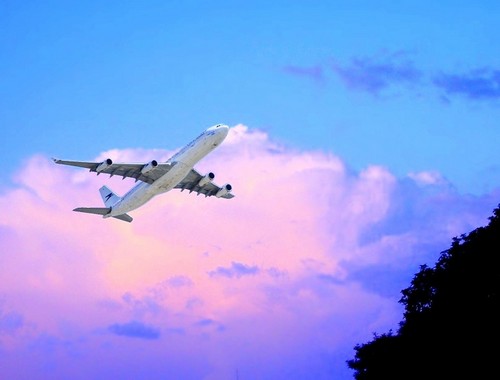 Deepak: Yes, and moreover the quality of education provided abroad is perceived as highly enriching with practical aspects which makes the learning complete. Moreover the so-called prestigious institutes are not being able to provide proper employment to all the students whereas there are ample employment opportunities in foreign countries

Eshwar: Another reason for this is poor quality of the education system i.e. no proper labs and equipment for research, no proper access to latest developments in the field, lack of experienced faculty, obsolete syllabus etc

Bhavin: when you say that the admission process is like a rat race in Indian institutions, isn’t it competitive in other countries. If people are able to get admission easily, how can one say that the institute is of high standard? In fact the process of going abroad for education has become like a rat race, we have seen recent incidents in which students are being sent away from U.S. and other countries because of lack of proper information regarding the basic requirements.

Fawaz: According to a recent report that I read, many of the top executives in fortune 500 companies are from IIT’s, IIM’s and other prominent educational institutions. Imagine if all their skill and expertise has been used to develop India, we would have progressed a lot

Chirag: I don’t agree that India is not being developed because people are going abroad. If that is the case, china should progress less compared to India since about 0.5million students go abroad from china every year compared to 0.1million from India. The lack of development in India is due to several other factors like corruption, red tapism etc

Fawaz: the role of the foreign countries is also important here. They are trying to retain best talent from other developing countries because they of the cheap man power. On the other hand, people are being lured by the “green-card”, standard of living of the foreign countries which makes the pay check and facilities they receive from Indian companies very less. But the people who are complaining about lack of facilities in India should realize that it is their responsibility to develop this country instead of running away chasing better life

Alka: One of the major road blocks for Make in India initiative is the lack of innovation in India. Make in India is relevant in this context because all the efforts are being directed towards making India a manufacturing hub, but thrust is not being given to Innovation. At least now, the government should start giving important to innovation by including more practical learning in UG, PG courses increasing spending on R&D etc

Fawaz: Another major reason is that the system is unfavorable to entrepreneurs because of procedural delays, tax structure, corruption and a lot of other things because of which people prefer foreign countries. India ranks among the last in “Ease of doing business” index which stands as an evidence for this.

Bhavin: To stop this dangerous phenomenon of brain drain, government tried to discourage doctors from migrating by not issuing no objection certificates. I suggest such similar measures to curb brain drain among scientists, researchers and other professionals

Chirag: But do you think stopping someone by force is the right way? Will it serve the purpose of developing the nation? Instead I suggest that the government should focus on providing standard education and suitable employment opportunities to everyone which would reduce brain drain automatically

Brain drain damages the economy of a nation seriously and has to be curbed. Each citizen should feel owner ship of the country and involve themselves in the process of its development. And the government should also make it a better place both for students and professionals. With various initiatives being implemented by the government like Digital India etc the condition seems to be becoming better.

-Brain drain, also called as Human capital flight is the emigration of talented and well-educated people to another country in pursuit of better pay and higher standards of living. This is a serious problem being faced by developing countries

-Approximately 140000 students from India go to foreign to pursue higher education whereas from china, 450000 students migrate every year

-As per 2011 census, about 13000 highly skilled employs and 700+ researchers migrate per year from India

-The top 5 destinations are USA, UK, Australia, Canada and Newzealand as of 2015

« Commerce on Mobile. Is it the Future? Swachh Bharat Abhiyan & its Effectiveness »
Important Group Discussions
Share this Page on: