5 people are having a discussion on the topic (Akash, Bidyut, Charan, Dinesh, Eshwar)

Dinesh: Hi all, the energy security is of the most contentious issues that India is facing and India has to take required steps to safeguard the growth of the nation. With the present exponential growth that India is witnessing and growing population India needs to add a lot of power in the coming decades. Without which a brighter India is a distant dream.

Bidyut: With a 249 GW power installed in India the nation needs almost four times of this by 2030, which is impossible with the red-tapism and the way the policies go in India. This inefficient ways of administration along with power thefts and distribution losses lead to a massive power cuts and blackouts, which is highly injurious to our manufacturing sector.

Akash: To add to his point India is one of the countries that looses significant amount of power due to the transmission losses and power theft and infrastructural constraints. The amount of power lost in this would account to almost 25% of total generated power in this country. 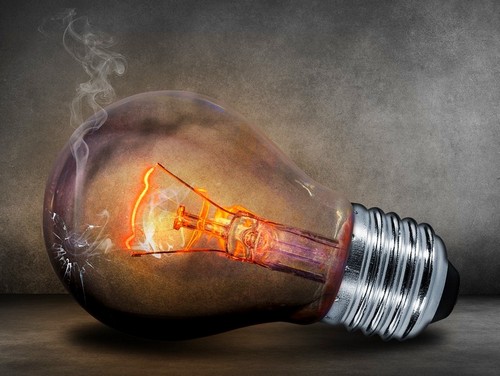 Charan: India has almost of 65% of electricity generation in the form of thermal. The coal production and distribution is solely controlled by CIL, which always end up in shortage of supply. The coal should be slowly liberalized to meet the immense demand of this resource.

Eshwar: I think there must be some changes in the way the electricity is distributed. As almost 50% of distribution of electricity is controlled by State electricity board its almost oligopoly of government sector. This sector needs much more liberalization along with standards being established in power trade.

Bidyut: These structural problems combined with government perks announced to the people are resulting in mounting of accumulative losses. Moreover the inefficient practices of individuals such as not switching off the electrical appliances after the usage or unnecessary usage of heavy wattage products such as A/C usage in normal weather.

Akash: I think the focus should slowly shift towards the renewable energies such as solar, wind and nuclear. Along with which we have to educate the better usage of electrical appliances. For example leaving the charger on after the usage burns 0.01W/day, which may seem miniscule amount but when compared to a city like Delhi/Mumbai its huge lot of chargers and lot of power being wasted.

Eshwar: The solar could be exploited to the best possible way due to the research has made it more efficient and cheaper. Moreover India is located geographically close to equator where lot of heat from sun is incident over the surface of land and in order to exploit this renewable resource in a better way we should promote R&D in our country over the solar panels

Dinesh: With a mere share of 7% to the entire energy sector solar power has the potential to meet the growing demand of electricity in our country.

Bidyut: India being a monsoon driven economy there is a lot of scope for the wind energy also to be generated. Spending some amount as research over these sectors could safeguard the security of India in the near future.

Charan: Nuclear power and hydel power can be used to a limited extent as they have severe negative impacts on the environment such as Fukushima Daiich disaster and Kedarnath floods.

Akash: I think there is a need to be a strategic plan for India to put in for the sustainable growth to make into reality. This plan should include the aspect of power trading norms from center/private to state boards. This is important because the excess power is traded at a very low price due the lack of storage time and produced power should be consumed almost immediately. This turns out to be a loss for the center and/ private distributors making this sector very less attractive.

Bidyut: Yes I think its necessary for a good policy along with dedication to implement it in an efficient way could set the India’s energy security in a safer path.

India with its infrastructural constraints from the supply side and distribution energy sector of India is in doldrums as of now. Whenever summer arrives except for metropolitan cities whole India faces lot of power shortages. By diversifying more into solar and wind power to meet the demand in future. Along with it a plan to reduce the transmission losses is required for the electricity boards to be profit making and attractive sector.

• 249 GW power installed in India being the third largest producer in the world.

• 65% of electricity generation in the form of thermal.

• The total losses account to 25% of total generated power in India.