Vern: I totally agree with you. To be more specific, I believe we have become more ‘westernized’ and our youth is more courageous than ever in voicing their opinions about this important area of marriage. They strongly believe the decision of marriage should be totally left to the discretion of individuals and marriage-the social contract should never be forced upon any one. 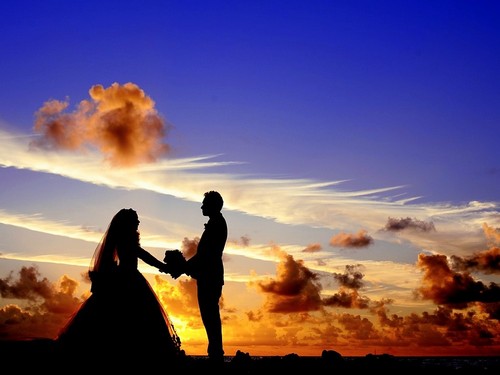 Kevin: I am afraid I have to slightly disagree with you. In my opinion, you people project a slightly optimistic picture of our country. We still have a lot of arranged marriages going on and women particularly in the rural areas have almost no say in their marriage. A large portion of the marriages that happen in India are still arranged marriages where the bride and groom almost don’t have any say in their future life partners.

Chandler: Yes, less than one percent of the people practice live in together relationships in India as compared to more than 20% in USA and most of whom get pregnant before marriage. It’s a common phenomenon in advanced countries like USA but not so in our country. Even though it’s not illegal in India, still it’s socially frowned upon. So, it’s a hard truth that we are not culturally advanced as countries like USA and we have to accept it. But with rapid urbanization, we are looking forward to that kind of scenario.

Peter: Women empowerment has also been a major factor in changing the way we view and deal with marriage. Since, women have started attaining financial security, it has pushed men to give more freedom to women in marriage and they have started respecting women’s opinions and choices.

Betty: Yes and the other important factor is education. It is because we are educated, men understand women are equal to them and women realised they should not be under the clutches of men forever.

Vern: We are a long way from practising living together, premarital affair etc in a formal and socially acceptable manner. Even though, we have made some progress in these areas, it’s still a long journey.

Kevin: Even though, I welcome and respect people’s choices, I opine that a certain amount of societal restriction is also good for the individuals in general. For example, due to liberalisation the number of divorce cases has gone up in our country and people have filed cases for petty reasons like they want to split because they could not agree on the colour of the tooth brush they are using.

Rhea: I am afraid you are being a bit traditional in your thought process. I feel it’s better to get divorce than to adjust beyond a certain point because ultimately happiness in life is more important than anything else.

Kevin: But if we start getting divorces, children’s future might be affected if they do not live with both parents together. Moreover, the social stigma associated with getting divorces might also affect our happiness after starting our life as a single.

Vern: Yes, that is true. But children living in a house where parents are constantly fighting will also affect their emotional growth negatively. I suggest we break ourselves from these social clutches and help in building a liberal and socially harmonious society where people can pursue their choices without any hindrance.

To conclude, we unanimously believe marriage as an institution is losing its significance but it will be a long time before we actually start seeing appreciable effects in our society but we are certainly in the path towards that. We can be sure that women can never go back to the state of being under ‘subordination’. Marriage as an institution is losing its sheen and significance. This can be seen as a ripple effect of empowerment of women and the rights of women to have equality alongside men and allow them to enjoy all rights that men has. Even though there are a few negative aspects in it, we believe that more liberalisation will be for the general good of the society and certainly in the area of marriage.

• Percent of marriages in India that are arranged -89%

• Percent of marriages in the world that are arranged – 54%

« Euthanasia – Should it be Legalized? India's Energy Security in the Future »
Important Group Discussions
Share this Page on: