5 People are having a discussion on this topic Kevin, Suzzane, Priyanka, Viktor, Ruben

Kevin : Hello all, today we have gathered here together to discuss the topic, ‘Impact of lowering oil prices over world economy’. So, in the past couple of years, oil prices have fallen rapidly from $60 a barrel to historically low levels of less than $30 a barrel. The main reason of this fall has been due to the OPEC countries refusing to reduce production to battle the Shale gas produced by the United States through Hydraulic fracturing.

Suzzane : Yes, OPEC countries have allowed the extraction of crude oil beyond the demanded levels thereby reducing the rate of oil to very low prices. This can make the Shale oil produced by hydraulic fracturing less economically viable compared to crude oil. So, OPEC is trying to prevent USA from exporting to other countries by puncturing its own profits.

Priyanka : Not really, some suggest that USA is also supporting the fall in prices of crude oil because this is hurting big economies such as Russia, Iran and Libya which are primary exporters of oil and their economy also depends highly on oil. 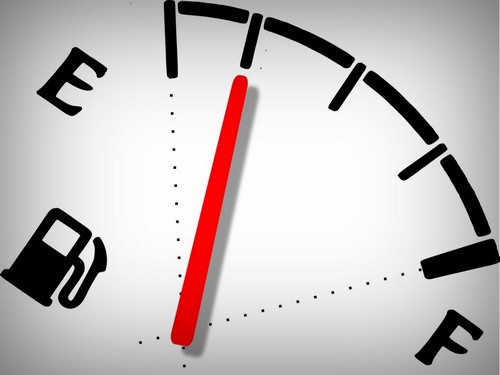 Viktor : This has actually led to an economic war between many countries. The reduction in prices of oil has directly been because of the economic war between OPEC and USA. Further, this has also intensified the tensions between Russia and USA and aggravated the already existing cold war.

Suzzane : Whatever the reasons be, it has surely benefitted many countries including India. Since oil and petroleum have a great importance in the price of all products, the reduction in prices of oil have caused the prices of many products mainly commodities. In most developing nations that are importers of oil, this has been a really good news because their inflation has reduced.

Kevin : Yes, let us take the example of India. The prices of petroleum has decreased from Rs. 73 in 2013 to almost Rs. 47 now. This has directly caused inflation to reduce from around 10.5% in 2013 to around 5.5% now. In certain other countries, this oil price reduction has led to deflation also.

Ruben : The reduction in oil prices have not only been beneficial to the consumers but also the government. This has given the government an opportunity to increase the excise duty and other taxes on petrol and diesel. Earlier due to high prices, the government had to give subsidies. So, this change could bring about a sufficient reduction in the budget deficit of India.

Viktor : Well, I don’t agree to Kevin that falling oil prices can lead to decrease in inflation. In India, it may be the case but not in all countries. Venezuela, one of the largest exporters of crude oil is experiencing very high inflation due to lowering crude oil prices and in fact, it has led to country wide riots.

Priyanka : Adding to what Viktor has said, Russia is also very adversely affected mainly because Russia is the second largest exporter of crude oil and almost half of its budget is got from oil revenues. This reduction of oil prices has caused severe financial hardships and depreciation of Ruble, the Russian currency.

Viktor : Yes and not only that, low oil prices have brought the whole fracking industry to a standstill. Fracking or otherwise known as Hydraulic fracturing is a bit expensive process and requires high oil prices to function. Thousands of Americans who depend on this industry are now facing a lot of trouble without work.

Ruben : Well, though those who depend largely on oil have been affected, reduction in oil prices has had a positive effect overall. We must not forget that it was the falling crude oil prices that speeded the global recovery from the economic crisis post 2011.

Suzzane : Yes, falling crude oil prices have been an important reason behind the fast growth of Indian economy. India is now the fastest growing economy and a part of it has to be because of the falling oil prices since India is an oil dependent company.

Priyanka : It is evident that falling oil prices has been welcomed by oil importing developing economies. But it must not be forgotten that if oil prices fall too low, a crisis is bound to occur. It has happened in 1970s when falling oil prices was one of the important reasons for the fall of Soviet Union which led to a recession. There is a huge chance that history can repeat itself.

Well, the fall in crude oil prices has a huge effect over the world economy. This fall in oil prices has resulted in both – good and bad effects. The good effects are the reduction in price level in most developing countries and it has led to decrease in inflation. It has also been the main cause for the quick recovery of many countries from the 2011 economic crisis. The bad effects include the reduction in revenues in oil exporting countries like Russia, Venezuela etc. It has also led to tension between OPEC countries and USA. The cold war between USA and Russia has also aggravated because of this. Fracking industry has come to a standstill. Though in overall the lower prices have had a good effect, it can lead to a recession as in 1970s if the prices remain low for too long or further reduce.

• Russia is the second largest exporter of crude oil and almost half of its budget is got from oil revenues.

• The fall in crude oil prices was one of the important reasons for the economic crisis that occurred during the 1970s.

« Gold- Best Investment or a Bursting Bubble Euthanasia – Should it be Legalized? »
Important Group Discussions
Share this Page on: