GD Topic - Indian Villages – Our Strengths or our Weaknesses

5 People are having a discussion on this topic: Karan, Tejas, Shruti, Kanika, Tarun

Karan : Hello All, today, we have gathered here to discuss on the topic, ‘Indian Villages- Our strengths or our weaknesses’. Villages constitute almost 70% of our Indian population. This in fact tells us that how important are villages in a developing economy like ours. But whether they are our strength or our weakness is a real point of concern.

Shruti : It is true that 60% of population depends on agriculture. But it is a worry that agriculture only contributes about 23% of our GDP. This actually shows us that villages where almost all of our agriculture is done is not our strength but our weakness. 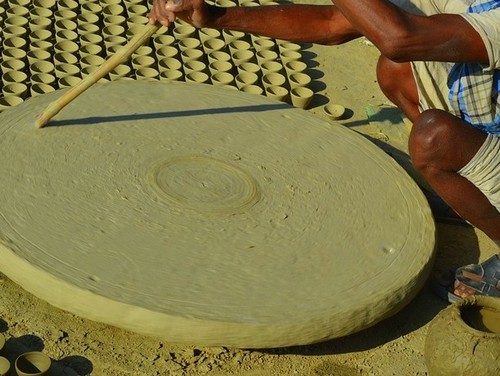 Kanika : We usually forget that more than 50% of our GDP is contributed by Services. During independence, almost 60% of our GDP was contributed by agriculture when the Services sector had not grown a large extent. Now the reduction in percentage is not as a result of reduction in agriculture but as a result of the rapid increase in the Services especially the IT Sector.

Karan : Yes, adding to what Kanika said, agriculture has actually expanded in real terms. India is able to survive just because of its villages. Not only that, villages have also played a very important role in maintaining the ecological balance.

Tarun : Nobody is denying the fact that India will not survive without villages. The real point of this discussion is to decide whether villages are our strength or not. Yes, agriculture has grown since independence. But, its growth has been very negligible compared to the growth India has seen in services or manufacturing.

Shruti : Yes, the growth in agriculture is only about 2% while the other sectors such as manufacturing are seeing growth in double digits. Further, villages are considered to be weak because of the level of social problems prevalent. Poverty, Illiteracy, Unemployment are all high in villages.

Tejas : Illiteracy and unemployment have decreased very rapidly and it is not the way it used to be a decade ago. People have realized the importance of education and almost all children go to school nowadays. Credits have to be given to the schemes such as ‘Mid-day’ meal scheme introduced by the government which has improved the level of education.

Kanika : Unemployment has also reached record lows, thanks to MGNREGA Program which assures employment for all villagers for at least 100 days. Not only that, most of the social evils such as Infanticide, Untouchability and Child labor have disappeared today.

Tarun : Well, I don’t think all these social evils have been totally abolished. Child labor is still prevalent in India. Poverty rate has not changed much. Almost a third of the total population are struggling to earn a square meal a day and most of this population live in villages. Not only that, the lack of basic health facilities in villages makes India look like a weak country.

Shruti : True. Many foreigners still perceive India to be a country of snake charmers. Today, one of the most important points of concern is the absence of proper water facilities. This has made many villagers leave agriculture and move towards cities for a living.

Tejas : Poverty is a concern not only in villages but also cities. Cities too have a large proportion of poor people. I have witnessed many rich people living in villages. I feel that poverty cannot be seen as a reason to deny villages being our strengths. Migration of villagers to cities have been a concern and government is trying to motivate people to be involved in agriculture with many schemes and subsidies.

Tarun : These schemes have not brought the intended effect. The expanding technology and opportunities provided by IT sector are luring villagers to cities. Absence of technology in villages has aggravated this migration.

Kanika : There are schemes such as Gram IT aimed to improve the IT facilities in villages. Despite all these, we must not forget that the villages are centers of economic activity and economy of India is largely dependent on villages as most of the industries are located here. Villages also stand as a symbol of traditional and cultural values that India is known for.

Villages are definitely an important part of our economy with more than 70% of the population living in villages. They are responsible for the production of food, milk and milk products without which our country will not be able to survive. The presence of industries in villages adds to the fact that they are they are the centers of economic activity. Such important villages have to be our strengths for our country to develop rapidly. But many hurdles have stopped this from happening. Some main reasons include poverty, absence of basic health facilities, lack of technology and infrastructure. Though the government has taken many steps to improve the condition, a lot has to be improved. The migration of villagers to cities has also been a potential problem. The government has to take sufficient steps to prevent this and motivate people to engage in agriculture. Only then can our villages be preserved and only then can they become our true strengths.

• Today, agriculture contributes only about 23% to GDP while during independence, it contributed more than 60%

• The Services sector contributes more than 50% to GDP nowadays.

• The nominal growth rate in agriculture is only about 2% on a year on year basis.

• Almost one in three persons in India is struggling to earn a square meal a day. About 33% of the population is below the poverty line.

• The MGNREGA scheme has reduced the unemployment rate to a historical low of below 4%.