GD Topic - We will never be Corruption Free Society

6 people are having a discussion on the topic (Santhosh, Archana, Hari, Kavya, Ram, Karthik)

Hari: Good morning everyone. It’s nice to meet you all once again. Today we are here to discuss on a never ending topic on Indian corruption. It is a major issue and it hits our economy so badly. It is a fact that 62% of Indians pay bribes to get their works done in public offices few years before and in the Corruption Perception Index, India ranks 76th among other nations of the world in 2015.

Archana: You are right Ram. The main reasons are the low salaries and high cost of living. Because of these, people think to make easy money, than to try making money via proper means. It takes time and effort to go through other alternatives which are not a part of corruption. They are mostly unaccountable so it makes them easy to go in hands of bribery. 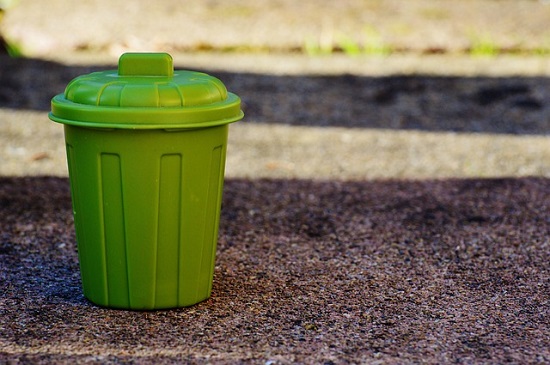 Santhosh: But Archana, it is not only about a small chunk of money. There are trillions of dollars having been stashed in Swiss banks. Even though these were the allegations made by Indian media, they are mainly owned by corrupt politicians and industrialists.

Karthik: Hundred percent right Santhosh. Actually they play a huge role in almost all of these scams. They mislead the public with incorrect information and with the help of media they play politics against their opponents. So its corruption everywhere we turn.

Kavya: I agree with everyone. Actually the main reason for corruption in our country has many portfolios. More Government departments with Non-Transparent bureaucratic power, Complicated licensing and Tax systems, Enormous regulations and Government controlled institutions playing huge monopoly on certain services and goods delivery. And it doesn’t stop as it continues.

Ram: It’s a pathetic situation where we are in. I have certain factual information that proves really shocking. It’s under India’s FIR reports, 120/524 members of parliament were accused of crimes in 2009. Can we even think of safety and security in these people’s hands?

Hari: Yes Ram. Adding to it there are big scandals in India having involved higher government officials. The worst part is even chief ministers and cabinet ministers are part of it. 2g spectrum involved corruption of nearly 1.7 lakh crores. While Commonwealth Games 2010 involved 70000 crores. Apart from that Coal Mining scam included 1.86 lakh crores which are beyond our thinking. There are also few more scandals as Adarsh scam, Karnataka Mining scam and cash for vote scam.

Santhosh: They are very bold as they are in elite group. Those people always find loop holes and they are away from being punished severely. Media plays a major role here. They create a shield over these elite people by making some sensational news to blindfold the public.

Archana: Exactly Santhosh. The thing that we need to understand is that, though are several bodies to have an eye over this, they are also being headed by these elite people in all sectors. Be it Police, lawyers, doctors, politicians, everyone is the same. The elite group of people rules and the little one gets caught in bribery and that too in minimum figures, when compared to the big shots.

Karthik: The exact question that comes out here is whether we can be out of this evil? Is there any real solution to get rid of this? And obviously it can be done to some extend if a proper is system is followed in India and everyone adheres to it.

Kavya: Perfect Karthik. That’s where I am heading towards to. All the processes being computerized could be one of the solutions. Even Public sector privatization, stringent punishments against people who are a part of corruption. It should be done without considering the power and designation of the person who was proven guilty.

Hari: Yes guys. At least we should have a hope that the coming generations may not need to suffer as we do. For that, everything should start from the basic. Proper education to the future generation will prove to be the main key. So, by the way everything that follows the basic should be right.

Though it is not possible to eliminate corruption in a single night, it could be eradicated gradually through certain measures. The RTI gives us all the expected information about the Government officials, offices etc. Under this act, we have the right to question the Government on any problem we face. We need to depend much on Central Vigilance Commission as it was setup by the GoI to guide and advise the Government agencies in vigilance areas. Any sort of corruption could be reported to CVC. Special courts establishment for instant and speedy justice could be a great positive aspect as well as following string laws that make sure no one could escape out of the law using loop holes.

Facts from the topic

1 It is a fact that 62% of Indians pay bribes to get their works done in public offices few years before and in the Corruption Perception Index, India ranks 76th among other nations of the world in 2015.

2 There are trillions of dollars having been stashed in Swiss banks as black money.

3 Under India’s FIR reports, there is a record that 120 out of 524 members of parliament were accused of crimes in 2009.

« FDI in Retail Sector a Boon or Curse? Management lessons cannot be taken in Classroom »
Important Group Discussions
Share this Page on: