Six people are having a discussion on the topic (Wayne, Ben, Katherine, Cindy, Sylvester, Andy)

Wayne: Hello everyone, we have to discuss does texting affect vocabulary. I think it does and not positively. It is adversely affecting the writing habits of youngster.

Ben: I agree with you on this. We ourselves have experience that. We tend to use short forms of everything and nobody cares about the grammar while texting.

Katherine: I do not agree with this. Just because of some experiences no one can blame texting for poor vocabulary. If you look at the other side of the picture, texting has actually brought people closer to writing. Think about it a while, without texting how many of us were writing stuff. 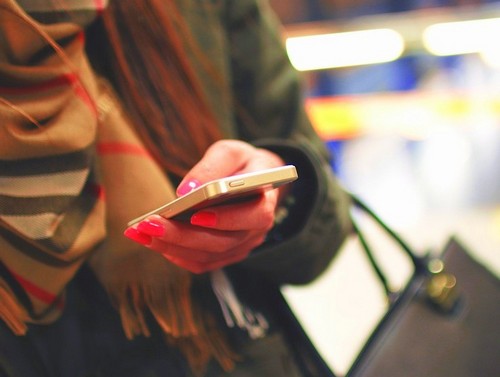 Cindy: What is the point of learning something if you are not doing it correctly? And we are talking about a language. We text all the time and use short cuts and bad grammar and that will lead to such a condition when we will start using the same experience in general English also.

Wayne: Yeah and people are not even sticking to English while texting. They mix it with the local languages and that is also affecting the English language in general.

Sylvester: But on the other hand, it is helping a lot of people to come closer to learn the new vocabulary and the number of such people will be much more than the number who are using bad vocabulary.

Katherine: Exactly my point. And there are people who stick to normal English also. And about using the English with local languages, well that has given birth to a new language. May be that will help to bridge the gap between the two languages and help people to understand English better. I think of it as a good way of learning.

Cindy: Look, I am not against the bridging thing but when the things that you are learning are not correct. How is it useful?

Sylvester: That gives a start. And why are you considering that all the people use short forms and other stuff while texting.

Ben: It’s an assumption but an observed one.

Andy: It differs from person to person. How they are going to use texting. No one can force them to stick to the basics.

Wayne: But those basics are the back bone of the language. I think, we are drifting away from the topic. Is it affecting?

Katherine: See. The main thing is it is developing the vocabulary in people who didn’t have it. So good or bad but it’s still just a start so no one can say that there is any damage. We should appreciate it.

Cindy: But it cannot be denied that the people who are using improper grammar while texting will never be able to appreciate the true value of the language.

Wayne: Another thing is that the short form saves a lot of time and the bad grammar make every stupid mistake acceptable for the youngster.

Cindy: Obviously! When people can get away from the pain of learning the rules of the language they will be more inclined towards the alternative.

Ben: Researches have proved that this habit of youngsters will not only hamper their learning in the short run but will also be responsible for a bigger mess. Pupil will never understand the value of literature.

Katherine: Well! The internet savvy generation was anyone drifting away from the literature. No one sees a crowd in libraries any more. From what we know, texting has been a very special tool to share information and to exchange hobbies. With right set of people around you, you will be more involved in literature than ever before.

Cindy: That is one pro for texting but it by no mean have proved that texting is not good for English. The discussion is not going in the right direction. Texting might have some pros but vocabulary development is not one of them.

Andy: One wild assumption is that only the highly educated people are using this language. The bridging thing we discussed earlier is a real thing. In most areas in our country, people used to rely on the local languages but with the evolution of the mixed language, it is easy for them to talk with their peers who have better education.

Wayne: But then, it is limited to a smaller amount of people. Isn’t it? And with such phone schools, who will tell them about their mistakes. How will tell them the real problems and everything.

Katherine: First thing, it is not limited to a small number of people. You can look in any report that the people who have very limited exposure to English are much more than the people who can read and write English. Second point, the online dictionary and autocorrect facilities will take care of a lot of thing.

Sylvester: Exactly. By dictating long rules, we are going to cut their will to learn the language but gaining a common ground was necessary and this way, we have got what we have always wanted.

Cindy: The rules help them to learn it in a proper manner. And now you are making an assumption that only people who wants to learn are learning through texting but the truth is a lot of people are picking habits from here which is very problematic for the language.

Ben: I think the both sides of the coin are equally weighted. It’s on us how we are going to use it.

• A research says that elementary school students who text are better spellers than their peers who do not.

• Texting is most popular among the adults aged 18-25

« Is Work Experience Required for an MBA? Impact of Chinese Spillover over the World »
Important Group Discussions
Share this Page on: