GD Topic - Impact of Chinese Spillover over the World

6 people are having a discussion on the topic (Sam, Vern, Michael, Sonika, Rachel, Arnold)

Vern: The topic given for us today is Impacts of Chinese spillover over world. First of all let me give a brief introduction about the Chinese economic slowdown and then we shall discuss about its further impact on the world economy. Though China claims that it has devaluated its currency due its inclusion in SDR basket, it is clear that China has deliberately done this because to tackle the anticipated economic slowdown primarily contributed by global slowdown, housing sector and steel sector slowdown. Just to get better clarity behind the economics behind this issue, if a country devalues its currency, its exports becomes cheaper in the international market and hence more competitive compared to other nations. Thus china’s exports will increase and the exports of other countries producing similar goods will decrease. Thus china is trying to grow at other countries’ expense.

Michael: Clearly China is one of the largest economy and its slow down with other macroeconomic multipliers would have a further impact on Chinese economy and other economies too. Like 2008 recession, will the impact of china’s slowdown on India’s economy will be short lived or will have a longer impact in our economy can be predicted only based on the analysis of the efforts taken by the of Government and our central bank, The Reserve Bank of India. 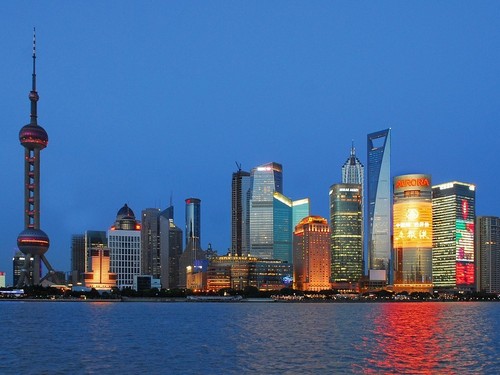 Sam: The direct and immediate effect on the Yuan devaluation was the crash in the stock market. Many investors were took back their invested capital from stock markets of countries, which are directly related to China.

Sonika: In today’s world where economies are built around perfect capital mobility and free trade between countries, no country’s economy could be isolated to a good extent from other countries economy. Countries which majorly exported to China have to look for other markets. Australia’s 30% export was dependent on China. Now Australia has to get other markets to sell its export goods. In turn this will affect their economic growth and hence a multiplier effect may be formed. Even though the world economy provides a gloomy picture, India continues to be a bright spot which is a big reason for us to cheer.

Arnold: To take forward your thought, though China’s economy contributes about 15% of total world GDP, analysts predict that its slowdown would have only little effect on Global economy. It is already evident that after four months of the Yuan crash no major slump has been witnessed, both in India as well as in other countries.

Rachel: According to the report published by IMF, one percentage point slowdown of Chinese economy would result in 0.3 percentage decline in other Asian countries. Also major macroeconomic crisis tend to have a long-term effect and hence arguing that effect has not happened in four months makes little sense. The effects might be delayed but eventually anything might happen. With the growth outlook of china for the next three years have also been projected to decrease year-on-year, this might pose a big problem not only for India but the entire global economy.

Sonika: Yuan devaluation will lead to making China’s product cheap in other countries market making it more competitive compared to the local goods. This might affect the local suppliers and in countries like India which has relatively high current account deficit, forcing to make more exports would increase the deficit burden even more. This might hamper India’s target of double digit growth in the near future.

Vern: The U.S. crude oil prices have slipped to about 45% of its value over the past few months and this could be attributed to economic slowdown of China, which is a major purchaser.

Arnold: The devaluation by China might trigger similar competitive policies by other countries which might result in a Currency War. That might turn out to be a bigger problem which has the potential to produce disastrous effects.

Vern: In many countries like UK, which has already followed a deflationary trend over the past few years have a pressure on devaluating it further.

Sam: I conclude by saying that the right proportion of Monetary and Fiscal policies should be implemented in the countries which are either directly or indirectly related to China’s economy to prevent the ripple effect of the Chinese economic slowdown. Also countries should never enter into competitive devaluation which would result in a loss for everyone. Coordinated fiscal and monetary policies are required if recession is world-wide and this would lead to a win-win situation to all countries. As we know that the Capitalist economic frame work always has booms and recessions taking place in a cyclic way, optimum policies has to implements in due course to prevent deep and long recessions later.

China is one of the most powerful global economies of the world. It is a pioneer in manufacturing and is hub for global trade. Fluctuation in the Chinese economy is bound to create problems across the world in export & import, and can have a direct impact on the currencies as well. However, since the trade is more global, this impact would be balanced by other growing economies like India, Brazil etc.

• People’s Bank of China (PBOC) has made three devaluations consecutively of its currency the Yuan, decreasing over 3.5% off its value,

• Since 2005, China’s currency has appreciated around 33% against the US dollar and the first devaluation efforts on August 11 marked the largest single drop in 20 years.

• Data from the Chinese government shows that the exports of the country had fallen 8.3% in July from the previous year

• Economists at Fathom Consulting believes that GDP growth of china could be actually less than half the most recent official figure of 7%. They base their opinion on the fact that the commodity price has dropped a lot in the past one year and this could be seen as evidence of a slump in demand.

• The Chinese currency has lost more than 4.8 percent in global markets due to the action taken by the People's Bank of China (PBOC), the central bank of china has changed the way it calculates the reference rate around which the Yuan is allowed to trade in a two percentage point band

• Fiscal expenditures of china has jumped 24.1 percent in July, which reflects the Chinese government’s efforts to stimulate economic activity

« Texting Affects Vocabulary Negatively Does Morality have an Essence in Corporate Life? »
Important Group Discussions
Share this Page on: