GD Topic - Does Morality have an Essence in Corporate Life?

Five people are having a group discussion on the topic: Henry, Kevin, Claire, Peter & Albert

Henry: Well, today we have the most debated topic of current time. That is the essence of morality in corporate life. Well, I would say it is an abstract topic for many people as it comes with a trade-off of a high growth rate of the business.

Kevin: Obviously, people think of it like that only but we must say that coming technologies and the ease of information flow must have given the managers and decision makers a whole new perspective of the topic.

Claire: Yeah. It is quite evident by the efforts of the government and industrial personals to encourage works which can reflect to the morality of the sector. But it seems more like an obligation than a work done with pure heart. 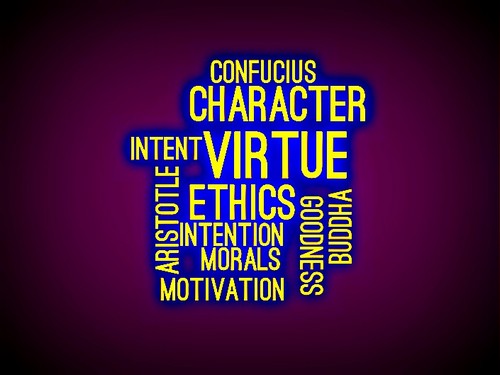 Peter: Well, whatever are the motives of doing the work but it must be seen what impact has it brought on the society. Yahoo’s data centre in New York is a good example. It not only brought good reputation for the organization but also helped them to set the benchmark for the industry itself. The energy efficient centre is not only generating jobs but also recognized by the society as a good step by the organization.

Albert: the initiative is good. But then, it is also encouraging the fraud activities in various organizations. People know that good work in this direction brings good name for the organization and hence they try to get the good name for themselves without doing anything. If we look at the Volkswagen case, they were trying to get the good name with a low emission engine because they knew that they can sell it with this tag and they got involved in bad practices and broke many of the laws.

Balaguru: It’s a good point actually. Morality is something that cannot be forced on anyone. Companies are using the CSR funds for PR activities which involve a pinch of good work and handful of lies.

Claire: The main reason is that the performance of the company is reflected by their balance sheets and decision makers realize that. The argument is simple. They are in the market to make profits and not to do the social work.

Henry: Nobody is asking them to do any social service but you are dependent on the society and it is morality to take care of all the stakeholders of the company.

Kevin: Well, a lot many in corporate sector are not thinking the same way. But we cannot argue that these organizations have made our life easy. They have generated jobs and bulk of them and if not anything else, it must be seen as a good thing that they have done for the society.

Peter: Isn’t it a demand for them? Hiring people is not at all morality but a need for them. We simply cannot label it as their goodwill.

Claire: Yeah, but again whatever they try to do, we find some hidden agenda and use it against them. Whatever these firms are doing is making changes in people’s life and we should leave it like that only.

Balaguru: That can work me guess. When companies will realize that people are accepting the fact that they have done something with pure morality they might get more involved in such activities.

Albert: Exactly. If we keep doing this and label their efforts as a marketing effort, it can demotivate them and then it will be more profitable for them to do everything for which they are known in the market.

Peter: But we still have to address the matter of fraud cases which are rising day by day just to come close to the status of the companies which are engaged in social cause also.

Claire: I think, some tight laws by the regulators can curb this practice in the market and the media need to differentiate among the people who are actually working and who are not.

Kevin: I agree. It needs to be differentiated so the people who deserve the applause will get it. It will also help them to ease their business processes.

Balaguru: It has been evident in the past that companies which take care of people near their plants get good response from the people also and those who neglect their stakeholders always have to suffer from protest and such things.

Henry: And it is not like that someone is keeping the firms at gun point but with increasing terror of global warming and other dangers on the planet, the corporate sector is also realizing their responsibilities. Firms like Philips, Tata, Panasonic, and Yahoo have taken steps which are beneficial for the society as whole.

Albert: And adding to this, the compulsory CSR will also help or force the companies to realize their roles in the society.

Peter: About that, do you people think that it’s a good thing to do to impose such compulsory CSR on companies against their will.

Kevin: Look at the bigger picture. Government all over the world need support from this private entity and if a compulsory CSR can help them to realize the same at a bit faster pace, then it’s good to have it.

Claire: I think, we all think that there is an essence of morality in corporate life but there is a lot of scope for improvement.

The morality in corporate life and the decisions made by the people is on rise if not always have been there. There is scope of improvement but we also need to appreciate the attempts that have been taken for the betterment of the society. People who are using unfair means need to be punished. Government needs to play a major role in bringing more reforms to help people think about the common good.

• Valeant’s shares fell 75% in one week due to the revelations about its alleged mishandling of the Philidor acquisition.

• The percentage of organisations providing ethics training has increased from 74 to 81 percent between 2011 and 2013.

« Impact of Chinese Spillover over the World Is StartUp Culture a Fad or a Trend Setter? »
Important Group Discussions
Share this Page on: