GD Topic - Is Automation in normal lives boon or bane?

6 people are having a discussion on the topic (Peter, Suzan, Kevin, Henry, Ewa and Martin)

Martin: Good Morning friends. Today we are going to discuss on the topic is automation in normal lives boon or bane. Automation has changed our lives a lot. Whether the change is positive or negative on our life that’s the biggest question now we have.

Kevin: Automation has changed everything for the good. If there were no automation, life would not have got easy as it is now. Earlier everything was manual and it demands much more of hard work and efforts to do little things. With the advent of technology and automation, many difficult processes and works have been easily done by the machines.

Suzan: Well, that’s actually good. Automation helps to reduce the efforts in any field. Washing clothes is not a really great activity to do. It’s a time consumer activity which has been replaced by washing machines, so now that time can be utilized in some productive way.

Henry: Absolutely. Even with coming of emails, postmen need to do less work and many people got jobs in information technology sector. So in a way, the efficiency of work has increased over the time.

Peter: But we should never forget that not all people have the skills to do work in these sectors. It required a lot of basic knowledge which is not possible for a person who once would be doing some small job and having limited knowledge in this sector.

Kevin: Low skill workers are replaced but even high skilled workers are getting replaced by the machines. In short run, it may seem to be increasing the unemployment but in long run, automation has freed the people from unnecessary work. With the increase of precision due to automation, we have achieved huge heights in medical sector which has saved many lives. 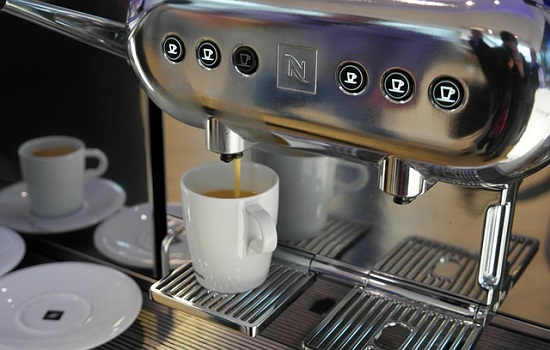 Suzan: Adding to that, even in field of technology, most of the gadgets are getting smart and this has taken communication to next level and now we can talk with person miles away from us without any problem. Automated objects are getting part of our life. Even in sports, automation has improved the performance of athletes by monitoring their performance and rectifying on each level.

Peter: I partially agree with you. Automation has limited the scope of the players as natural environment for gaming is also changed with the mostly indoor games on computers and play stations. It makes people weak and it’s ultimately the invitation to many health diseases also due to lack of work.

Ewa: I agree with you. Nowadays we are getting habitual to gym culture and workouts on treadmills are increasing instead of running out in the open environment. Automation has made the life easy but it’s not required always.

Martin: Of course, there are some negative parts also but if we see from other side, due to automation, now many health related problems has been controlled. Smart sensors which monitors our diet and health routine are adding value to the life of individual. Even in sports, the smart sensors in tennis rackets which capture the impact of power and swings have improved the efficiency of players a lot.

Henry: Further adding to the point, automation is very necessary for dangerous tasks at hand like in factories and on sites of mining, where the risk of losing lives is very high. Even for the unpleasant tasks like related to construction work, where lot of labor is required without any utilization of human skills. So these boring and repetitive jobs are better performed by the machines.

Ewa: Automation to some extent is good but when more control is given to robots like artificial intelligence systems then it is challenging the discretion powers of the humans. Machines can never think like humans and so the decisions are also programmed without involving the sensitivity of the issue.

Suzan: As far as automation is concerned, it has always helped a person to ease the jobs and motivated the individuals to think beyond conventional thoughts. The world has developed so much in this last decade is all due to automation of things.

Martin: Further moving to the different dimension, even in environmental sector, automation has contributed a lot. The waste production due to automation has drastically reduced and many human errors have been eliminated. Moreover, the energy loss to the environment in form of heat has been captured roughly 85% and utilized again.

Peter: That is only the small energy saving part if we compare the energy actually goes into automation and fuel used by the machines for the proper working.

Henry: There might be some flaws also. But automation has helped the disabled person to overcome the disabilities and work like normal people by providing the proper care and independency.

Kevin: So overall. There are many benefits with little improvements which may be required in the automation and the way to use the automation.

Ewa: There may be many benefits but we can’t avail them until we does not find the solution to the problem of unemployment caused by these automation of machines and even the increasing automation has depleted the natural resources more than ever.

Peter: Definitely. I mean until we does not find the way to utilize renewable energy fully, we can’t say that automation has impacted us in the positive way.

Suzan: I agree that natural resources are getting scarce but without automation, it’s difficult to get to the sustainability level as proper utilization is ensured only by automation as waste is controlled to the significant level.

Martin: Moreover, the proper balance of economy can be attained by development and education level. Until people will keep doing the mindless jobs, there will be no one to think about economic balance. Further, for sustainability we can get increases the operating life of the machines with the technology which can last longer and in a way we can reduce electronic waste also.

Overall, Automation is very essential for growth of the world as a whole. Automation ensures the proper utilization of resources along with the contribution in various fields like healthcare, sports, energy and technology. Without automation, we will waste our time in the unnecessary things and economic balance in world is not maintained. Automation also helps in reducing the waste irrespective of the belief that waste is generated by it. It is short term effects of automation which looks like causing unemployment and destroying the way of life of people. But in long run, automation is the need without which we can’t focus on development.

1 Automation helps to reduce the efforts in any field.

2 Due to automation, many people got jobs in information technology sector.

3 Automation has freed the people from unnecessary work.

4 Even in sports, automation has improved the performance of athletes by monitoring their performance.

5 Smart sensors which monitors our diet and health routine are adding value to the life of individual.

6 The energy loss to the environment in form of heat has been captured roughly 85% and utilized again.

7 The operating life of the machines with the technology which can last longer and in a way we can reduce electronic waste also.

« Coronavirus Pandemic & Its Impact on Global Economy & Business Lockdown: Is it Enough to Fight the Pandemic? »
Important Group Discussions
Share this Page on: