5 people are having a discussion on the topic (Amit, Sarvesh, Rini, Naman, Radhika)

Amit: Hi. I agree with Naman. Demonetization of the old Rs500 and Rs1000 notes has been a good move by the government as it has directly removed the fake currency notes which were in circulation. In the long run, this is going to benefit India. 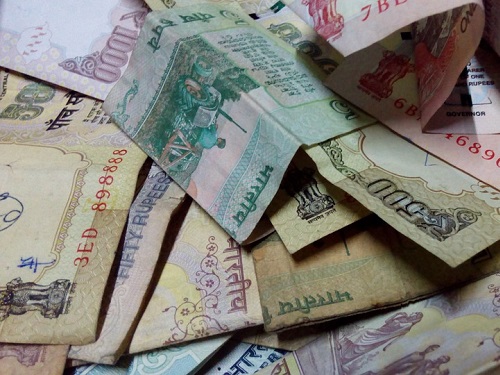 Radhika: I also have similar views as my fellow candidate. In the long run, demonetization can be useful but it has had a severe effect on the poor in the short run. Because of banning 500 and 1000 rupees notes, the common man has to face a lot of issues. They do not have easy access to either banks or ATMs, and less currency notes has also affected business.

Sarvesh: Yes you are right when you say that there is a short term loss, but to achieve something big on a large scale, these things will always happen. People will have to face some issues due to less currency notes in circulation. The government has tried to give access to people to notes through banks and ATMs with withdrawal limits of Rs2000 and increased it to Rs4500. This is a thing which will happen anytime such a process is done.

Radhika: That I agree. But the government could have been better prepared. Because of demonetization the people in villages, farmers, senior citizen etc have all struggled to get new notes.

Naman: I beg to differ on that point. I think the government did a fantastic job in executing the entire demonetization which started on 8th November 2016. They deadline given till 30th December to deposit old notes, and /or exchange limited currency notes was a good move. Also, things like government hospitals, toll plazas, petrol pumps etc were taken into loop to counter old 500 and 1000 rupees notes. To consider the massive scale of the exercise, this was a wonderful things done by the government.

Amit: Yes, there could have been slightly better preparation, but considering the corruption present in India, it was very important to keep it a secret.

Sarvesh: If it would have been announced earlier, corrupt ministers, officials, businessmen etc would have found ways and means to exchange old notes, thus killing the entire process. The biggest thing which has happened due to this is that all the fake currency notes have overnight become useless. This has had the maximum impact of the demonetization.

Rini: But who is responsible for the fact that poor people, old people suffered so much during this time. A lot of people have stopped their businesses as it was cash dependant. Also people have died standing in ATM and bank queues. How is this justified? And that too people who have regularly paid their taxes.

Amit: There are bound to be issues when such a massive exercise is being done on a national level.

Radhika: But is banning old notes and reducing black money at the expense of someone’s life justified? The government could have taken certain measures so that such incidents could have been avoided.

Sarvesh: Nobody ever wants such a thing to happen. These are very unfortunate incidents and the government could have predicted this. The main objective of the demonetization was to fight black money, fake currency, and I feel that is something the government has been able to do successfully.

Naman: People’s lives are the most important. But saving the Indian economy is also very important. And despite the bad incidents, the government managed to do this demonetization move quite well across the length and breath of India.

Demonetization of the 500 and 1000 rupees notes has been a massive exercise by the RBI and Modi government. This was truly an attempt to fight fake currency, black money and also the first step to fight corruption. The banks did there job well by working overtime to ensure old notes are replaced by new 2000 rupee notes and other denominations. However, poor people, villagers who had limited access to banks, ATMs etc had to struggle and are still facing the issue. In the short run this is a problematic issue, but demonetization can be extremely beneficial in the long run.

• Demonetization was announced by the PM of India, Narendra Modi on 8th November 2016

• Criticism: Economists have felt that it could have serious ramifications in the growth of the Indian economy. Cash shortage, deaths, stock market crash have created a negative vibe

• More than 86% people in India use cash for transactions. India is primarily a cash economy.

« GST (Goods and Services Tax) in India Its Folly to be Wise where Ignorance is Bliss »
Important Group Discussions
Share this Page on: