5 people are having a discussion on the topic (Arnab, Nidhi, Mayur, Garima, Kavita)

Arnab: We have a topic on GST today for discussion. GST or goods and services tax is the new indirect taxation system to come into effect in India. The intention is to make India a single market. I think it is a decent way to move forward.

Nidhi : Good morning everyone. I agree with Arnab. It is a very good move. Rather than having so many taxes levied by different states and bodies, GST forms a single tax system. GST is essentially a tax which is calculated only on the value added at each stage in a typical supply chain I.e. Manufacturer to the end customer. 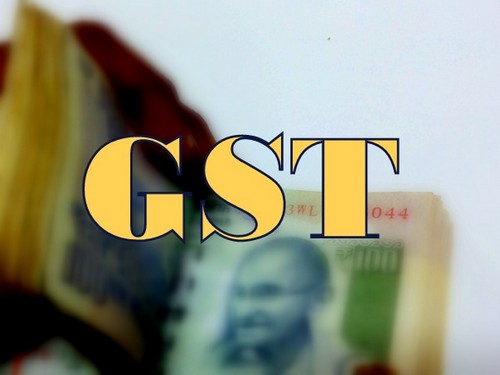 Mayur: Hi guys, I agree this is a single tax which would replace other taxes but if we see clearly it is not a single GST but a dual GST- central and state. This actually is almost same as it was. If GST has to be a success, it should be a single GST system and not a dual system. Currently it would add no value but replace old ones with new ones without actual advantage.

Garima: I completely agree with Mayur. CGST and SGST are nothing but new names of existing structure. For GST to be successful it should have single GST system.

Kavita: You are missing the bigger picture here. India being such a big country and with population so large, we cannot directly replace existing system at one go. It's better to have dual adminstration in GST with centre and state playing their respective roles in the taxation. The point is GST replaces so many taxes which are there and structures them into more manageable system.

The existing structure had so many problems. For example, multiple taxes on same value at Central level and state level. These taxes were in form of excise duty, service tax, sales tax, and then VAT. Now think from perspective of a businessman, so many taxes and so many records. The people need to concentrate on work they do and not managing and understanding taxes. With GST, this issue gets resolved on its own. On every value created tax is paid and then it moves on.

With all the complexity of current system, corrupt can manipulate the system easily by increasing complexity and misinterpreting laws and taxes for unfair advantage. With more simpler GST system, it would be more difficult to manipulate.

Arnab: That's a very fair point Kavita. Also with GST comes the technology backbone which would support the GST. With government backed IT infrastructure everything would be more accountable and transparent.

Mayur : Theoretically things look good but practically moving everything to GST is not easy. Also information and education to people would be a big issue.

Garima: As I mentioned before also, the GST would be successful only if it is single GST regime and not dual. Having dual GST model would mean the same thing as currently. Across the world, GST is a tried and tested model but in a single adminstration model.

Nidhi: India is an unique country and replacing years of taxation model would require phased approach and involvement of both centre and state.

Arnab: Thanks everyone. It was a great discussion on GST. I think we all agree that it is a good system but time will tell how and when it would be implemented with full effect.

India has many taxes in place like excise, sales tax, service tax, entertainment tax,VAT etc. These taxes are divided at Central as well as state level. These taxes are difficult to manage and sometimes causes the issue of taxation on already levied taxes in addition to inconvenience to businesses and customers. GST aims to solve it with single indirect taxation system.

• GST was introduced by Finance Minister of India, Arun Jaitley on 19th December 2014

• It would have CGST (Central) and SGST (State)

• Annual turnover base for SGST is 10 lakhwhile for CGST is 1.5 crore

• UK, China, Germany, France, Belgium etc all have GST. GST is suggested at a rate of 27%