What is Vertical Segregation?

Women are mostly at the bottom of the organizational hierarchy as compared to men under vertical segregation. This barrier in business is also termed as a glass ceiling for women. 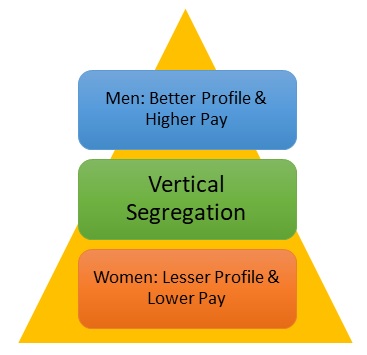 When there is a situation in an organization where men and women are in the same job category in the organization but the men are given more responsibilities and are entrusted with jobs requiring higher skills as compared to women or men are paid higher as compared to women then that situation too can be referred to as vertical segregation. Vertical segregation is very difficult to measure. It can lead to an unpleasant situation among the employees where one set of employee do not get what they deserve.

Hence, this concludes the definition of Vertical Segregation along with its overview.