What is Unfair Dismissal? 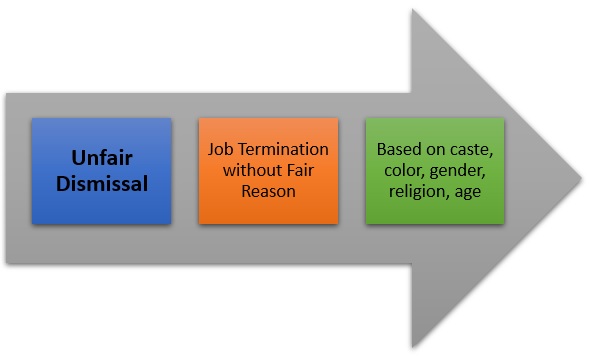 Ajay was an employee for an organization named XYZ Limited. In 2008, XYZ Limited was going through a crisis situation and decided to retrench most of its employees to cut down on costs, Ajay was also dismissed from his/her job in the downsizing of the organization, Ajay had worked with the organization for over 10 years and by law of retrenchment FIFO principle applies which means that if an organization has to retrench its employees it starts with the person hired recently and then goes backwards. Since Ajay had worked for a long time and was dismissed eventhough there were employees who were hired after Ajay, His/her dismissal would be deemed unfair according to the FIFO principle.

Hence, this concludes the definition of Unfair Dismissal along with its overview.