The threat of new entrants in the Amazon Porter Five Forces Analysis can be explained as follows:

Amazon has a wide range of businesses. The most revenue-generating of them are Online Video Streaming, e-commerce marketplace and Cloud Service provider, and hence this analysis will primarily focus on the major businesses. None of these businesses has a significant effect of economies of scale on reducing the costs based on mass production. Hence, this factor does not provide a significant entry barrier.

Customers might face switching costs since the streaming and AWS businesses have one-time payment plans. However, there is no considerable switching cost for the marketplace businesses and hence does not provide a significant entry barrier.

Coming to capital requirements, since the marketplace business is an aggregator business, there is no primary capital requirement for starting on a small scale. However, the cloud business needs upfront capital for setting up the storage and infrastructure requirements. The same applies to the streaming business, which requires significant upfront capital to buy movie rights and other licenses and set up the infrastructure.

Finally, Amazon and its major competitors like Walmart, Azure, etc. (for the streaming business) provide an incumbent advantage of a well-built brand name. They hence can provide a considerable entry barrier for any new entrant in the market. 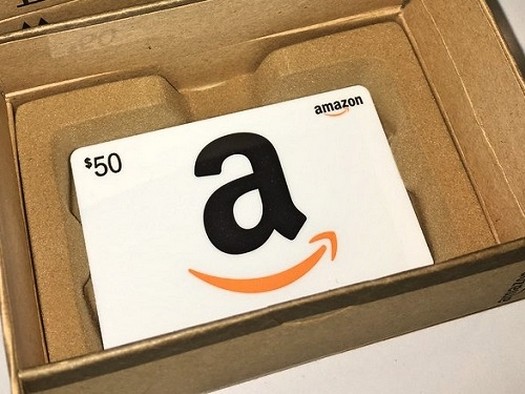 Below are the threats of substitute products of Porter’s Five Forces analysis of Amazon:

The e-commerce business faces medium to high threats in terms of the availability of substitutes.

Customers who prefer to try out the products before purchase may prefer offline stores. Further, the customers may also prefer to buy from independent brand websites which pull customers by providing exclusive site or app discounts. Coming to the streaming business, the major substitutes include movies in theatres or any other mode of entertainment for that matter and hence, it can be deduced that the threat of substitutes is high.

Moreover, when it comes to the e-commerce business, there is no cost of switching to a substitute if we ignore the minor transportation cost they might accrue for purchasing from offline stores. Similarly, for the streaming business as well, there are multiple media potential customers can switch to as a source of entertainment with minimal to no switching costs. Hence, largely the threat of substitutes is high in the businesses Amazon is in.

In the Amazon Porter Five Forces Analysis the bargaining power of the customers can be explained as:

The bargaining power depends on a large number of factors like the concentration and size of purchase, product differentiation, switching costs etc. We will look at Amazon’s e-commerce, streaming and cloud service businesses from all these aspects.

In the e-commerce business, the customers can be widely varying. Due to the large pool of products on the website, the size of purchase can be small to large. But due to the large volume of customers, there is no major buying power and losing few customers doesn’t really cost them much. Furthermore, there are no switching costs if the customer wants to opt for a substitute or a competitor. The products are largely undifferentiated, and they do not offer in a niche category, which provides additional buying power to the consumers. However, there is scope of backward integration as well, i.e. consumers buying products directly from the sellers instead of using the Amazon platform. Hence, overall the bargaining power of customers is a strong force for the e-commerce business.

However, the AWS business is largely B2B and caters to large businesses and the size of purchase can be in millions of dollars, and that too on a subscription basis.

Hence, the customers have considerable buying power in this regard.

Following is the bargaining power of suppliers in the Porter’s Five Forces analysis of Amazon:

Looking at the streaming service, there are largely two suppliers, the streaming infrastructure is built on top of AWS, which is an amazon subsidiary and hence no bargaining power. However, the content is provided by a range of production houses, and amazon might have to fight with competitors for streaming rights. A lot of content is also original content, produced by Amazon, and hence in this case as well, the bargaining power is limited but considerable.

Coming to the e-commerce platform, there are some big suppliers who might hold considerable power over the company, by denying them rights to sell on their platform, e.g., Apple. However, for majority of the other suppliers, there is almost no bargaining power over Amazon.

The impact of key competitors in the Amazon Porter Five Forces Analysis is as follows:

For the e-commerce business, Amazon faces considerable threat from giants like Walmart, Alibaba etc. With the push towards omni-channel retailing, companies like Walmart are integrating their brick-and-mortar stores with online shopping for an enhanced customer experience. Further, the number of direct and indirect competitors is huge. The competitors can range from similar giant e-commerce businesses to small brick and mortar stores and even small vending machines.

With a projected CAGR ranging from up to 15% in some middle-eastern countries to as low as 4% in countries like UK and France, there is possibility of stiff competition from rivals to capture market share in saturated markets.

For the streaming business, there is major threat from well-established competitors like Netflix, Disney+, Hulu etc. Currently it is roughly 71 billion USD industry worldwide. In the US market, Amazon Prime holds a market share of 25%, next only to Netflix with a 30% market share. These companies face intense competition from regional video streaming services like iflix and tencent video for market share.

There are exit barriers because of the intense infrastructure requirements and upfront capital needed to source content for the services.

To conclude, the above Amazon Porter Five Forces Analysis highlights the various elements which impact its competitive environment. This understanding helps to evaluate the various external business factors for any company.