The threat of new entrants in the Michael Kors Porter Five Forces Analysis can be explained as follows:

Michael Kors belongs to the luxury accessories and ready to wear section of the Fashion industry. This runs highly on brand equity, and there is not much scope for economies of scale. The innovation rate is high to continuously differentiate oneself in this luxury fashion industry. Any new firm that wants to enter this arena will require high capital costs for initial investment and working capital. It should also invest high amounts in innovation to differentiate itself. As luxury accessories are perceived as a status symbol by the customers, strong positioning is required by a brand like Michael Kors, and in order to do that, there should be high marketing capital as well. Building brand equity will take time. Differentiation of products is also high in the industry at the moment. However, access to the distribution network is considerably high, but at the same time, there are a good number of regulations to be met. Hence, we can say that the barriers of entry are high, and correspondingly, the threat of new entrants is less. 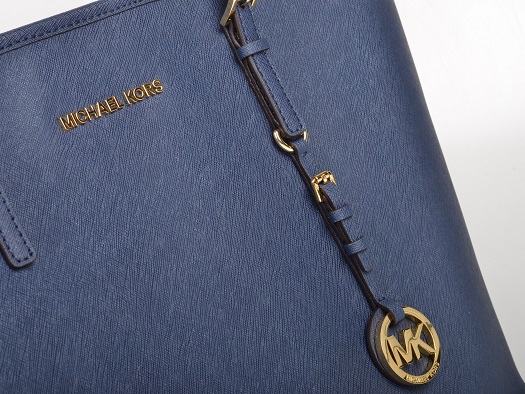 Below are the threats of substitute products of Porter’s Five Forces analysis of Michael Kors:

A substitute here is any product or service that has the potential to replace Michael Kors products.

The comparatively lesser expensive accessories produced by other companies can be considered as potential substitutes. But as the customers purchase Michael Kors products to satisfy self-esteem needs in the Maslow hierarchy of needs. They look at the firm's products as status symbols. Even though the basic value proposition is the same, its products are augmented products, whereas the cheaper substitutes are expected products. So, they do not offer a considerable threat. The costs of switching are low. As for affordability, the potential substitutes available in the luxury segment are more expensive than Michael Kors. From all these factors mentioned above, we can conclude that the threat of substitutes is low.

In the Michael Kors Porter Five Forces Analysis the bargaining power of the customers can be explained as:

With all these factors in mind, we can say that the bargaining power of Michael Kors customers is low.

Following is the bargaining power of suppliers in the Porter’s Five Forces analysis of Michael Kors:

A large chunk of Michael Kors' sales is for Apparel and Footwear. Most firms in the apparel and footwear industry purchase their input material from multiple suppliers and not from a single supplier. The purchases are made in high quantities from the suppliers. The input materials, such as the raw materials, are not very differentiable. There are more suppliers in the industry than the number of buyers in the industry. Due to this reason, Michael Kors will be able to procure input materials at lower prices. Within this industry, the suppliers do not compete with other items. This signifies that there are no alternative options for the product other than the ones provided by the vendors. As a result, suppliers' bargaining power becomes more powerful inside the industry. Michael Kors products are highly differentiated, and there is very little scope for forwarding integration threats from the suppliers. But it must be noted that the firm's profits are tied to suppliers closely.

The impact of key competitors in the Michael Kors Porter Five Forces Analysis is as follows:

Michael Kors already has a decent number of competitors such as Burberry, Kate Spade, Tory Burch, etc., but the number is not too high. As previously mentioned in the threat of new entrants, the barriers of entry are reasonably high. The switching costs are minimal for the customers, and their sales are not driven by economies of scale. Even though they are not high in number, the existing players are large in size and have a good amount of market share. So, the competitors will try to gain a higher market share to become the market leader. The industry is still growing steadily and hence, the competitors will not get aggressive to capture the market share from one another. As products are highly differentiated, it is hard for the competitors to win each other's customers as they will be looking for something else than what this firm is offering. Both the entry and exit barriers are high due to the high initial capital required and regulatory reasons. So, the firms will continue to play even at low profits.

Taking all the factors mentioned above into consideration, we can say that the competitive rivalry is moderate in the industry.

To conclude, the above Michael Kors Porter Five Forces Analysis highlights the various elements which impact its competitive environment. This understanding helps to evaluate the various external business factors for any company.