The threat of new entrants in the Taco Bell Porter Five Forces Analysis can be explained as follows:

The threat of new entrants for a fast food restaurant chain like Taco Bell is moderate; with its presence in several countries and being a subsidiary of a massive company like Yum, Taco Bell is not much concerned about the new entrants as to become a global player the barriers to entry are pretty high such as substantial capital investments and technological as well as infrastructure investments, however small scale players at a local level can definitely disrupt its local demand, however, differentiating factor for Taco Bell is unique. New entrants are unable to replicate it. Given that even the new local players emerge every day, they don’t pose any significant threat for a big fast-food restaurant chain like Taco Bell. The brand is currently sitting in a very comfortable position with a substantial market share. It does not seem very much concerned about the threat of new entrants in the fast-food restaurant chain market. Hence, we can safely conclude that the threat of new entrants for Taco Bell is relatively moderate. 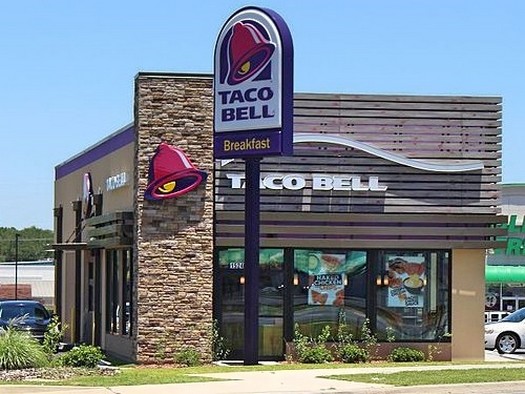 Below are the threats of substitute products of Porter’s Five Forces analysis of Taco Bell:

This is because of several reasons like meager switching costs for the customers, relatively low loyalty towards the brand, and various products fighting to fulfill the same desire that the brand currently fulfills. Any product that fulfills the demand for tasty and spicy food is actually in competition with Taco Bell and can serve as a valid substitute for the customers, with various new fast food restaurant chains and various local levels fast food chains the threat of substitute for Taco Bell is a significant one. With products like burgers and pizzas also competing to fulfill the same desire, the differentiating factor seems to become redundant. Hence, even for a fast-food restaurant chain like most enormous Taco Bell, the threat of substitutes is considerably high.

In the Taco Bell Porter Five Forces Analysis the bargaining power of the customers can be explained as:

The bargaining power of the customers for a fast-food restaurant chain like Taco Bell is low to moderate, just mainly because of the two reasons that are, the brand being a reputed multinational brand does not negotiate with customers adds it is a direct to customer brand. The second point being that the company already offers its product at a cheaper cost compared to its competitors. This American based fast food restaurant chain, Taco Bell, has always provided its customer with cheaper and tastier food as compared to its immediate rivals; established in 1962 the prices of its products have varied frequently but on a positive scale. Hence after all these factors, Taco Bell does not provide its customers with enough leeway so that they can accumulate a significant bargaining power.

Hence the bargaining power of a customer for a fast-food restaurant chain Taco Bell is low to moderate.

Following is the bargaining power of suppliers in the Porter’s Five Forces analysis of Taco Bell:

The impact of key competitors in the Taco Bell Porter Five Forces Analysis is as follows:

The competitive rivalry in the fast-food restaurant market is extremely high because the market is filled with several giants like McDonald’s, Domino’s, Pizza Hut, Papa Jones, KFC. These market leaders have a significant chunk of market share amongst themselves and do not let any other competitor enter their domain and even try to capture each other’s market share. This high level of competitive rivalry in the fast-food restaurant market is due to significantly Roth switching costs between companies for the customers and relatively low loyalty for the brand. To further increase this competitive rivalry, we have several local-level players who compete with these brands locally. The brand has to compete on a national level with each other and on a local level with each other and these local players.

Hence, we can conclude that the competitive rivalry in the fast-food restaurant market, especially for Taco Bell is high.

To conclude, the above Taco Bell Porter Five Forces Analysis highlights the various elements which impact its competitive environment. This understanding helps to evaluate the various external business factors for any company.