The threat of new entrants in the American Airlines Porter Five Forces Analysis can be explained as follows:

American Airlines is one of the leading airline companies based out of USA. The threat of new entrants in the airline industry is extremely low due to various factors such as the extremely high cost of capital investment as well as the infrastructure investment. Some other factors are a high level of knowledge and technology required to develop a sustainable business, and as the whole market is based on exploiting the economies of scale, any new entrant who is not able to utilize this would soon fail and would not be a profitable company. With companies like American Airlines, Southwest, and Delta owning a significant chunk of the market share, the threat of new entrants in the market is low; any new entrant would soon face substantial threats of hostile takeovers by these major players. With highly high capital investment, high barriers to entry such as knowledge and technology required, and the presence of extremely high competition and big brands like American Airline’s, southwest, and Delta, we can safely say the threat of new entrants in the airline industry for American Airlines is really low. 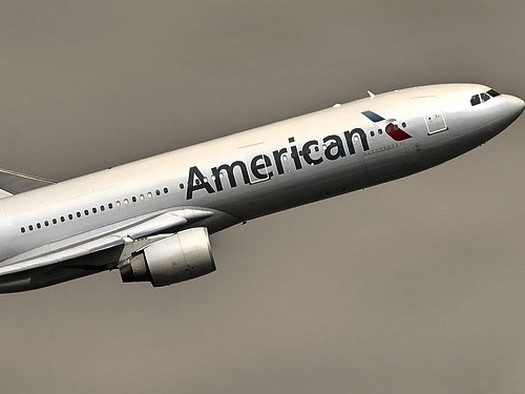 Below are the threats of substitute products of Porter’s Five Forces analysis of American Airlines:

The threat of substitute for an airline industry as well as any significant player in the industry such as American Airlines is low; air travel has become an essential mode of travel and cannot be avoided, especially when traveling internationally, even though a bit costlier compared to its counterparts such as roadways or Seaways, the airway industry is highly efficient in its working, and helps the travelers reach their destination in for shorter time compared to its substitutes, with a highly dynamic world and an increasing amount of international travels due to corporates going multinational the use of airlines has only increased, and due to the rush in today’s world the USP of the airline industry, that is, fast and safe travel, is extremely important and hence there’s no significant threat of any substitute.

In the American Airlines Porter Five Forces Analysis the bargaining power of the customers can be explained as:

The bargaining power of the customers in the case of an airline industry, especially for American Airlines, is moderate; this is because of the dynamic prices of the airfare that the companies charge. With a high fixed cost, the company needs a significant amount of Flyers to ensure that it is recovering enough amount from them; the company fluctuates the price. This is in accordance with the demand as well as the cost associated with it. This gives the customers some amount of bargaining power where if a considerable amount of players in the market are offering the same travel plan exact cost, the travelers can choose to negotiate the price.

However, this usually does not happen because the demand for air travel has only increased in the last five years; due to constant need and high volume of international travelers, it is rare that the flight is not fully booked and hence the costs associated with traveling is fixed this allows the company to further reduce the negotiating power of the customers.

Following is the bargaining power of suppliers in the Porter’s Five Forces analysis of American Airlines:

The impact of key competitors in the American Airlines Porter Five Forces Analysis is as follows:

The competitive rivalry in case of the airline industry and with American Airlines is high; even though the mark in airlines dominates the American airspace, its primary competitors like Southwest Airlines, called the delta airlines are very close and similar in market share as compared to American Airlines. Still, its competitors are not far behind with significant market share. With the power of dynamic pricing and almost similar fixed costs, these players are always fighting for more and more market share and capturing each other’s market, with almost an insignificant switching cost within the brands for the customers the competitive rivalry is further increased. There is almost no significant loyalty towards a brand in customers enhance they are not very much concerned about the airlines that they travel with this makes it much easier for the competitors to poach a client from one another.

Hence, we can say that the competitive rivalry in the airline industry for American Airlines is high.

To conclude, the above American Airlines Porter Five Forces Analysis highlights the various elements which impact its competitive environment. This understanding helps to evaluate the various external business factors for any company.