The political factors in the American Airlines PESTLE Analysis can be explained as follows:

American Airlines is American government regulated company founded in 1982. It has to work according to the policies set by the government. It is necessary for the company that healthy relation between America and middle east countries should be maintained as American lines is very much depended on the oil and any shortage of oil can create a lot of problem for the company. American Airlines operate its flights in 55 countries, majorly working in north and south America. The regulations put up by the American government, US department of transportation and Federal Aviation Administration increases the cost of operation for the American Airlines. After 9/11 attack, the government put a tough measure to check security at the airport and in the airlines. The airlines has to spend a lot on enhancing the security of the airlines. 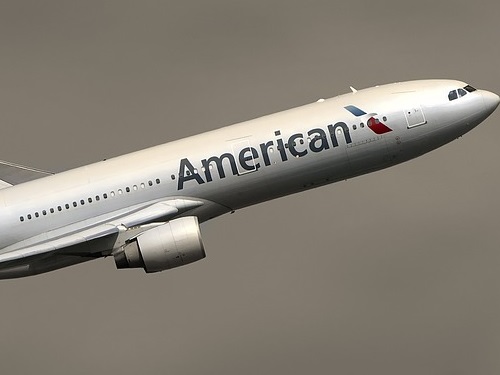 Below are the economic factors in the PESTLE Analysis of American Airlines:

The International Air Transport Association revealed that by 2037 passengers travelling in aeroplanes will be doubled to 8.2 billion.

It presents a great opportunity for the American Airlines to expand its market in north and south America and venture into the Europe and Asian markets where airline market is growing at a rapid pace. One of the most important components affecting the business of American Airlines is oil, the fluctuations in oil prices make the condition very volatile for the company to work in. moreover, the company is not being able to recover completely from the global slowdown happened in the year 2008. The disappearance of the Malaysian airline has also created havoc in the industry and people began to question whether the airline travel is as safe as the airlines claims it to be.

In the recent years, airline industries saw a sudden growth in its ticket sales specially from the developing countries like China and India. The cheap airfares and increase in the income of the people has prompted the people to travel in airlines. Most of the people wants to travel in the aeroplane but earlier the high prices made it impossible for the middle class family to travel in planes but the heavy competition in the airline markets led to a huge cut in the prices of the airline tickets and thus make it possible for the middle class people to travel in planes. The boost in the tourism sector also contributed in the increasing sales of American Airlines. Now people want to travel around the world and explore different places. This has opened a window of opportunity for the American Airlines to increase it market share by attracting the potential travellers to its airlines.

The technological factors in the PESTLE Analysis of American Airlines are mentioned below:

Technology is the necessary requirement for any airline company and any airline company needs to constantly upgrade it fleet to remain competitive in the market. The American Airlines is constantly purchasing the aircrafts which are more fuel-efficient which has saved billions of dollars for the company. The American Airlines is also using machine learning and Artificial Intelligence to gather the data flight data and analyse the problems and finding the scope of improvement. Machine learning is helping the company to predict the future demand, to know where a customer will be or what will impact them in 5 minutes, in 10 min or in 30 mins.

The company also launches its app where customers can book the flight tickets, web check-in, select preferred seats and find the location of their bags.

Following are the legal factors in the American Airlines PESTLE Analysis:

American Airlines need to be very careful regarding the rules and regulations of the countries. Passengers safety is the utmost importance for any country and rules are set accordingly. The New York attack changed the whole security system of the airlines. After that attack many security laws have been imposed on airlines and airports to enhance the security of the passengers and to ensure that terrorist attack doesn’t happen in any case. Customers can sue airway companies like American Airlines and hence legality is critical for an airline operator.

In the American Airlines PESTLE Analysis, the environmental elements affecting its business are as below:

American Airlines is a very environment friendly company. It is working really hard to add more and more fuel-efficient aeroplanes in its fleet. It has the youngest fleet in America with average age of fleet is 9 years. American Airlines has set a goal for itself to reduce its carbon emission by 50% in next 30 years. Its Dallas Fort Worth International Airport is using 100% electricity produced from renewable sources. It has set the target to source 2.5 million gigajoules of energy from renewable sources.

To conclude, the above American Airlines PESTLE Analysis highlights the various elements which impact its business performance. This understanding helps to evaluate the criticality of external business factors for any brand.