The threat of new entrants in the Ferrero Rocher Porter Five Forces Analysis can be explained as follows:

Ferrero Rocher caters to a very specific audience, the people looking for premium chocolate; they are known for being a premium confectionery. For example, the brand does not simply sell chocolate. They sell the opportunity to be a part of a premium club. People buy Ferrero Rocher because of its premium and rich status. In a way, the brand is a status symbol. For any new entrant to enter this market, it would be a challenging task; it would require a lot of skill set and technology, a particular knowledge set. The barriers of entry are high; any new entrant would also have to invest a significant amount of capital to build a brand even come parable to Ferrero Rocher. The company is not affected by small scale players in the market. Hence it would be safe to conclude that the threat of new entrants for Ferrero Rocher is low. 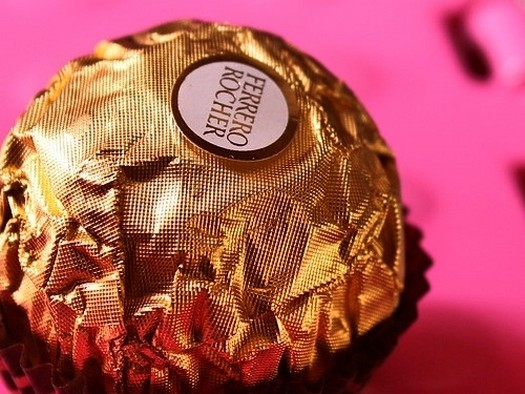 Below are the threats of substitute products of Porter’s Five Forces analysis of Ferrero Rocher:

The threat of substitutes for Ferrero Rocher is moderate to high, as the brand is not just selling chocolates rather the premium perceived experiential value associated with it.

Any Product that targets the same desire is basically a substitute for Ferrero Rocher. Take the use case of the brand as an expensive gift; any product that can be used as a costly gift is a potential substitute for Ferrero Rocher, be it an Expensive Vase or a set of Golf Clubs, the options are endless. The main reason for this disadvantage is the multiple use case of the company and the perceived brand and experiential value associated with it. Given the multiple players in the market, the multiple use cases of the brand, and the high competition in the market within the numerous use cases, we can easily understand why the Threat of substitutes for the Ferrero Rocher company is Moderate to High.

In the Ferrero Rocher Porter Five Forces Analysis the bargaining power of the customers can be explained as:

To avoid this and to ensure that the premium image of the band is not harmed, the company has put in several countermeasures, and hence we can safely say that the bargaining power of the customers in the Ferrero Rocher company is extremely low.

Following is the bargaining power of suppliers in the Porter’s Five Forces analysis of Ferrero Rocher:

Ferrero Rocher is one of the largest market players in the world. It has a significant worldwide market share in the chocolate industry, with over 3 billion chocolates being sold each year in more than 40 different countries, the need for raw material is humongous, and to ensure that the need is adequately met without any obstacles, Ferrero Rocher has established an extremely resilient supply chain. They are incredibly open and transparent about their suppliers, who then extract raw material in an environmentally safe way. They’ve been known to procure their palm oil in environmentally safe, responsible palm oil sourcing. Given the enormous scale of production and the brand reputation it holds a lot of power over the suppliers, no suppliers would want to lose a mammoth client like Ferrero Rocher, because to fulfill the gap created by the loss of a big client, they would have to approach multiple other clients which is a challenging task. Given the points above, we can safely conclude that the bargaining power of suppliers is low in the case of the Ferrero Rocher company.

The impact of key competitors in the Ferrero Rocher Porter Five Forces Analysis is as follows:

Given the insignificant switching cost for customers and a high saturation in the market, we can say that the competitive rivalry for Ferrero Rocher is High.

To conclude, the above Ferrero Rocher Porter Five Forces Analysis highlights the various elements which impact its competitive environment. This understanding helps to evaluate the various external business factors for any company.