The political factors in the Ferrero Rocher PESTLE Analysis can be explained as follows:

Ferrero Rocher is one the leading chocolate brands in the world. Government policies and functioning can provide both the opportunity and threat to the company. The formation of European union and tariff free trade among the European countries made it easier for the company to sell its products at a very low tax rate and without much barrier. Moreover, the free movement of European people in European countries provides the opportunity for the company to hire the best talent without much acquisition cost. The business of Ferrero Rocher is dependent on several political factors across all the countries. 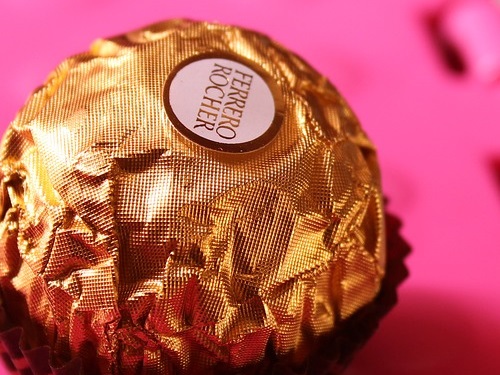 Below are the economic factors in the PESTLE Analysis of Ferrero Rocher:

Several economic factors are responsible for the business of Ferrero Rocher.

Ferrero Rocher comes across as a premium brand of chocolate. Social factors played a very important role in deciding any strategy regarding the business. People have different preferences and choices based on their personality, cultures and values. Ferrero Rocher is premium chocolate brand so much so that in countries like India and china it is a given more as gift rather than for self-consumption. For people in India, china, Pakistan and other developing countries, it is a very high-priced chocolate which they cannot purchase and eat on a regular basis. Whereas in America and European countries it is consumed widely and regularly. According to different studies, Obesity is increasing at a very rapid pace especially in America where already 70 million people are obese. Nowadays people are becoming more health conscious, so they started avoiding sugary products, which became a challenge for the Rocher and it is finding ways to deal with this situation and finding an optimum solution.

The technological factors in the PESTLE Analysis of Ferrero Rocher are mentioned below:

While many companies nowadays are rapidly adopting online mode for selling the confectionary items, Ferrero Rocher is lagging behind in this race. It has not yet started selling its products on its own e-shop. Neither it is very active on social media to connect with the people nor it promotes it products online. It is very much required for a company in this todays digitalized world to adopt the new technologies as soon as possible, otherwise it can become obsolete.

Following are the legal factors in the Ferrero Rocher PESTLE Analysis:

An uproar was created when it was found that Ferrero Rocher’s Nutella has secretly tweaked its recipe making the product sugary and fattier with fewer hazelnuts. It was viewed by public as a breach of trust and they started posting negative comments about the company on the social media. People started saying in this age when the people are trying to control their sugar consumption, secretly tweaking the recipe to add more sugar is very unethical practice. These kind of practices makes very bad image for the company like Ferrero Rocher which can be very detrimental for it for a long time.

In the Ferrero Rocher PESTLE Analysis, the environmental elements affecting its business are as below:

It is now become pseudo-mandatory for the companies to make its supply chain and its overall process more sustainable as people nowadays favour those products which has very less negative impact on the environment. Now Ferrero Rocher company said that it is trying its best to work more on four pressing issues ranging from product safety, Human rights, responsible sourcing to nutrition.

The company has decided to end all deforestation from its supply chain. They have already accomplished the target of sourcing only cage free eggs using only sustainable pal oil. It has set a target for itself for using only certified sustainable cocoa and responsibly sourcing sugar by 2020.

To conclude, the above Ferrero Rocher PESTLE Analysis highlights the various elements which impact its business performance. This understanding helps to evaluate the criticality of external business factors for any brand.