The political factors in the LG PESTLE Analysis can be explained as follows:

LG Electronics– abbreviated form of Lucky Goldstar, is a South Korean electronic home appliance company with its reach in all the corners of the world. Political regulations are of most concern in 21st century. With LG being the world leader in electronic home appliances there is also a risk involved. When the business has grown in multiple parts of the world, its manufacturing units spread across the world and mainly focusing in Asian region. The political situation of those regions becomes very critical to be considered. Frequent change in political leaders of a nation causes the changes in perspective of government in the way it looks at business. The subsidies may be reduced, laws may become more labor centered etc. When goods have to be moved from one place to another the tax is a major component in the financial transaction. These laws that govern tax payment also gets revised with political scenario. Whole supply chain gets disrupted and the business finds it tough to be in the position of global leader. If any country that LG Electronics wants to expand is prone to terrorist attacks or is prone to military invasion then that part of expansion of business should be re-worked upon. 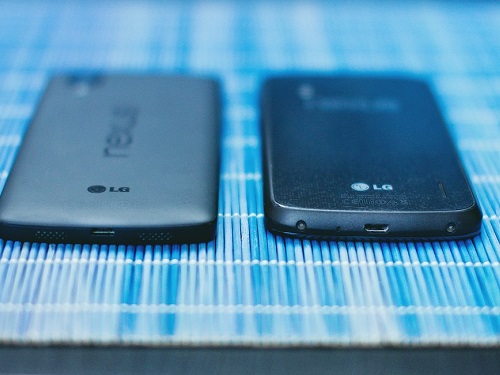 Below are the economic factors in the PESTLE Analysis of LG:

There are several economic factors which directly influence the business of LG Electronics.

The factors depending specific to country like their own taxation policy. Each country has its own taxation policy in place and it is rigorously followed. Global scenarios like the global recession of 2008 was a period when public lost its power to buy leisure and fancy stuff due to cut in number of jobs and weak economy. Their spending power came down drastically. Exchange rates of national current of South Korea with respect to dollar is critical. Being a global brand, the currency fluctuations affect business of LG Electronics. More the value of currency against unit dollar weaker is the indication of currency in international market. Interest rates in that county also matter because there are many home appliances which user buys by taking loan and if the bank offering loan at higher rates then it would be difficult for user to willing fully opt for high loan rates. The rates of steel in international market affects the overall cost of production of its products.

People in 21st century have increasing amount of disposable income with them. Except in times of recession people are in weak economic condition but except that the income strength of public had increased. The desire to buy more a more advanced home appliance is made possible with ease to take a loan for the same. They see luxurious brands and their products as a sign of social status and they are in no compromising position to let their status come down. LG Electronics as a brand is affected by such social factors. The educational level of people in 21st century is increased tremendously. The ease with which they can intersect with smart devises including smartphones, smart TVs etc. is impressive. The socio-cultural factors also effect the marketing strategy of the firm. The advertisements that are carried out on Television are seen encouraging by public since they see their favorite celebrity in it.

The technological factors in the PESTLE Analysis of LG are mentioned below:

Electronic home appliances section has seen a huge surge in the technological advancements. Starting from big box TVs we have now come to flat screen LED TV which are extensively accepted and comfortably enjoyed by the crowd. Technology is ever changing and thus the brand LG should also adopt the same in its products to be in active in the competitive market. There are many stories like Kelvinator, BPL who couldn’t catch up with the technical advancements and changing needs of consumer and thus they had to wind up their business. People prefer cloud storage even for TV. The refrigerates are smart as well. They adopt automatically with the surrounding temperature to keep the eatable items healthy and fresh.

Following are the legal factors in the LG PESTLE Analysis:

Intellectual property is one of the main laws that should be taken care of. Technological development is carried out via research and Development by all the firms in the sector of home appliance. They have a separate division of R&D for this sole purpose. But when LG discovers a new discovery and a breakthrough one like the flat screen TV it should protect the technology in a way it can’t be illegally used by its competitors and take away their competitive advantage. Laws pertaining to environment protection including protection of flora and fauna should be followed strictly since they are at global level. Taxation laws change from state to state and they are to be incorporated to avoid heavy penalties.

In the LG PESTLE Analysis, the environmental elements affecting its business are as below:

The main reason and evident criticism that LG Electronics and all home appliance for that matter face is the amount of carbon footprint they leave behind with each unit of product they manufacture. The electronic waste that is generated was unregulated until some years.

But when the world as a whole noticed the major and severe issue it posed to the human waste since it is non-biodegradable. re-using its components is one way of reducing the waste that is generated per part. Waste that is generated from the manufacturing plant should be neutralized and then only be poured into water bodies or in air as well.

To conclude, the above LG PESTLE Analysis highlights the various elements which impact its business performance. This understanding helps to evaluate the criticality of external business factors for any brand.