The political factors in the Patanjali PESTLE Analysis can be explained as follows:

Government in India never had a separate ministry for ayurvedic medicine and research before 2014. In 2014 AYUSH - The Ministry of Ayurveda, Yoga & Naturopathy, Unani, Siddha, Sowa Rigpa and Homoeopathy was created which promoted research of alternate medicine. Government is also keen on encouraging firms to develop alternate medicine than allopathy. Baba Ramdev has his own political relations helping him stand strong in the business setup. Make in India is the biggest boost for Patanjali since the whole concept of manufacturing most of the needs internally is fulfilled by it. 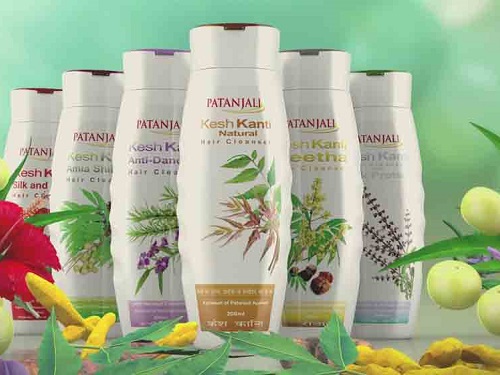 Below are the economic factors in the PESTLE Analysis of Patanjali:

Increasing Inflation rate in India has been the main reason the Indian population is looking for cheaper alternate of products.

Patanjali has captured this need just perfectly. Increasing tax and interest rates effects the cost of production of products. Patanjali is recognized as a affordable brand in the lower middle class and middle class section and it would like to remain same. Currency exchange rates effect less to Patanjali since it procures its raw materials internally within India. It has nothing to do with imports from foreign. GST introduced in India has been a great boon to Patanjali. The increased income capacity of the middle class in India has been an advantage to Patanjali.

The population around the world, as a whole is becoming more health conscious. Patanjali as a brand is ayurvedic and hence is side effect free. The products are supposed to be healthier since they are mineral and herbal. One more reason for people preferring Patanjali products is the rise in the life style related health issues. The incorrect work life culture is major reason for body pain, weakened bones etc. baba Ramdev also has a very strong and devoted followers for his yoga trainings. He has held camps all across India and he is a very well-known and established face in India. Time to time he has also expressed his nationalist sentiments through media and that’s also a reason people seek to believe his brand.

The technological factors in the PESTLE Analysis of Patanjali are mentioned below:

The biggest victory for Patanjali has been signing the Transfer of Technology from DRDO which will be benefiting the people living in Leh since this technology will be used to make products from the berries grown in Leh. Government is completely supporting the technological advancements in medicine and ayurvedic field specifically.

Setting up of the Patanjali Yogpeeth Trust at Haridwar is one such strong step towards the Research and Development in alternate medicine industry.

Following are the legal factors in the Patanjali PESTLE Analysis:

There are several laws that govern Patanjali and its functioning. The medicine central control act 1970, the drug and cosmetic act 1940, the drugs and magic remedies act 1954 being a few of them. There is also heavy penalty in case Patanjali carries out unlawful branding of its products just to reach out to and attract more audience.

In the Patanjali PESTLE Analysis, the environmental elements affecting its business are as below:

The biggest advantage that Patanjali has is that it produces environment friendly products.

They make products like detergents which are bio-degradable. Their main aim is to provide the customers with natural form of products without much artificial interference. They also have invested in bio-research to improve their product range.

To conclude, the above Patanjali PESTLE Analysis highlights the various elements which impact its business performance. This understanding helps to evaluate the criticality of external business factors for any brand.