The threat of new entrants in the Dr Pepper Porter Five Forces Analysis can be explained as follows:

Dr Pepper is an American carbonated soft drink company currently in operation in North America, Europe, Asia and South America. The company has an annual revenue of $11 billion USD. The industry in which the company operates is such that there are good chances of new entrants making a mark in the industry. Since the cost involved in establishing a production unit and starting operations is less, new entrants would not be facing difficulty in a small geographical area. They can make a space for themselves by using a low pricing strategy and a new value proposition. But they will never be able to match the name and fame of established firms in terms of investments and operations. There are people who admire the fame and name of top brands and will buy from them only. Besides, there are regulations by the food authority regarding the quality standards to be followed. This increases the operating costs of the company and hence reduces the threat of new entrants. Thus, overall, the threat of new entrants is a moderate force affecting the operations of Dr Pepper. 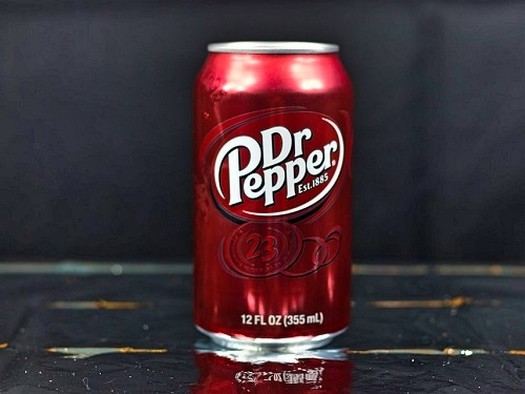 Below are the threats of substitute products of Porter’s Five Forces analysis of Dr Pepper:

There are a lot of alternatives to carbonated soft drinks available out there.

Starting from normal water, anything drinkable is a substitute for Dr Pepper. Thus, the threat of substitutes is pretty high for Dr Pepper. This might even include a packaged product or freshly made products also. The customers are looking for anything to meet their thirst, and thus the company has to come up with a unique value proposition to sway the customers towards their products. But there is a sense of goodwill associated with the drinks, which other substitutes cannot replicate. People are concerned about the quality standards of food products and are generally willing to pay high for good products. Dr pepper is known for serving good quality products at reasonable prices. Besides, the marketing efforts of big players like Dr Pepper will also induce the customers to choose their product over others. Thus, the threat of substitutes is a moderate force.

In the Dr Pepper Porter Five Forces Analysis the bargaining power of the customers can be explained as:

The segment in which Dr Pepper operates is known for intense competition among drink makers. This prompts the customers to choose the best available deal at the most economical price. Besides, the product is generally a low involvement product. Thus, the customers will have to choose between the available products which give them most return to their money. This increases the bargaining power of the customers. But there are some customers who are willing to pay high also to enjoy the quality and standards provided by the top players like Dr Pepper. They value the brand equity and admire the name and fame of the products. This reduces their bargaining power. There is generally very little chance of backward integration by the customers. This reduces their bargaining power further. Besides the availability of the drinks will also be an important concern for customers.

Thus overall, the bargaining power of customers is a moderate force affecting the business of Dr Pepper.

Following is the bargaining power of suppliers in the Porter’s Five Forces analysis of Dr Pepper:

There are generally a lot of suppliers in the market than the number of suppliers. The brands generally have different vendors for different raw materials involved in the manufacture of the product. This reduces the negotiation power of each supplier of brand like Dr Pepper considerably. Besides, the companies usually have regional tie-ups with local suppliers. Thus, the suppliers will have little role in the strategic decisions taken by the brand. There is also a sense of goodwill associated with the brand, which the suppliers will be willing to associate with. The suppliers with access to most of the supply chains will have a higher bargaining power compared to smaller players. Some of the suppliers will be providing supplies to multiple brands, which increases their capability to bargain power. There are chances of forwarding integration by suppliers also, which further increases their bargaining power. Thus, bargaining power of suppliers is a moderate force affecting the operations of Dr Pepper.

The impact of key competitors in the Dr Pepper Porter Five Forces Analysis is as follows:

The major competitors of Dr Pepper are The Coca-Cola Company, PepsiCo, Fever-Tree, Red Bull etc. These are established brands whose products are equally admired for their quality and standards. This takes the competition to a very high level. Apart from these, there are a lot of local players also who have a pretty good market share in certain geographical regions. All these players cater to a saturated market which shows a very slow growth rate. Thus, the competition is very intense in the market space. All these brands are well known for offering similar products at similar prices. The product differentiation is also very less. Thus, the company is bound to invest lump sum amounts into their marketing and research efforts to make a breakthrough. Any move by any important player is easily replicated by others keeping the competition heated.

Thus, the competitive rivalry is a strong force affecting the operations of Dr Pepper.

To conclude, the above Dr Pepper Porter Five Forces Analysis highlights the various elements which impact its competitive environment. This understanding helps to evaluate the various external business factors for any company.