The threat of new entrants in the Qantas Porter Five Forces Analysis can be explained as follows:

Qantas Airways operates in Australia & nearby international destinations. The airline industry is a capital-intensive industry thus the threat of new entrants is low. Since the aviation industry is lucrative in Australia with the overall market contributing to the Australian economy and expected to grow significantly, large corporations have been eyeing to invest in the industry and grab a share of the pie. New entrants bring in more innovation and advanced technology to offer more services and add new value propositions for customers at competitive prices. To combat these challenges, Qantas is also innovating its offering and investing heavily on IT infrastructure and high investment in R&D making it difficult for new entrants to follow. Furthermore, tight government control in terms of licensing and legal requirements acts as an entrance barrier, benefiting incumbent enterprises such as Qantas. Existing companies' retaliation, in the form of collusion to avoid new competition, discourages new market participants even more. 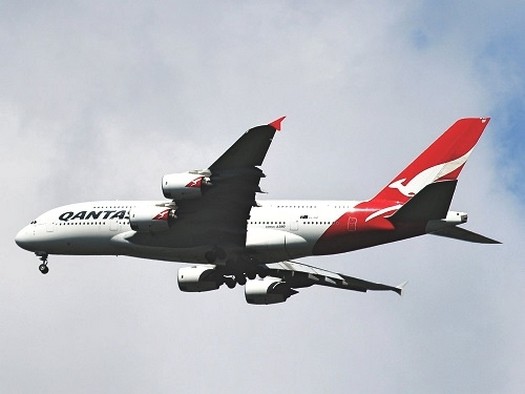 Below are the threats of substitute products of Porter’s Five Forces analysis of Qantas:

The threat of substitutes of the airline industry in Australia is low as it is the fastest mode of transportation at longer distances compared to road and rail transport.

Additionally, Qantas and Virgin offer services at comparable prices to that of alternatives of aviation. The offerings of the aviation industry in Australia are far better in terms of experience, services such as free Wi-fi, meals and other quality hospitality services at comparable cost to that of other alternative cost thus the customers prefer airlines as medium of travel against other substitutes. Furthermore, Qantas is a dominant player in Australia's airline market offering services at cheaper prices with additional heavy discounts during festive seasons thereby attracting a large pool of customers to experience flying with Qantas. Because of Qantas’s distinctiveness and branding, it has been able to compete with its substitutes.

In the Qantas Porter Five Forces Analysis the bargaining power of the customers can be explained as:

The bargaining power of customers in the airline industry is higher as there are various airlines available in the market offering various services in low-cost airlines and premium class airlines. The switching cost of customers is also low because of the increasing value-added services offered by competitors at low prices to gain market share. Price cuts and Price wars are also a frequent phenomenon in the Australian airline market, instating more power in the hands of customers. Qantas is considered one of the leading dominant players in the airline industry. Qantas improves its competitive positioning by cultivating customer loyalty and providing exclusivity to its consumers, hence lowering its customers' bargaining power.

A corporation can reduce defection of existing consumers to competitors and garner additional negotiating power by introducing differentiated services and diversifying its product offerings.

Following is the bargaining power of suppliers in the Porter’s Five Forces analysis of Qantas:

Qantas buys its supplies of raw material from Airbus for aircrafts, IBM for IT infrastructure, Amadeus for software computing & IT companies for application management. There are numerous suppliers to buy raw materials thus the bargaining power of suppliers is low in the airline industry. However, suppliers in a dominant position in the market do affect the prices and at times higher the bargaining power of suppliers. Qantas spends majority of its revenue in procuring significant quantities of goods and services thus it ensures effective, efficient and strong supplier relationships to buy supplies at competitive prices from financially stable suppliers. It also relies on quality substitutes/ alternatives to reduce dependency on specific raw material and suppliers. Qantas and other market players have a competitive advantage since their switching costs are low. Suppliers are discouraged from integrating forward due to the high capital investment in this market, giving Qantas an advantage over its suppliers.

The impact of key competitors in the Qantas Porter Five Forces Analysis is as follows:

Major competitors of Qantas are Spirit Airlines, Air China, Southwest Airlines and Cathay Pacific Airways. Qantas is the largest domestic carrier in Australia. It is the oldest and most reputed airline among Aussies. It caters to premium end customers. Qantas has an edge over other airlines because of its brand recognition and positioning and Qantas group enjoys the highest market share in the Australian airline industry. Since the price wars are common in this industry, Qantas face stiff competition from competitors giving more bargaining power to customers. The price fluctuation requires huge capital investment leading to losses in operations of these firms. The industry growth is steady and represents a decent share of the Australian economy making it a lucrative market for competitors to attract more customers.

Even if exit barriers are low and players who are struggling to stay afloat continue to operate, resulting in a fierce battle for market share.

To conclude, the above Qantas Porter Five Forces Analysis highlights the various elements which impact its competitive environment. This understanding helps to evaluate the various external business factors for any company.